The most important one I think is that Win32 apps will now be accepted in the Windows Store. That is a huge policy change, which had been leaked before but with no confirmation until now. From what I understand, Win32 apps do not need any special coding, but they will be prepped by Microsoft to download automatically just like Modern API aps, and will also execute in a sandbox. As far as I know the only limitation of their sandbox is the possibility to run as a service or to install drivers. This is a major announcement for Xojo Windows developers. In such a fragmented and overcrowded market as the Windows one, and even if at present the Windows Store is still in infancy, the exposure and potential of the equivalent of the Mac App Store is iMHO an excellent news.

At this moment, I checked in the Windows Store dashboard, there is nothing yet there for Win32, but I’ll make sure to keep the forum posted.

Web apps should also be accepted in the Windows Store, but details are so far unavailable. That too can be a fantastic opportunity.

There are numerous announcements of interest like Java and Objective-C bridge to Android and iOS apps, or Visual Studio for Mac. See here the official portal for the conferences.

I am in the process to complete a Windows touch enabled Metro UI version of my Check Writer app I wanted to have listed in the Windows Store, so I could reach x86 tablet users. Lucky me, I did not buy the Authenticode digital certificate yet.

I shall monitor what is going on on that front, and will probably submit my app as soon as it is possible. I will report when things happen. I guess registered developers who already have universal apps in the store like me will get notice from Microsoft when Win32 can be submitted.

We did pay attention to the announcement and from what we can discern they are going to wrap the Win32 app in a small VM of it’s own with it’s own registry etc so it will be interesting to see how that affects their operation.

But it is a big deal that MS is going to allow this at all after years of trying to push Metro/Modern UI only in the store.

[quote=184374:@Norman Palardy]We did pay attention to the announcement and from what we can discern they are going to wrap the Win32 app in a small VM of it’s own with it’s own registry etc so it will be interesting to see how that affects their operation.

But it is a big deal that MS is going to allow this at all after years of trying to push Metro/Modern UI only in the store.[/quote]

The cool thing is that Modern UI is just that : UI. And Xojo can emulate a very great deal of it. I have been able to recreate panels, message boxes, notifications, plus a slew of little things like detecting when used on a tablet without keyboard, to enable kiosk mode and on screen keyboard when needed.

I almost completed the touchification of Check Writer, and I should admit that if Windows 8 is sometimes difficult to bear with desktop apps, it becomes quite nice with Metro UI. In many ways, there are convergences with iOS in the way the UI is made, and the fact I had already created an app in a touch environment made me more sensitive to that particular design.

Seems to me they finally realized that in spite of their push for the new API, they would never be able to get people on board. Significantly enough, one of the first Win32 apps that will be in the Windows Store is Photoshop Elements.

In many ways, Steve Ballmer had entrenched Microsoft in the mud, refusing both to acknowledge the need to support legacy, and to accept the new portable devices deal. Satya Nadella on the opposite, together with sporting the same kind of attire as Steve Jobs, seems to have a great deal more mental flexibility. Announcing support for iOS or Android code being one of the most striking.

Microsoft is cool again. Not fun. But cool.

"Seems to me they finally realized that in spite of their push for the new API, they would never be able to get people on board. "

Stupid is as stupid does, as Mrs. Gump said. They were warned most vociferously from all directions but in typical MS style they ignored it all. Now both responsible Steves are thankfully gone.

Steve Ballmer always looked like a used car salesman to me.

MS has a very long way to go before being “cool”.

I’ve seen Win32 apps in the Windows Store before, which I asked about in this conversation: https://forum.xojo.com/20334-windows-store-accepts-desktop-app-listings

I haven’t read all the MS Build announcements yet, but it sounds like this newly announced thing is different than what was previously allowed?

[quote=184427:@Paul Lefebvre]I’ve seen Win32 apps in the Windows Store before, which I asked about in this conversation: https://forum.xojo.com/20334-windows-store-accepts-desktop-app-listings

I haven’t read all the MS Build announcements yet, but it sounds like this newly announced thing is different than what was previously allowed?[/quote]

Indeed, this is a quite different deal. The previous onboarding program was a third class treatment for retarded desktop developers. You had to acquire a very costly Authenticode digital certificate ($599 a year at Verisign), then submit your app to the Windows Store, not to be distributed there, but only listed. Then you needed to sell and serve by download the app on your own server.

I almost went through that process a month ago or so, but fortunately RubberViews took my time away.

The new policy, as far as I understand, will be similar to the Mac App Store : you submit your app though the dashboard (equivalent of iTunes Connect) like you would for Modern API universal apps, then after review, it is posted in the store for sale. The user buys from the Windows Store and the app is installed immediately on his PC. Then at the end of the month, Microsoft pays the developer.

Technically, it seems Microsoft will be taking care of the sandboxing through some sort of virtual box in which the app will execute. At least, that is what journalists report, but we will need to see it actually played.

One thing is for sure : in a rather tired overcrowded PC market where launching a new title feels like embarking to America from Spain on a pedalo with sharks circling around, being able to introduce an app in the Windows Store will be like a bowl of fresh air.

Pedalo, got it. Paddle boat in old English, I mean British English. Learned something new.

But the pedalo thing is cool.

Your analogies are cool, a bit out there but Shakespearian

In Spain we use “bocanada de aire fresco”. Never “tazn de aire”.
Mr. Google is quite good but not perfect.

Automatic translation will always be thrown off by cultural references and metaphors. The best illustration I found of that is Start Trek : The Next Generation episode “Darmok” where the splendid automatic translator that never failed trekkies before gets stuck by that : http://en.memory-alpha.org/wiki/Darmok_(episode)

In French, we have this jokingly phrase “Ciel, mon mari !”, which Google Translate makes “My husband sky”, when it should be doing something like “Heavens, my husband !”. 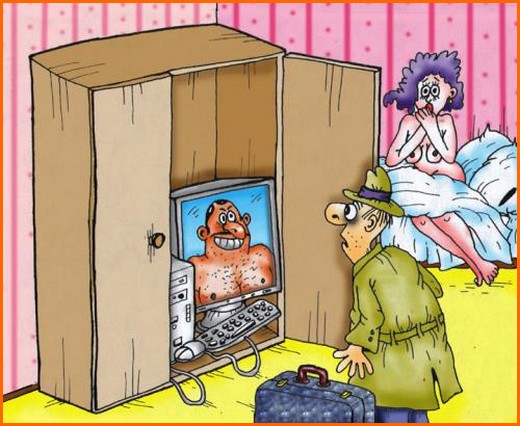 Thank you. That is a good start.

[quote=189484:@Jeff Tullin]Cant get that signup page to do anything but report ‘Something went wrong’
Good start…[/quote]

+1. I tried to sign up with a PC to make sure they were not filtering out Mac, and used the email address I have for the Windows Store and Msdn. Same error. I bet they cannot manage their own captcha…