Enjoying breakfast now.
@Ulrich Bogun will kick off today with his presentation about Accelerate Framework.

For your information: Ulrich is sick. But he recorded the session and we’ll play the video.

The hotel fixed the temperature, but currently the right lift is not working properly.

As a speaker it is great if you can record a test run for your session. So if the camera fails or you can do a live presentation, you still can provide the video.
Thanks @Ulrich Bogun!

@Christian Mézes talks about: Data acquisition and data processing with Arduino and Xojo

Great to see all the hardware he brought to Cologne!

Let’s check what a rack of 28 Raspberry Pis can do!

to tell you all about deploying apps everywhere.

Next one after the lunch at 13:30 o’clock is @Geoff Perlman with the Android Overview

Next one after the lunch at 13:30 o’clock is @Geoff Perlman with the Android Overview

Please share photos and information about his keynote with us. Thanks.

It’s amazing to see Geoff developing a Xojo app for Android live on the stage.
A couple of examples project working also where he shows code.
And things seems to work fine mostly. 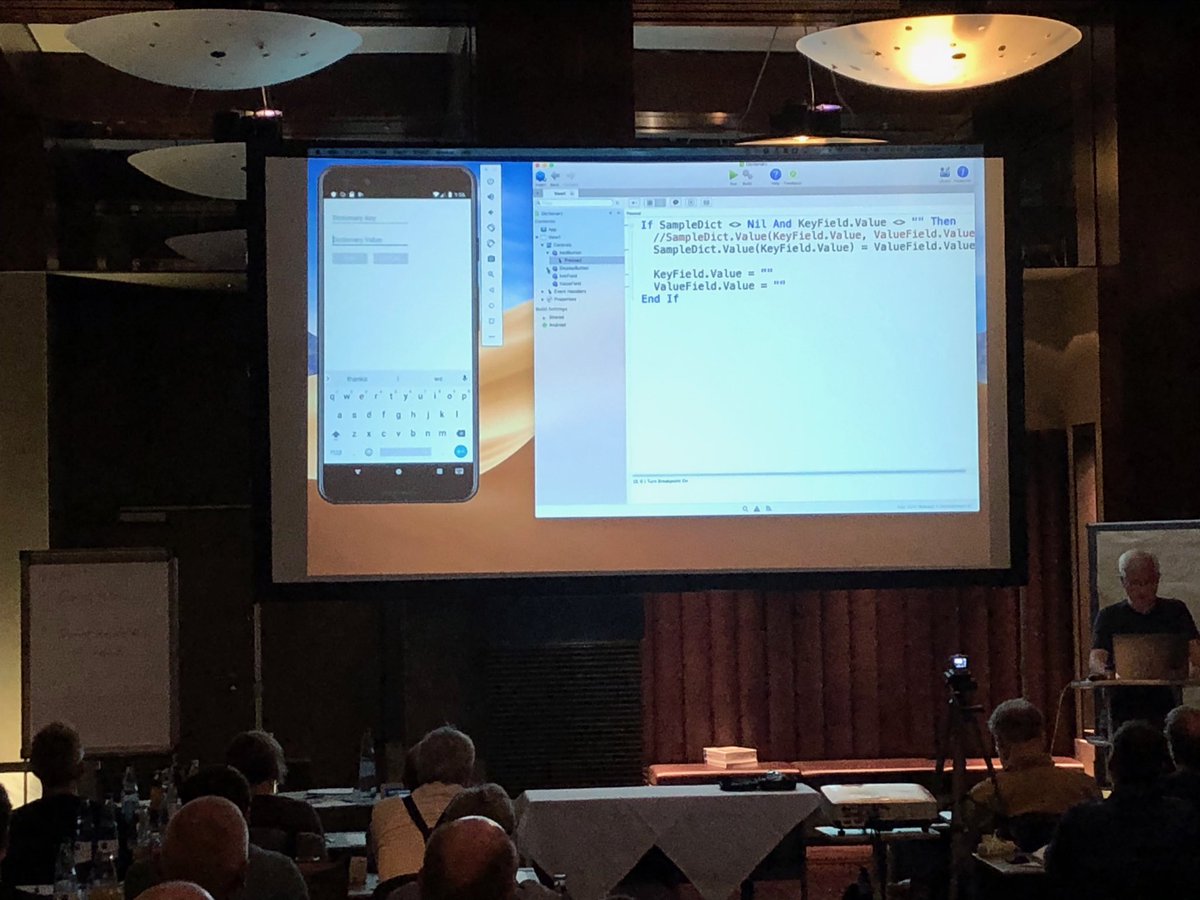 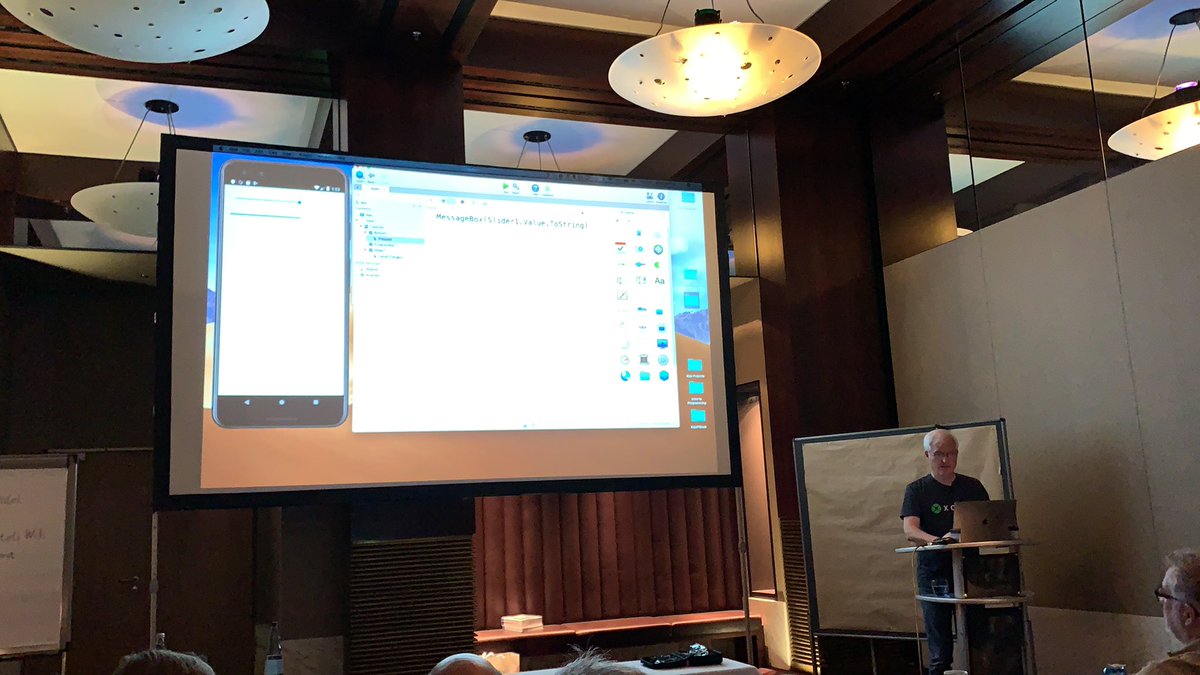 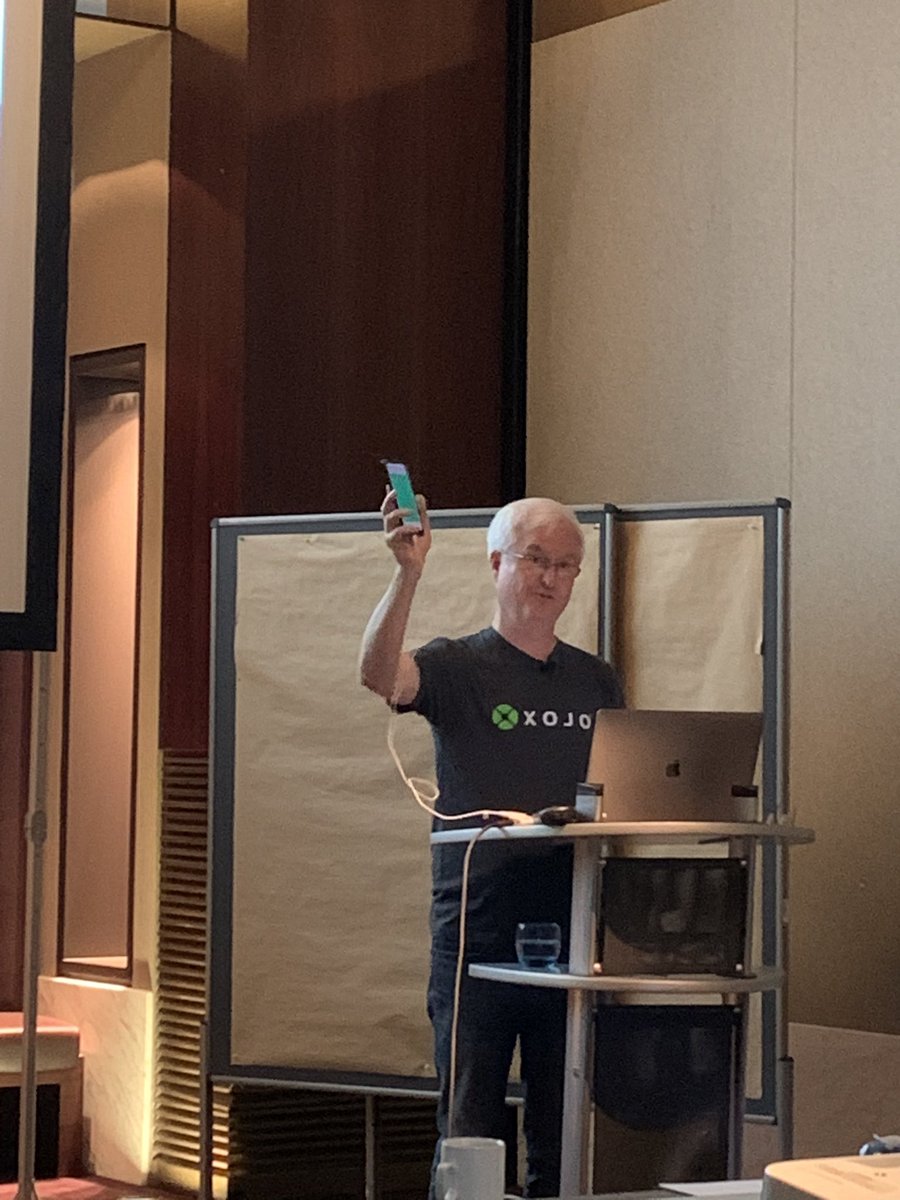 Really pleased to see the progress with Android, especially seeing the compiled app downloaded to a connected phone for testing purposes rather than an emulator.

If anyone needs an attendance certificate for the conference to proof they were here, I can create one.

Cool micro controllers, cheaper than a computer, but capable of connecting sensors, buttons and logic to your controlling computer via mesh networks in Wifi or Bluetooth.

You can all watch the Android demo video from Paul here:
https://youtu.be/zmU9dlmTyfs

Android Update:
The delay was mostly due to the fact that the first two approaches did not lead to the expected success.
The solution was not to work with the LLVM compiler for Android, but with the Kotlin compiler (which gives you an .apk).
That is more work but it leads to a better experience
Optimisation happens at install time, so that the code is optimised for the device it is running on.
The result of doing it “the Google way” is that it will run on whatever google decides in the future

Not sure if Camera support will be in the first version.

InterOps not needed to compile to Android, but it is still needed to talk to the OS

It will be Mobile as a platform (not just android)

The “new framework” for iOS will disappear

There have been lots of changes since May and many more changes will come by Xojo Connect, but still no promises about when it might be released.

progress with Android, especially seeing the compiled app downloaded to a connected phone for testing purposes rather than an emulator.

For developing purposes and debugging, everyone expects an emulator, the run “in device” can be done for an optional test phase. No devs must have multiple real devices with such diverse form factors, but they must be able to emulate them. But as said in the blog, that’s what happens.

The blog post never stated that Xojo can’t run an Android app in the emulator.

It can run apps in the emulator and on a real device.
However, the debugger isn’t ready yet.