Which solution do you use to run Xojo linux version on Mac M1 ?

Use a VM (Parallels or VMWare Fusion).
In Parallels you can also run Windows 11 for ARM. It works very well and it does also run (like macOS) Intel based applications.

I have Ubuntu for ARM installed. Works well.

Except Xojo can only compile for Linux ARM32.

With witch emulator ?
Do you run Xojo IDE and Xojo compiled app on your M1?

Except Xojo can only compile for Linux ARM32.

For now. It’s first on the roadmap. Roadmap — Xojo documentation I’m not saying that you can’t emulate Linux ARM on the M1 (you can). What I’m saying is that the Xojo IDE won’t run on Linux 32-bit ARM. Currently the Linux Xojo IDE is x86 only and you can’t get Linux x86 on the M1.

For now. It’s first on the roadmap. Roadmap — Xojo documentation

Any item on the roadmap may very well be delivered in, say, one year. Not quite an indication to make decisions.

Think: how many times Android is in beta and its location in the Roadmap list.

Also:
WARNING: This roadmap is subject to change. It will be reviewed monthly and revised if necessary. The order in which we expect features to ship may change as features get closer to completion. Do NOT make concrete plans based upon this roadmap. An upcoming feature’s suitability for a project cannot be judged until a feature can be tested.

I tend to agree… Then I wonder whether a roadmap has any helpful value.

The virtual machines works well and really fast because there is no emulation at all. On macOS ARM is a Linux ARM virtual machine installed via Parallels.

I looked also for a direct Linux install on a Mac but I gave up because there is AFAIK no good installation which I would trust for production usage.

It gaves an idea; better that than nothing…

It also depends on how much trust you have in the Roadmap creator: a well established company or an obscure (never seen before) company…

It gaves an idea; better that than nothing…

I tend to disagree. Giving hopes that something is being considered and then not having it for several months/years is more deceiving/frustrating than not even knowing the thing in the first place.

I was merely pointing out that it was first on the roadmap. You can interpret that any way you wish, I know which way I’m taking it. We all know there are no guarantees of timelines or even outcomes, the large warning on the Roadmap page says as much. We don’t have to keep derailing threads every time the roadmap is even mentioned in passing. I appreciate it, for its all imperfections.

In the M$FT world, a roadmap is something you can more take to the bank. It’s a large company with lots of resources and does not make public commitments it does not intend to complete no matter how many resources must be brought to bear. Also it’s on a strict every-November release schedule now and has a certain cadence so longer-term items move pretty decisively into the next release. Covid-related issues did delay FULL implementation of a couple of things in the past couple of years but even then did not delay at least a usable feature.

For a smaller company like Xojo it’s going to tend to be more inherently aspirational. Clearly Android has been more challenging than expected and has taken up more resources so it tends to slip a release or three because it’s a small team and they don’t have the flexibility to bring in a dozen people from another project. It is possible for them to drop something off the radar entirely but I’m sure that’s rare.

It is being worked on 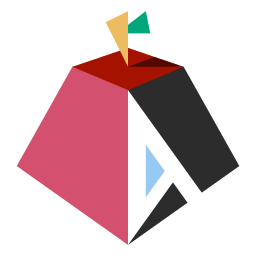 Exactly. But not finished and therefore not suited for production, yet.

For now is it possible to build a Linux version of a Desktop Xojo App on macOS IDE and tested it on a M1 linux emulator ARM32 ? On witch linux distribution ?