How many Developers are using Xojo?

How many approximate cumulative developers or programmers use Xojo or Real Studio? 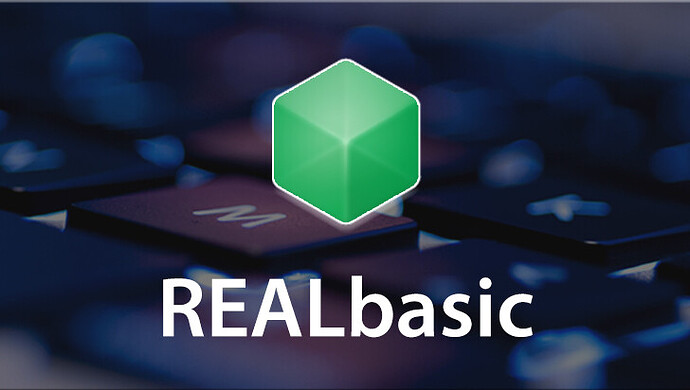 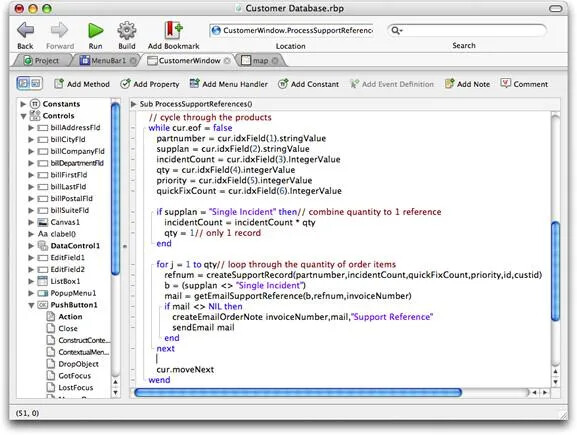 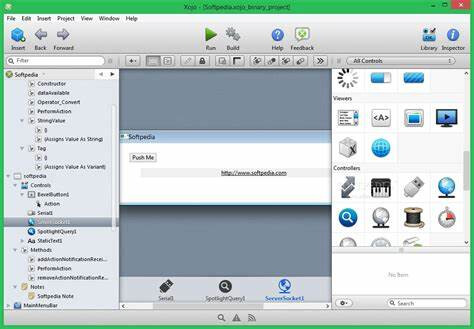 Xojo don’t publish those figures, possibly because they don’t have exact data.

I would confidently say the following is true:

Garry,
where did you get your figures from?

JavaScript is among the top in-demand languages for 2022.

Sources:
Berkeley ranks it #1
Some other .edu ranks it #2
TIOBE ranks it #7

Currently, TIOBE also ranks COBOL as #25 and Xojo doesn’t appear on the list. TIOBE does track Xojo for ranking but hasn’t been seen on the list since 2019 Update: and was last seen in September 2022.

I don’t meant to cause a stir. I just follow numbers and build things.

I was trying to place Xojo somewhere between a very obscure language and a very popular language.

that is a good one.

How many approximate cumulative developers or programmers use Xojo or Real Studio?

There are not real numbers but as Tim said, the TIOBE index is a good prompt. The top 50 languajes covers about 92% of the market share and xojo is not there.

Many people are going to say that tiobe is fake but… another source you can use is any Job Search site. Just try to find a job as a Xojo developer (havent found one yet) and compare that with jobs looking for Cobol developers for example (allways hundreds)

TIOBE does track Xojo for ranking but hasn’t been seen on the list since 2019 .

FWIW Xojo is frequently on the list (most recently in September) and has been numerous times in 2022 (and previous years).

Oh interesting! I used the wayback machine and found Xojo in the Rank 51-100 section of September 2022. It’d be nice if there was an easier way to search for a language on this list without spending $5000

this toibe index is nonsense it mix all together for different use cases.
a feature matrix would be better.

This still can be inaccurate… People can come and go (use Xojo for a week, stop for ? reason and come back some times later.

And since we do not know why the OP ask, it is very difficult to give an opinion (and that is all we - users - can give).

If the OP is searching for an employee (or even a company creation), he may better take a software from the top of the list even if (s)he is very fluent in Xojo.

A HR department person will never recruit someone fluent in a software (s)he never heard about (or too far from the top usage software…).

But for self usage, it may be fine to use Xojo (depend on the kind of software and feeling of people).

No offense, but what is the point ?

We know that many users don’t renew their license every years and continue to use an old Xojo version and renew only every 2 or 3 years or more. Then there are more actives users than actives licenses.

I think the point is to know if, despite of criticism against Xojo, are this development tools used enough to be sustainable. I think and I hope so.

Xojo is used by thousands of developers.
The numbers are not published.

The forum was said to have over 20000 people signed up.
But we know from talking to clients, that a lot of people don’t use the forum.

Cumulative over 20 years, I’d assume the total number is at least 6 digits.
But for us as add-on developer, we are happy to find a few thousand people, who pay for add-ons.

used enough to be sustainable

Xojo has been around for over 20 years. That sounds pretty sustainable to me.

What we can truthfully say is that Xojo is a niche product and there are a lot of forces that will keep it such, not least prejudice against BASIC dialects. I don’t personally mind any of that if I can get the things done I want to get done with Xojo, which, so far, I’ve been able to, by keeping it simple: desktop project (Xojo’s most mature aspect), single main target with perhaps a secondary one where, by virtue of this being an internal administrative app, some minor visual hiccups are not critical. No 3rd party plugins, no fancy tricks, no direct system calls, pretty much a simple CRUD app, 100% locally deployed on my own machines. I’ve encountered two bugs that I have little confidence will be fixed in any usefully timely fashion, but for which there are acceptable workarounds. For my purposes Xojo has been, overall, a joy to work with, but I don’t know how many people are old warhorses like me working alone and primarily interested in desktop, either.

I went from Sinclair Basic to AppleSoft Basic, to BASICA, to GWBasic, ZBasic, to Visual Basic, with some work in Perl, Php, JavaScript. I found Realbasic back in late 2000 to generate Mac versions of my programs. Soon enough, I was generating my apps in Windows as well, and on the way, Web apps.

I have been doing a living ever since with RealBasic, and now Xojo. This means I will continue trusting the tool for years to come. The way they handle the company seems to me sound enough for them to carry on for decades to come.

What we can truthfully say is that Xojo is a niche product and there are a lot of forces that will keep it such, not least prejudice against BASIC dialects.

What is Basic-ish about Xojo?

Bad workers always blame their tools. Programmers who look down on Basic simply have no idea what it is. Besides, Java or C are not a guarantee of good coding. Often far from it.

Sure, RealBasic stemmed from Basic, but it is a structured language, which has evolved to become even more powerful.

this toibe index is nonsense it mix all together for different use cases.
a feature matrix would be better.

I totally agree with Markus. Plus: Xojo is a complete development environment for different types of applications, not just a language.

I have no personal problem with it, or I wouldn’t have bought a license. It’s a modernized dialect of BASIC. But in many circles, even many C# circles within MSFT, the cradle you might say of BASIC, the half-serious sentiment is that no one wants to incur permanent brain damage by working even in VB.NET, which is also fully supporting OOP and indeed most of the things any language running on the .NET / Core frameworks supports.

It’s an unvirtuous cycle: devs clamor to work with the “latest” popular languages / frameworks, HR departments, who generally don’t understand software development anyway, assume BASIC dialects make about as much sense as trying to revive COBOL, people who are able to embrace / demonstrate expertise with Xojo and similar are seen as suspect in various ways (dinosaurs, not up on the latest) – all of it is very unfair, and also very real.

Of course companies exist here and there with no particular bias and for example one could imagine that I could be hired as an independent consultant / solution architect to build out some things and they might not ask or care what it’s written in, so long as it works. They might not care at all that a peer manager from another company eventually golfs with my client and is aghast that I didn’t use [insert name of hot sexy politically “safe” framework here]. The client might not worry where he’s going to get devs to maintain it who won’t turn over the first time they get a chance to work someplace else with whatever they see as the exciting bleeding-edge tech instead of living in terror that their skills are going stale, or even will just be perceived as such.

Don’t get me wrong, I like Xojo in principle and want it to succeed long term in the marketplace. I am just under no illusions that it won’t be an uphill battle, to ever be more than a niche product. One can deny that it’s niche or will be niche (in terms of market penetration and critical user mass) but perceptions, unfortunately, much as I hate it, matter.

As Michael rightly points out, Xojo is just another tool / language / framework and good devs don’t blame their tooling for their failures assuming some basic level of stability and viability for the toolset. In an ideal world I could literally craft a solution in Ada or RPG or Algol or COBOL and why should anyone really care? But there are many bad (and even a few good) reasons why they can and do care, in practice. I don’t have to agree with those reasons, but I can’t pretend they aren’t in play, either. Let’s just say that my resume won’t benefit from mentioning Xojo except maybe in passing as one of the many things I’ve been “exposed” to. As soon as I give the impression I’m invested enough to be some sort of Xojo ninja, it will be more of a disadvantage than an advantage in the vast majority of cases.

Years ago, I became a FileMaker ninja of sorts because I had a client that was weirdly married to it and couldn’t let go. I was actually hired to rewrite all their systems in .NET but when it came close to realization they pulled the plug because the VP had written everything in FileMaker, was not a pro dev, and was terrified of losing control or relying on professionals to maintain it. I NEVER mentioned FileBreaker on my CV though, even though I had about 3 years of experience with it.

This is not the place for me to armchair-quarterback the current direction of the product. If/when Xojo is interested in my input they’ll ask for it. And they will give it the due consideration it deserves, which is arguably very little because I have no experience building this kind of product and I can only say what I (dis)like as a user about it, and I’m just one user. I get that.

But where I’m at, for my purposes and needs, I am reluctant to build customer-facing tools with Xojo other than maintaining someone’s existing Xojo ecosystem, or to hold forth my Xojo skills, such as they are, as a selling point for my personal “brand” on a level with a host of other things that people are actually looking for. I mean when did anyone ever say, “Wow, Fred, did you see this resume from this guy Grommes? He knows Xojo! Snap him up before someone else does!” We all know the more likely response from Fred: “What the heck is Zoe-Joe?”