using 2019 r3, I open Sample Applications/EdiesElectronics/Web/EEWeb.xojo-binary-project and saved it as PDC_V2.xojo_project,

When I click on Run, the IDE freezes on Compiling “WhiteBackgroundStyle” (70 of 70) . I tried saving it as a xojo-binary-project, same result.

If I open the sample and Run without saving as, it compiles properly.

What is the explanation for that ?

I can’t reproduce following your instructions.
Where are you saving PDC_V2.xojo_project ?

Xojo is installed on the C: drive and I saved the project on the D: drive (not under the root). Windows 10 version is 1909.

Oh, I should have added that I used Saved As.

Are you saving it to a directory that is being handled by Dropbox, OneDrive, Google Drive or something like that?

I don’t have a Windows machine at hand but don’t think that should be an issue.

I am saving to a local disk inside the computer.

Tomorrow I will do this test: find the project under samples and copy the file where I wish to work with.

Did the test, just copying the project file doesn’t work. This time I used Save, but the same issue arrises. I browsed the project and found out that:

Do you know if this app properly ported to 2019r3 is available somewhere ?

Do you know if this app properly ported to 2019r3 is available somewhere ?

Have you tried an older IDE and found it to work? This sounds like a permissions issue.

If I create a new project and open the app, it will compile no problem. It’s only when I Save it elsewhere that it fails. I don’t get how permissions could cause a problem. I run Windows 10 with an administrator account, so permissions should not be an issue IMO ?!?

Gilles, some other questions:

I may be able to test on a Windows 10 machine later today.

If I create a new project and open the app, it will compile no problem. It’s only when I Save it elsewhere that it fails. I don’t get how permissions could cause a problem.

This is only to explain how it could be a permissions problem. I don’t know that it is. Are you able to build for distribution?

If you think it’s related to the IDE version, then it’s a good test to check an older IDE version.

What are you copying? The Eddie’s Electronics project has a Copy File Build Step for copying the database (which is in another folder – go to Build Settings in the Navigator and then expand Windows to see it). It’ll find this file in the default location, but if you copy just the web folder then it won’t be able to find the database file. So either copy the entire EddiesElectronics folder or update the Copy File Build Step manually to point to the database file.

Using Save As from the IDE the Copy File Build Step is changed from:

I don’t have another drive to test or windows, I guess saving on D: instead of C: is not changing/saving the path correctly and it can find the files.

I realized that copying the project file would not bring all of the other files. So I used Save to copy on my D: drive. When I try to run that project saved on D:, compiler hangs forever on UI/Mobile/Styles/WhiteBackgroundStyle. I guess that if it would not hang that the copy of the database would work.

I installed 2019r3 on a Mac, and when I copy the project on the Desktop and Run, there is no hang on WhiteBackgroundStyle and the app works fine.

So it seems that the Windows version is allergic to that style, for whatever reason. Is there some way I can try compile to copied app and get a clue as what’s going wrong ?

I do not know. I have copied the entire Eddie’s Electronics folder on Windows 10 from the Examples folder to a new location in Documents and the web project runs just fine from the new location.

I made another test, instead of Running, I built, I should say tried to built, for Windows. Again I have a hang, this time at Build “My Application.exe” for Windows x86-64 . . . Linking .

I made another test, instead of Running, I built, I should say tried to built, for Windows. Again I have a hang, this time at Build “My Application.exe” for Windows x86-64 . . . Linking .

Did you perhaps change the 64 bit settings to “Aggressive” ? Are you sure it’s not just taking a really long time - because that happens (especially with 64 bit).

What do you mean by

Did you perhaps change the 64 bit settings to “Aggressive” ?

I have let it go for 30 minutes, the progress bar still displays (Not responding).

I wonder if its hung trying to start the app by a firewall / anti virus and thats the last message that was shown ? 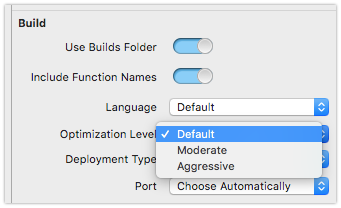 Gilles, what do you have in the Copy Files Build Step? 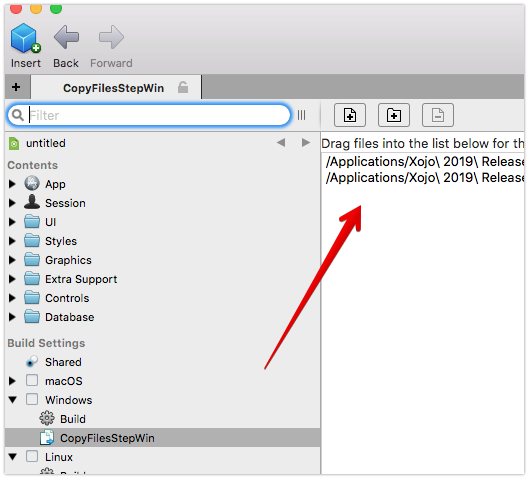