I get the message seen many times before: "A file system error occurred (#2) for " “xyz.png” “. If the application already exists… etc”

I have removed the app.debug files, deleted and re-added the xyz.png file, restarted my Mac, none of these get me past this message. Any clues out there to save me wasting more hours on this?

Are you building in a Dropbox, iCloud, OneDrive, or other similarly shared folder?

Are you building in a Dropbox, iCloud, OneDrive, or other shared folder?

Does Xojo have permission to write to the build path?

The folder it is in has read & write permissions. I can open and save ok.

Hrm. Interesting. That’s the two most common causes I can think of. Which operating system and version? What version of Xojo?

Which operating system and version?

Do you use Time Machine? I wonder if that might have some part in this…

Have you tried moving your project to another directory and debugging to see if it works there?

What about running First Aid on the drive?

I’m really out of ideas beyond those.

Do you use Time Machine?

I do use Time Machine and Carbonite, but they don’t seem to have caused this issue before. I just resaved the project as a binary on desktop - tried running from there - same issue.

You might try this, modifying the command to match your version of Xojo, in case you recently updated and it somehow became quarantined, but I’m not sure that’s the cause:

Execute this command in a Terminal: sudo xattr -cr /Applications/Xojo\\ 2019\\ Release\\ 3 However, if you drug the Xojo folder from the DMG to Applications via Finder, that SHOULD have been taken care of automatically.

Humm, other projects run just fine, it seems to be just this project (the critical one of course). So not sure that it would be a quarantine issue as that would impact all no?

I have now used SourceTree to go back to an earlier version which works fine. Will just have to re-do the work over again.

Strange. I wonder if it is a corrupt launch services database which has been known to cause weird file i/o issues? Some things to try:

It sounds like something has a hold of the app or possibly something inside its package which is preventing the deletion.

We get this problem with iDrive when we have the Continuous Data Protection feature enabled.

What happens is that iDrive starts backing up the executable when it appears on the hard disk. Unfortunately, due to my slow upload speed this takes some time to complete so if I try to perform multiple debug builds before it has finished, Xojo cannot delete the old executable.

It sounds like something has a hold of the app or possibly something inside its package which is preventing the deletion.

It occurs even when the previous .debug file has been manually deleted.

Do you happen to have another instance of the same application name or bundle id running?

No, Xojo is the only app running (and safari & source tree) 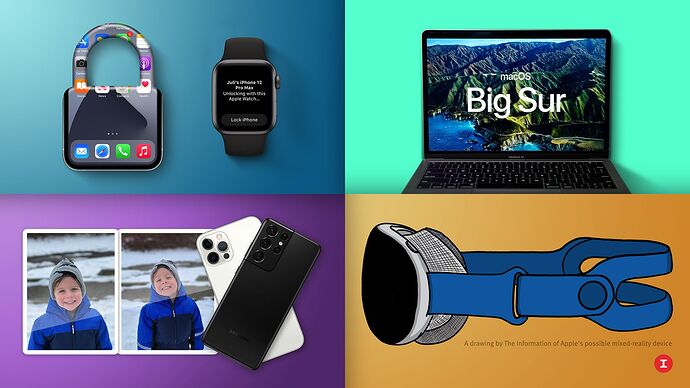 It was a big week for software this week, with Apple kicking off a new round of betas for its operating systems with plenty of tweaks and changes in...

I may be a good idea to upgrade (these days) ?

(that is the guy who still runs El Capitan that wrote that !)

Testing but run into problem with external graphics (now where are they - this is a whole other issue - but how do you determine which graphics are internal and which are external? - and where the heck are they all?)

All images are external. You can right-click on an item in an Image Set and pick “Show on Disk” to see where it is.

I wouldn’t know where to start…

Looks like Onyx can do it. But use caution with such tools. I’d try the separate user account first.