What I keep getting from Excel under Win11 on save is “this file may have been edited by another program. Overwrite changes or save a copy”. But there’s no chance that this is actually the case, it’s just poor file management one way or another.

This is what Web 1 fixed in many scenarios by providing a desktop-like experience without the OS gotchas. Xojo actually delivered what Netscape set out to do.

Tim, I use Windows 11 and Microsoft 365 apps all day long for work. I never had this message when saving an excel spreadsheet. I don’t doubt that it is happening, but surely there is a process running on your computer that touches your spreadsheet. I would not immediately blame Windows or Excel. I will not venture to speculate what might be the culprit process…

What I keep getting from Excel under Win11 on save is “this file may have been edited by another program. Overwrite changes or save a copy”

Is that a shared file?? Maybe someone else is working on that. If not, sounds like a virus or faulty hardware. Anyway, Excel is not the OS

Easiest is to have the browser window and the SS window occupying about half the screen each. But anything less than full-screen for an SS window destroys the ribbon

Would it not have been an option to split the windows horizontally?

MANY apps dont lock the files and are aware of changes: 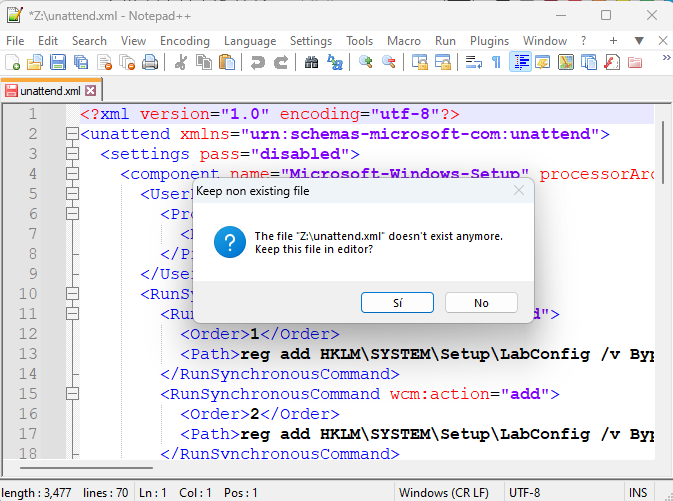 Maybe they just close the handle after reading the file? That would be different than keeping the file open, where the Windows OS complains if you try to move it.

Would it not have been an option to split the windows horizontally?

That would have involved considerably more scrolling. My SS only had about 10 columns so as far as I’m concerned, it should be possible to reduce its width to no more than is necessary. This should not be driven by that very poor UI item, the ribbon. Subsequent to that I’ve emailed myself the SS at home, where, using Office 16 under macOS, I can ignore the ribbon altogether since the menu bar, not being attached to the window, retains its full width regardless of the window width.

Also, to edit two documents, sometimes I place them horizontally, sometimes vertically… It is not always an easy task.

The conversion rate to Windows 11 is not that high.

This morning I got a message like this “Win 11 is ready to upgrade your system (for free). Upgrade now or postpone?”

Well, I officially don’t own any Win 10 machine anymore. I finally decided to make the move.

Windows 11 is fine, I have it on several machines and have not had any sort of problems of any kind.

Only thing that slows Windows 11 conversion rate are its hard requirements, both the TPM module and also CPU type requirements. (Like for example I got 3 types of Xeon chips and their all blocked).

But in the long run this is not something that people should cry about. (Especially not Apple users given that Apple locks old hardware out in the cold on timer basically, so not really even for good reason)

I’ve postponed it for ages just because I didn’t want to play with a machine perfectly fine running the most used version to date. But as Win 11 is stable and fine for ages now, and MS killing all those OSs before it, and vendors abandoning support to win7, 8.x and sunsetting Win10 now not sold anymore, I just jumped on the bandwagon today moving with the masses. The conversion rate to Win11 will simply skyrocket in the following months.

The whole process was a learning exercise. I did replace the Win 10 system drive with a new one, in case I failed. I would be able te put back the old disk and return to the original state after restoring the data. It was not necessary, since the exercise was successful (after several attempts and a lot of reading on the web). This process may not be worthwhile for low power computers, but for something as valuable as a Xeon hardware, it may be a good alternative once we reach the end of support for Windows 10.

But in the long run this is not something that people should cry about. (Especially not Apple users given that Apple locks old hardware out in the cold on timer basically, so not really even for good reason)

To be fair, the hardware left aside by windows 11 default instalation is way more than 10 years old.

There are easier ways to do it: 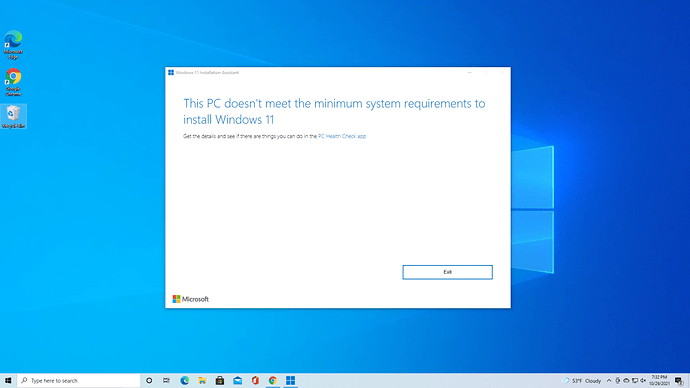 How to Bypass Windows 11's TPM, CPU and RAM Requirements

Use simple utilities to install Windows 11 on any PC.

Yea that I do know, I have one Xeon 2696v3 running on it. But its not for everyone, it takes some tinkering, and I already had once big trouble updating, as in had to re-tinker things.

And yes I 100% agree with you its fair cut based on the age of the hardware and all that.

Yes Ivan I am aware of this. It is possible to bypass the W11 install checks. But there is no guarantee that the hacked Windows 11 install done this way will be supported or receive updates in the future. It may now, but it may stop at any time. While my method involves a bit more work, it does not bypass any of the checks and gives a completely supported instance of Windows 11.

Now, if I were intent on upgrading say an old core I3, I would perhaps try one of the hack methods, since installing a hypervisor would not be practical on such hardware. I would more probably just upgrade the hardware. It is far less expensive to do with a small computer than upgrading Xeon class hardware.