Looking at Paul’s Android keynote again, I noticed a previously unused new operator character for Less than or equal in Eddie’s Electronics code.
This ? may be a little thing, but it could make previous code a bit more readable. The iOS code from Eddie’s Electronics still uses <= at these passages. 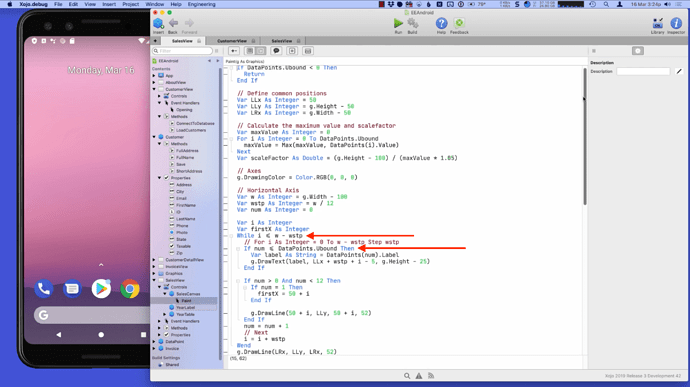 Sorry to break the news, but Paul had mentioned on twitter the blog he was trying out one of the new source code fonts. There’s a special function on this font that turns a <= into that symbol. I don’t recall which font it was, but I’m not a fan of the behavior.

That includes the regular font with ligatures and a NL (no ligatures) version.

I got used to it rather quickly. It makes editing a challenge though since it looks like one character instead of two.