Why can't I use gender as a variable in my code?

Note: “Title contains the following censored words: sex”
Why can’t I juse “Sex” as a variable in my code?

Well, of course I can in my code, just not on this forum.

Var Sexe as String = “Male” // I can display the French version of the word, just not the English (US) version
If Sexe = “Male” then…

IS this forum suffering from a form of political correctness gone mad?

As a medical practitioner, I am well aware of the physical, physiological, psychological differences between different genders. As an anaesthesiologist, I know how to modify the dioses of drugs needed to provide safe care for patients of different gender and to take into account the different persepectives each has when undergoing surgery and anaesthesia. 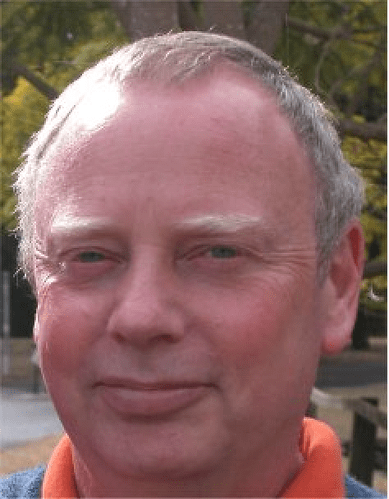 IS this forum suffering from a form of political correctness gone mad?

Default word filters. You can reach out to hello@xojo.com to see if they’re interested in changing the filters at all.

Thanks Tim
I figured as much, but am disturbed by the various mind viruses tat seem to be infecting American society.
I just had to call it out.

It’s unfortunate post are submitted to this because the context is not analysed, see my example. But that’s the way it is.

am disturbed by the various mind viruses tat seem to be infecting American society.

Ugh, what a thing to say.

As a French, I’m agree with Philip. But maybe I would have say it differently. And I’m sure some way of life of French seems strange to other people.

Totally off-topic-
Plus… Gender is a made-up concept regardless, which a man of science could argue would be irrational to even be discussing illusory concepts. But thus is the plight of man, to live in his irrational world, of fake realities, surrounding oneself in the illusion of possession and shaping reality around him (roads, houses, clothes, fancy titles, social class etc) until it becomes reality to him… nonetheless a psychological schism either way.

don’t let a word be an anchor.

[Matthew_Combatti] , What you said is exactly what I fear about the USA society.

A Lack of grounding in reality, This leads to decisions made based on ideas rather than reality.

My mother was born in Seattle. She was a woman. Not a man. Not transgender. Not intersex. Not ‘non-binary’. She was a brilliant woman with many talents, and ensured I valued her and all women for their characteristics. Gender is defined clearly in any dictionary. It is not a made up word.

“In the beginning was the word” Words have meaning. The bible says that Adam gave the creatures that inhabit the Earth names “And it was Good”. Without clear definitions and clear meaning, one cannot deal with reality.

Well, some people will make rants about their right to decide the meaning of <>, protest against the compiler opression and the psychological schism of the square headed mathematical thinkers.

Don’t waste your time arguing on this

good advice. I will cease and desist.
But I wonder, f a=b is the same as a<>b does that mean the two exprssions are ‘non-binary’?

Gender is a social construct to define an individual’s role in society. So be a good gentleman and play your roll

The old way… has led to the current state of catastrophe seen in the world, of which you both belong to, and speak. Success is not a measure of material possession.

Lol… I cannot base my actions on a supposed deity that lived a mere 2000 years ago, when some evidence points that the height of human civilization fell much much farther back… by many fold; 10’s-100’s of thousands of years prior to the Abrahamic idealogy based on Babylonian mythology from circa 3800BC. A true deity is incomprehensible and unknowable, for anything else would have limits… To be only good, is to know no bad… and one can only know the greatest happiness, in comparison to the greatest sadness they’ve known; to each a perceivable subjective experience.

In the end, the ultimate question is… Does it matter? Or is the question a waste of your limited time in existence?

But I wonder, f a=b is the same as a<>b does that mean the two exprssions are ‘non-binary’?

Comparators are a compiler construct, if they want to be identified as non binary they have the right to be called “quantum instruction set” (even if they are going to be executed on an x86)

You could inquire from studying about Alan Turing, the inventor of the marvelous compositional base that led to modern computers. He was also gay, and did a number of gender related experiments called the “Imitation Games”

Well no. Gender is not only a social construct or made-up.
It’s very important for medical decision.
Imagine Philipp as a anathesist will give you the dose for a women because you are a hypertransgender.
Would be very interesting during a surgery.

You are conflating gender with physiology. They are not the same concept.

This has gone far afield, so this topic is now closed.

But FYI, “sex” is no longer a banned word here.