We need a SpecialFolder.ThisPC for WIndows

Therea re many times when we need to offer the user the highest level selection point on a Windows system (think root on macOS or Linux). This is to focus on showing the user all of the volumes mounted on the system, rather than just some subfolder.

Since there is no simple way to set the InitialFolder of an OpenFileDialog to “This PC” without serious coding gymnastics, it would be nice to have such an option in the SpecialFolder class.

If someone has a method for extending SpecialFolder or a separate method for defining it, I would be happy to create a proper Class extension and share it. Or, am I off to Feature Request dead zone?

What folderitem would that return, since This PC is a virtual folder?

Drive zero is the boot drive

should be the root volume (this PC)

The root volume is C:
“This PC” is where you can see favourites, all drives, discovered network shares, etc.

Not the same things.

It is so Windows centric that such thing does not deserve a “SpecialFolder.ThisComputer”

Create you own function ThisComputerFolder as

Is this tested… does… does this work? That’s really cool.

For Win10, yes. But the same behavior should follow from Win7 and beyond. 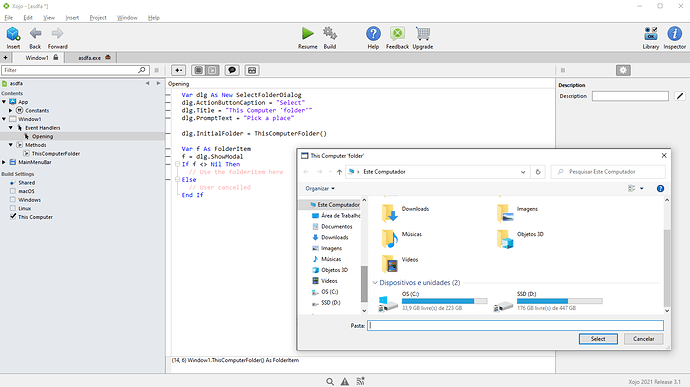 That is really cool, thank you for sharing! I may need to sneak that into some projects of mine

What folderitem would that return, since This PC is a virtual folder?

“This PC” is where you can see favourites, all drives, discovered network shares, etc.

That is exactly what I need!

That is exactly what is needed: 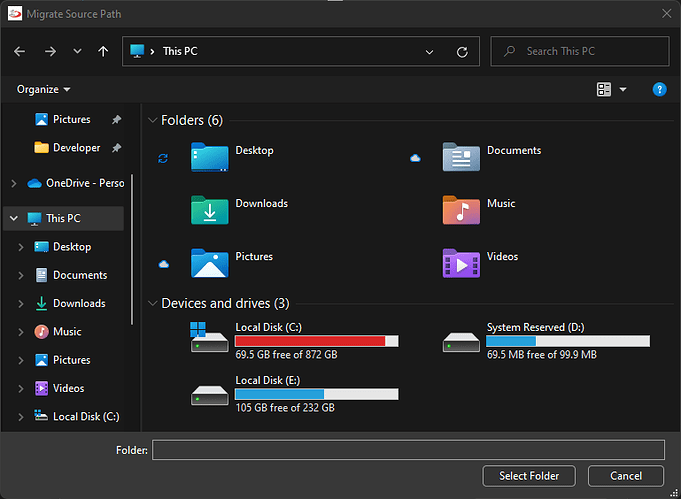 Should return “C:” (without the backslash.) Assuming C is the system drive, which it is unless it has been changed.

What do various properties show when examining that folderitem from within Xojo? I can’t use a Windows OS tonight to check.

The proper ones. You will see later when you do your tests. 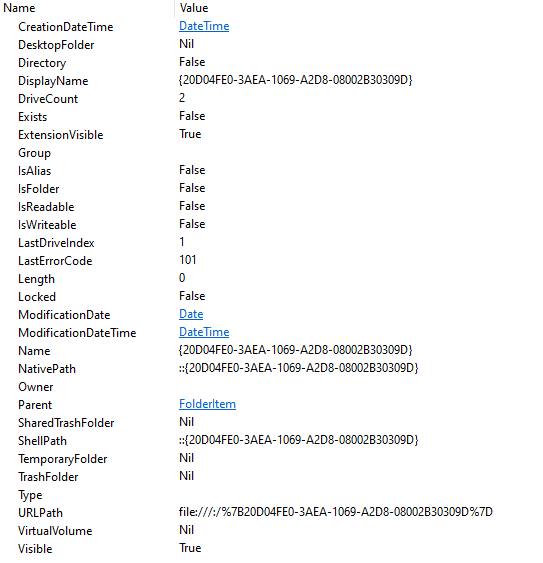 Thanks, your screenshot tells me exactly what I wanted to know.