After a good 6 years - I just updated VB Convert! Pro to Xojo API 2.0 and conversion went exceptionally well! - Absolutely amazing considering the code turns 18 this year! With that being said - is anyone still converting VB6.0 projects/code to Xojo? If there’s still a need, I’ll be glad to update the conversion methods for conversion of VB6 projects to Xojo API 2.0 from API 1.0, as it currently stands - and update 3rd party controls for current releases when replacing VB6 custom controls. 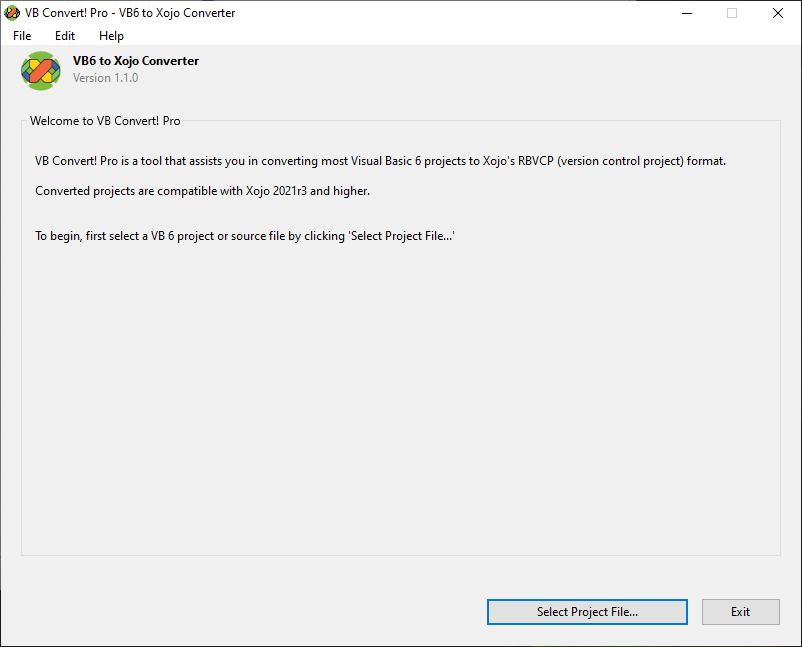 is anyone still converting VB6.0 projects/code to Xojo?

One of the main projects I had in VB6.0 was moved to windows 11 last week (binaries). It is still working great even when it was last compiled 16 years ago. The others are still on windows 10 but no further plans for conversion there.

I would not use any tools for converting VB6 to Xojo. VB6 is legacy and the result of conversion is still based on information of 16 years ago.
Rewriting could give you new opportunities to implement modern techniques and leave ActiveX behind.

for all others i remember someone still support vb6 projects. https://www.radbasic.dev/
i not used it myself but maybe it help some old apps keep alive.

for all others i remember someone still support vb6 projects. radbasic
i not used it myself but maybe it help some old apps keep alive.

, anyway, If it has a small output, and compatible with older windows, I can use it for many projects. the only problem is that RadBasic is intended as a Clone, there is another option called twinbasic that is also 100% VB6 compatible but with lot of new functionality

In the “professional world” unfortunately leaving ActiveX completely behind is not always possible. Take the mortgage industry for example, which heavily and almost solely relies on Ellie Mae’s Encompass and loan services protocols; which also all require ActiveX support - binding users to Windows platforms using COM specific APIs, whether they wish to or not. Some of these protocols are also patented, so there is no “reinventing” the wheel. For average and hobby developers where no standards or regulations must be upheld in their code, options are truly endless. The further you get into the actual tech-world and working with underlying technologies that dictate and run our society and governments - the options become EXTREMELY limited; and you’re permitted to code however you wish, as long as you code however you’re told.

(the “freedom” paradox). Other reasons for conversion are classes which solely rely on system specific APIs - it’s much easier to convert a complete class and drop it into a Xojo project and have it “just work” - vs rewriting it yourself. (One such example is a compiler we wrote which uses Windows APIs for bytecode conversions and writing of the EXE’s and DLLs/static libraries - attempting to convert that by hand was a complete disaster, but took moments using the tool.) - Not everyone is looking for cross-platform (3/4’s of the market is comprised by Windows users)

in past our converting of vb6 application failed because a lot (1000+) of used crystal reports (a engine from 1997).
an options for new reports was MS SQL Server Reporting Services.

Matthew,
I do have an old VB6 project that I have been putting off converting, so I would be interested in this. Does it do more than the Xojo migration assistant?
Dennis

Good Deal - Give me a day or so to post the updated application publicly and you can give it a go. VB Convert was originally created by Will B., whom delegated the software rights over to me to maintain and update throughout the years - so I’ve kept it “free” to the public, in it’s full pro version. The last compilation will get you as far as Xojo 2016 without having to convert and update many of the new keywords and code methods yourself (as current Xojo developer projects from 2016 until now, would manually need to be updated by a Xojo developer due to changes in the Xojo framework)

Hello, I am interested in moving to API 2.0, one of the main problems of vb6 in the conversion is the third-party ActiveX. Can you tell me how to test it?

I am intrigued by this thread - I do have a huge legacy VB6 project that I have attempted to convert when I first looked at and acquired Xojo (2016). Efforts then were not particularly successful and whilst I have dabbled with Xojo in the intervening period that has primarily been restricted to development of various tools that assist me in other areas. I would be very interested in any tool that might reduce the efforts involved in an initial conversion (comments about rewriting for Xojo being entirely relevant). Can you provide links to this resource, as I can’t find anything through DuckDuckGo searches?

Hi Tom - I’m out of the office doing some field-work at the moment - but give me til later this evening and I’ll upload the compilations and supply a URL - apologies for any delay - these last 2 weeks have been super hectic!

Having heard nothing further since my post on 27th January, followed by a reply from Matthew Combatti I have returned to this thread hoping to see the advised link to relevant compilations. Nothing subsequent so casually decided to have a quick look at Matthew’s profile - shocked to see entries stating “This user is suspended” qualified with “Reason: Permanent ban”.

Have I perhaps somehow swerved a potential “problem” surrounding a potential “acceptance” of a link to who knows what?

Just wanted to post as advisory and also pose the question - “Why aren’t posts from suspended users not identified in some way”?

Particularly in circumstances where a “Permanent ban” is indicated as that would, on the face of it imply a pretty serious issue in relation to that ban.

HI Tom, Thanks for voicing your concern, I can’t speak to exactly the content Matthew posted, but it violated the forum guidelines to such a degree that a permanent ban was required. A ban like this is not passed lightly and the posts that violated the guidelines have been deleted. But we don’t want to delete his entire history as it might make other threads unreadable.