Unicode Symbol for the User, ie. a bust silhouette

I’m looking for a simple unicode character that represents the user, as a bust silhouette. I’ve been searching for ages and all I’ve come up with is:

Which doesn’t work and gives a square outline. It will be used on the main menubar, so an icon is out of the question.

Or is using a unicode character in the menubar a bad idea anyway?

Why can’t you use an icon?

I’m using it in the main menu bar, not the dropdown which does allow for an icon.

Puts a smiley face at the left of the menu “User Level”.

What about a simple copy paste of the bust emoji itself?

Into the text string?

Try. Im not at my computer but at the dentist.

Or is using a unicode character in the menubar a bad idea anyway?

Not very good idea, because you never know if the system your program runs under supports the symbol. For instance, in Windows 7, unless I am mistaken, the System font is Arial, but in Windows 10, it is Segoe Sans Serif. You have no guarantee the symbol you employ will be available in all systems.

Since it is not possible to change the font used in menus, you cannot even use your own font.

I would abstain in this case.

Thanks Markus, I’ll have a look at that but I may well take Michels advice.

@Michel. Hmmmm, now you’ve got me wondering and a bit concerned. I always thought there may be issues using unicode symbols in my app. I’ve used just a couple of basic ones to punctuate message dialogs: 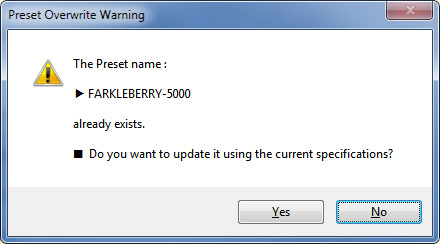 Hopefully the arrow and the block would be pretty common?

Anyway, this is what I was wanting to achieve: 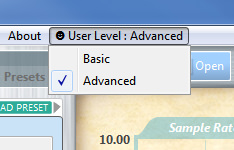 It was really only an afterthought and to separate it from the menu item at left. I guess I could just use the block again.

Well, tried it on my Mac. Copied it from https://emojipedia.org/bust-in-silhouette/ and it works fine simply pasting in the emoji like any other text. Tried it in menu, sub menu, and textfield.

Thanks Markus, I’ll have a look at that but I may well take Michels advice.

I don’t think system fonts would not support the unicode set, and if a user changes the system font then they might have to expect some problems. I wouldn’t worry. But you could also use a free font and include it in your app if you must.

Thanks for the copy/paste link Markus & Albin.

It doesn’t work for me on Win7, Xojo2016R3. All I get when I paste into the IDE is a rectangular block with a question mark. I’d rather not have to include a font.

It looks like Win7 does use Segoe UI family of fonts for the system fonts. However, I don’t seem to have the same character set for Segoe UI Symbol that I’ve seen on the internet . . .

Ok, I’ve finally worked out what the issue is. The font Segoe UI Symbol was updated to include more symbols with the introduction of Win8.1+. That’s why &u1F465 (and many others) doesn’t work for me. I’ve got Win8.1 on another machine so I’ll be able to test this.

I’m aware that we can target for Win/Mac/Linux, can we do the same for different versions of Windows?

Doesn’t look like it has been updated since Vista, so you would need to find the version numbers and add it to the code…

That is exactly the kind of mess that personally I would not dip a finger into.

Hopefully the arrow and the block would be pretty common?

They have been present in all system fonts since at least Windows 95.

This works fine for menu in macOS

This works fine for menu in macOS[/quote]

Mac does glyph substitution. In other words, when a font does not contain a particular symbol, macOS will fetch it from another font. AFAIK Windows is not able to do the same.

Thanks Jos, but as Michel has suggested, and I’ve tested, that doesn’t work with Win7 (not sure about 8-10).

I did a bit of research and it does look like there is a way to determine the OS version - but there is no way I’ll be going down that path, it’s too complicated for my level of understanding at the moment.

So what I’ve decided is to just use another symbol, a diamond shape:

As I pointed out, it’s more about trying to separate the “User Level” option in the menu from the other items, and I thought that the “user” bust symbol would be more appropriate. If I could move the user level menu item to the right hand side of the window, that would be better.

The “User Level” is the most important part of my whole application. It will determine and drive what other functions are available, enabled/visible etc. I did consider moving it to be first at left, but that’s where most windows users expect the File menu to be.

You can also see in the above image that there is another user option as in MODE standard/presets. In this case the “presets” option will only be available to “Advanced” users.

My app has become so complicated for the user to use effectively, so I’m trying to de-clutter via not making certain controls/options available. I cannot eliminate any of the functionality - everything has a purpose, so all I’m left with is to obscure some of it until the user is familiar.

Happy to consider all other ideas and opinions, but I have to say, things are too far gone now to refactor the main code.

I would always write an own control, if the standard controls doesn’t fit into my design desires.

The control palette of xojo is very limited if you’re about to design something thats more than just the regular old-fashioned interface stuff.

So as you seem to do with alle the other controls on your interface, maybe you’ll have to do it by your own.

In this instance, he wants to add the symbol to the Windows system menu. It is not a control.

Sure, he could mimic the menu, but it would be a lot of work.