Someone here from San Antonio?

I will be there end of July and we could have a Xojo developer meeting for dinner.

They’ll get back to you when they’re done celebrating their world championship.

Well, if the USA team wins, that may because of their German trainer

Miami had this guy, and it didn’t help.

Meanwhile, San Antonio had this guy, and it did. He’s French.

Oh well that makes all the difference then! Suppose there are no other basketball leagues in the world to make a truly global world championship - oh wait - there are and they aren’t invited

It’s World Champions… San Antonio has players from all over… Argentina, Australia, Brazil, Canada, France, Italy, U.S Virgin Islands to name a few. They would not have won without all those guys who aren’t Americans. The NBA has Toronto Raptors… Toronto is outside of the US last time I checked. Now as long as they don’t move the Raptors south of the Canadian border, we can still claim to have the world champs here in San Antonio.

And Miami is not just international, they are interplanetary. Check out their raptor. 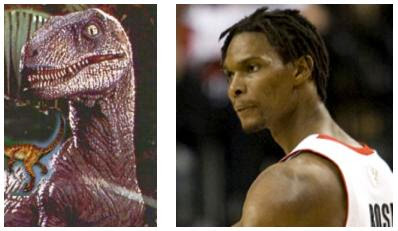 I’m tiddlywinks world champion you know, only me and my 20 month old boy are allowed to compete!