i’m working on a project that uses rsfpdf.
Because of this I need to create .png images without alpha channel. To show what I want, I’ve created a small project that shows what I want (create png without Alpha Channel):

The main problem I have is in Windows platform. It works perfectly on Mac (generates .png without alpha channel, you can check the output with (sips -g all / pathtogenerated_png_Desktop), but in Windows the output still generates a png with alpha channel. I would not like to use ImageMagik in Windows (would generate an installer too heavy for Windows.) Do you have any ideas?

I do not checked your project, but are-you sure that add an alpha channel ?

In Windows -> yes keeps/creates an alpha channel.
In Os X ->runs as expected.

I’ve tested (picture.mask=nil) too (https://forum.xojo.com/30893-save-a-picture-object-without-alpha-channel/0#p253307)
The same problem in Windows.

How can you tell you have an alpha channel on Windows ?
What Windows OS version ?

I will check your project once I finished the current task.

Edit (additions):
PS: I had to comment your ratio If test block.

A second image drop in the left Canvas is draw above the previous drop;
No rectangle displayed around the Canvas
I suppose the project is a simple test project.

thanks Emile for your interest.

This is exactly what my gPDF class does, regardless of the image type you supply, it internally converts to JPEG to become part of the document

Cesar: do you understand that using New Picture(Width, Height, 32) you will not get the alpha channel ?
Just try, it will take some seconds only.

Of course, I may be wrong, but I do not feel how (in this case).

As long as you create it this way and not by letting the Picture.Open make it then it looks like the image has no alpha channel until its written to disk, as you can’t change the routine that saves the image to disk (without getting into declares) it might just be easier to modify the rsfpdf code in parsePNG so it reads the image into a picture that has been constructed without an alpha channel then have the function read the data from memory instead.

This should then work for all files passed to rsfpdf, there’s a small overhead on this because you’re reading it all in then reading through it again, but the performance loss will hardly be noticeable.

It seems a very intelligent solution I had not seen. I’ll go to work…

If poImage is a picture with alpha channel:

then plain_img should not have the alpha channel I think.

I told him to try (I know this works and I tested it).

Edit: Read his answer far above.

I told him to try (I know this works and I tested it).

Edit: Read his answer far above.[/quote]
I’m telling him this is part of what he needs.
He needs to split it into a mask and an image.
The mask needs to be grayscale

Dim alpha_img As Picture alpha_img=poImage.CopyMask alpha_img=InvertPicture(alpha_img)
Then he needs to have his image like I did in the code above.

Then he needs to create the datastream for the mask (with /DeviceGray and /SMAsk) and the actual image.

Basically this is what needs to be done http://www.fpdf.org/en/script/script83.php

Based on the OP… is the question really about removing the Alpha Channel? or is it about trying to use a PNG in creating a PDF document?

If the latter (creating a PDF)… then the simplest thing is as I mentioned, convert it to a JPEG, since that is the internal format that works best with the PDF specification.

I spent many weeks getting this to work with gPDF… but it does, and does it well now.

I know @Björn Eiriksson does not like to “promote” his Solutions by himself in the Forum, but i use his PDF Plugin and embed Xojo Images and external Pictures in PDF’s using his Plugin. Was not so hard to accomplish this and i am for sure not the most experienced Xojo Dev…

Based on the OP… is the question really about removing the Alpha Channel? or is it about trying to use a PNG in creating a PDF document?

If the latter (creating a PDF)… then the simplest thing is as I mentioned, convert it to a JPEG, since that is the internal format that works best with the PDF specification.

But then you’d lose your transparency, and that might not be what you want (for instance if you have a watermark in the background. it’s not nice to have a nice watermark with an image with white border instead of transparent border over top of said watermark.)

I think the main problem is that when you save the png in Xojo, the file contains an alpha channel when you load it.
To work around that, I used either a mask and an image (PNGWriterMBS not needed), or I used a png with alpha, but saved the necessary files with the PNGWriterMBS class and embedded those (the PNGWriterMBS saves the needed greyscale mask and RGB version of the actual image (without an alpha channel).

That way I can use alpha channel png’s and keep the transparency in the pdf.

Starting with version 1.4 of the PDF standard (Adobe Acrobat version 5), transparency (including translucency) is supported. Transparency in PDF files allows creators to achieve various effects, including adding shadows to objects, making objects semi-transparent and having objects blend into each other or into text. PDF supports many different blend modes, not just the most common averaging method, and the rules for compositing many overlapping objects allow choices (such as whether a group of o...

And last but not least, I’ve uploaded my version of rsfpdf to github, which supports the use of transparent PNG’s 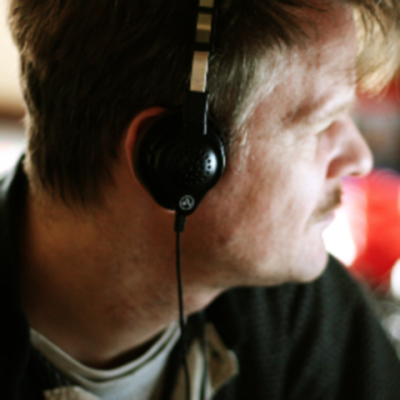 
I have quickly tested the uploaded version on Mac and Windows, and it seems to work for me.

We use an adapted version of these methods in our main software product and they seem to do the job.
I hope this helps.

Firing the shared project gaves the answer about transparency