Program not executable in Linux Ubuntu

I have switched from Intel Mac to M1 Mac and also have installed the latest Xojo version 2022 Release 3.2

Is this a known issue or did I wrong anything?

I did a search and found this but is a year old: 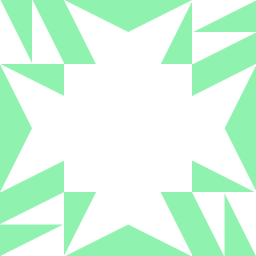 Is there any translation layer for x86 software on Ubuntu ARM?

Edit: if you see Xojo Roadmap, maybe next Xojo version will be able to build Linux ARM.

Hmmm, ok, thanks, that might be the problem, I just checked Parallels (VM) in which I let Ubuntu install. By default Parallels installed Linux Ubuntu 20.04 ARM. When I download an Intel version of Linux Ubuntu it says: “The selected image can’t be used because your Mac has an Apple processor of the M series which doesn’t support Intel based OSs”.
Parallels itself states they support AMD and Intel based software on M1 Mac in Parallels: NEW: Parallels Desktop 16.5 for Mac Supports Both M1 and Intel Chips
There are no options I can switch between AMD and Intel, so I guess Parallels should recognize if the started software is Intel or AMD based. I guess I have to head over to Parallels forum then.

And yes, there is an option to build my project with “ARM 32” build option but then I got a lot of error messages due to variables using UINT64. Furthermore I need ARM 64 (not ARM 32) but that might come later. Annoying is that whenever I want to build in ARM 32 mode I got asked to buy Xojo or to enter a key even though I bought it and have no issues building it with X86 options.

You can’t run AMD/Intel guest OS with parallels under an ARM (M1/M2) mac.

There is a product that says it can run Intel/AMD OS (windows/linux/mac) with an ARM mac: UTM for mac it uses QEMU to do the magic so the performance may vary.

“You can’t run AMD/Intel guest OS with parallels under an ARM (M1/M2) Mac.”
→ I don’t know if I get you the right way… Parallels is a VM designed for running Windows, Linux and other OSs on Mac (including M1).

What the folks at Parallels are saying is that Parallels itself runs on Intel and ARM chips. The VM guests themselves must match the processor of the system they are on.

First, I think you’re confusing AMD with ARM here. But the reason is that ARM Windows provides built-in emulation for x86 apps.

Parallels is a VM designed for running Windows, Linux and other OSs on Mac (including M1).

Because Windows 11 ARM provides emulation to run x86 code on it. Your Ubuntu ARM does not provide emulation. If you follow the link I posted there is information on how to install emulation if you want to run Linux x86 code on a Linux ARM installation (the link to askubuntu about the ‘translation layer’)

The options you have:

Thanks all for the infos and clarifications. It’s now clear to me and I will try out the translation layer!