Is it possible to create a popup window? So when clicking a control like a button, I would like a window to popup up on which I want to place 4 text fields.
In Filemaker I had something like this: 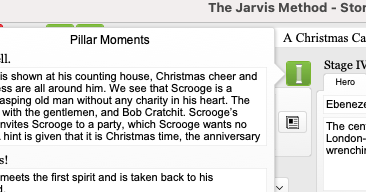 Most controls have a tooltip property. The tooltip would probably do what you are looking for if it is display only (with a bit of work to separate the four different “fields”). If the fields are interactive, you will likely need to design something, perhaps with a dialog triggered by one of the target control events.

Xojo doesn’t really support popups. I played around with some examples from the MBS plugin. It’s possible to add labels to a popup. Anything more complex like a listbox works almost. See CocoaControlMBS control deprecated - #2 by Christian_Schmitz for a screenshot.

Is it possible to create a popup window?

To add some context here, in general Xojo maps controls to native counterparts. And not every OS has a native concept of a popover. So I’m guessing that is at least partly why Xojo does not have a popover in the generic cross-platform desktop library of controls.

You posted this in the “General” forum so I can’t tell what platform(s) you care about. There are often third-party controls or Declares that may expose a given OS’s abilities if you do not need cross-platform support.

according to the xojo roadmap, popovers are coming… but when ?

Is it possible to create a popup window?

Hi all, I’ve been wanting popovers for a while and decided to write something that works on Mac and Windows. I only started a couple of days ago so be kind if it sucks…I’d like to improve it.

I’ve developed it on Mac and have tested it in Windows 7 running in Parallels. I’m especially curious to know how it works in other versions of Windows. You can get the code (with sample project) here: https://bitbucket.org/wbgookin/gspopoverwindow You design the popover as a “Plain B…

You can get them to work with declares, but be warned because Xojo doesn’t support Popovers, some controls do not behave correctly without some additional work or compromises.

You can check the Xojo feedback Issues for cases where people have asked for Popovers, albeit as most requests were made a while ago, I’d imagine they’ve been closed now.

Thanks all, as it doesn’t work natively in Xojo I think it’s better to change my approach. I wanted to create the same layout as I did in Filemaker for my current app, but I will change this to a button that will show a normal window instead. Thanks.

That’s the approach I took in one of my apps except that instead id having a button bring up the window I set a short single mode timer on the MouseEnter to wait a second or so to show the window. I turn the timer off when the window shows or on the MouseExit event for the control fires. works like a ToolTip but you have the flexibility of a window.

But i think Theo have already a popup on their roadmap.

Yes, now it is funny…