Is anyone using Mastodon here?

I’ve spent most of the day setting up my own instance with a Raspberry Pi and I think it’s working.

I also lucked out and got on Tapbot’s Ivory iOS app beta which is pretty nice.

You can find me at: 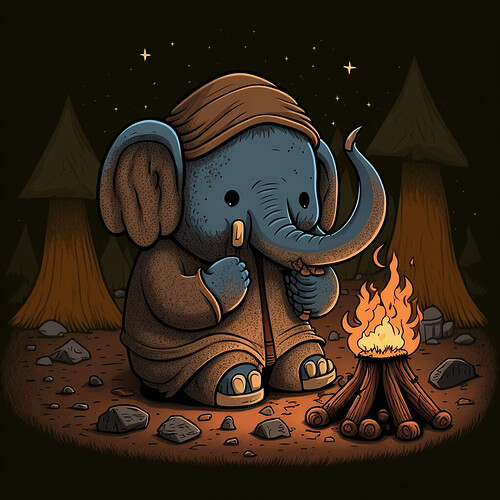 I finally got around to signing up.

I think the jury is still out when it comes to Mastodon.

I was / am not a big Twitter user by any stretch of the imagination and I certainly think the sign up process / onboarding for Mastodon is terrible but I think with it gaining traction in the mainstream media improvements will come quickly.

One thing to like about Mastodon is that it is possible to own your data much more comprehensively (albeit that is only going to apply to a small minority of nerds).

Apps like Ivory greatly simplify Mastodon and make it feel much more like Twitter so it will be interesting to see how things progress when that comes out of beta.

Is anyone using Mastodon here?

Not really “using” at the moment, but some time ago I created my handle: @DeltaworX@mastodon.online

I think with it gaining traction in the mainstream media …

If some day it goes mainstream, I’ll will think about it. Right now it may be just a fad.

I’m experimenting with it. Picking a server seems to bewilder non-technical people. It’s not a very consequential decision if you’re picking a server that has a fair number of users and has been around a few years (from what I can tell, migrating to a different server is not a push-button operation). From there I set the various configuration options so it’s more twitter-like. For example the default is to continually refresh and in the federated view things keep scrolling out of view. So I set it to refresh upon request only.

I don’t want to enrich the coffers of the Twitter assclown, but then again, I wasn’t that committed to it in the first place. I used Twitter mainly as news aggregator and to follow a few informative accounts such as virologists posting about the pandemic, etc. I am finding acceptable alternative sources (sometimes the same ones) on Mastodon. I have to block a lot more on Mastodon, paradoxically. People posting manga porn, things like that. Somewhere there’s a setting where you can filter for just English posts but some Japanese ones leak through anyway and I block those just to reduce clutter.

As many people, I’m a reader, not a publisher/poster. I go were people are, I read what the mainstream outlets of information publishes. Such place, currently, is not Mastodon.

Find some important tech company or tech news page, scroll to where they show their “social” [follow us] links, and you find icons like:

That’s why I won’t move. Nothing political or personal taste involved.

Mine is @tekcor@mastodon.social. I don’t really use it yet for the same reasons already listed: there just aren’t enough accounts I want to follow. I’m ready to make the switch, but it’s not time. 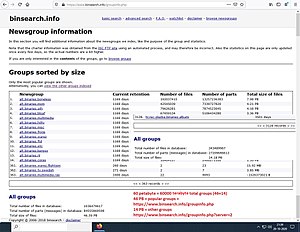 A Usenet newsgroup is a repository usually within the Usenet system, for messages posted from users in different locations using the Internet. They are discussion groups and are not devoted to publishing news. Newsgroups are technically distinct from, but functionally similar to, discussion forums on the World Wide Web. Newsreader software is used to read the content of newsgroups. Before the adoption of the World Wide Web, Usenet newsgroups were among the most popular Internet services, and hav...