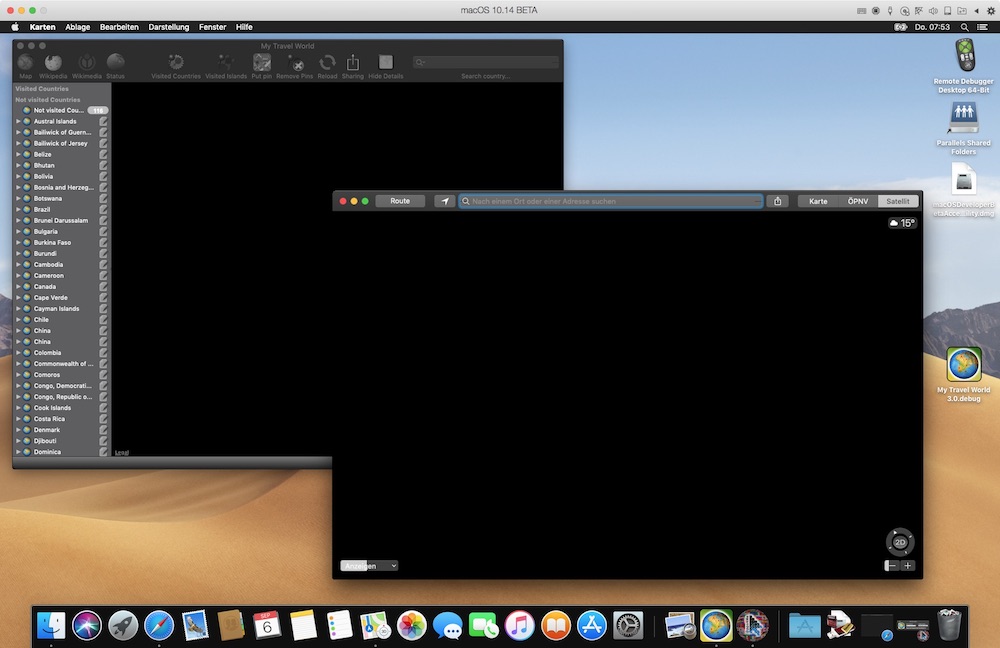 Has anyone 10.14 running on a real hardware and can check if MapKit is working?

No, the second window on the right side is Apple Maps.

I haven’t used Mojave yet, but shouldn’t the background also change to dark or something?

The Map area should show the map like this: 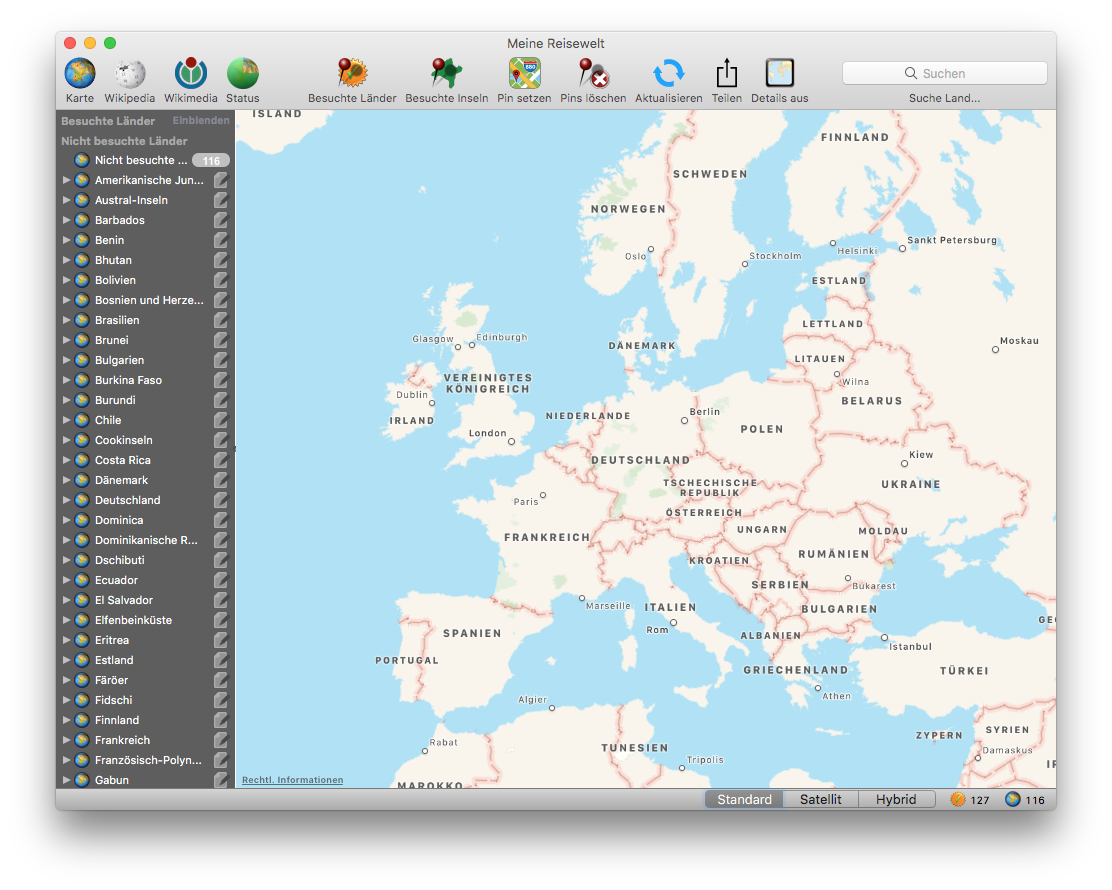 My guess is that Sam is correct in that since Parallels doesn’t truly emulate a Metal-compatible video card, maps (and therefore MapKit) just can’t render.

This is most likely the case - oddly, the graphics drivers for Windows VMs are often better than drivers on real PCs - so things like OpenGL work quite well in a Windows VM. On mac, the opposite is true - so Metal, OpenGL, OpenCL etc. can not be used in macOS VMs.

To illustrate this, on your macOS VM check out the Screensavers - you’ll see that most of them don’t work under VM.