I haven’t used Xojo for a few years due to a career change. I’ve started using it again recently for a new post and found it’s a lot like riding a bike. There are a few subtle differences, I can use var instead of dim etc, but otherwise, I’ve picked it up very quickly.

What really made me smile was when it crashed a yesterday. I’d written code for about half an hour and an errant key stroke while trying to add properties to a module caused a hard crash. Obviously this didn’t make me smile - my heart sank as I thought I was about to loose 30 mins of coding. However, a dialog popped up, notifying me of the crash and gave me the opportunity to save my work! So I did and I lost nothing.

In a beast as complicated as Xojo, I’m not surprised by the odd crash, after all, I even experience them in Xcode… To loose no work and after a 30 second delay have my project open and running again really did make me smile and really rather happy that I’d chosen Xojo as my dev environment.

The last time I used Xojo was when it was REALbasic, I believe version 3.5. I recently over the past couple of weeks have been playing around with it again and it is indeed just like riding a bike - even after nearly 15 years I was able to quickly jump right back into the basis and get going again.

Looking forward to developing a macOS application again and seeing what else comes to mind especially on the web app front.

May I suggest adding a Build Stage Script with the following — it will save your work on each Run or Build:
DoCommand("SaveFile")
I add it to all my projects

it will save your work on each Run or Build:

Yikes…
Personally speaking I like to make a change and run it in debug before deciding whether to Save permanently.

I use this build script also and rely on repo for rolling back if I hit something I don’t like that I can’t just CMD+Z out of. Has saved me innumerable times in the past.

I’m so used to hitting cmd-S on every pause that I wouldn’t need this, but I can see how it would help.

And anyone creating a complex app without the benefit of a version control system, like git, is punishing themselves.

Agreed. Even with the build script I sometimes catch myself hitting CMD+S, then CMD+R (which saves again). lol

Just to be clear folks - I wasn’t trying to execute the code, I was adding properties to the application.

I like the script idea - thank you, I will implement that.

Right, but if you don’t practice periodic saving as you work, you likely do hit Run every once in a while to check for issues in the code you’ve written. In those cases, if Xojo doesn’t have your back with allowing to save at crash, you’re not set back quite so far.

Completely agree. I normally save prior to running.

And anyone creating a complex app without the benefit of a version control system, like git, is punishing themselves.

An account with GitHub is free even for private repositories. Dead simple to use with GitHub Desktop.

But if you’re using certain editions of Xojo it only saves in a binary file format, so you’d need to do some manual work to create different branches to save to before any big change (which then still isn’t real version control)

And you don’t even need an online account. For a single developer, using git locally still has huge benefits.

I literally wore out my s key on my last MacBook Pro. Apparently I’m more gentle on the command key vs the s

Also to @Kem_Tekinay last point about Git here is a good thread we had running on the topic. GIT for One?

No, that is not longer true. 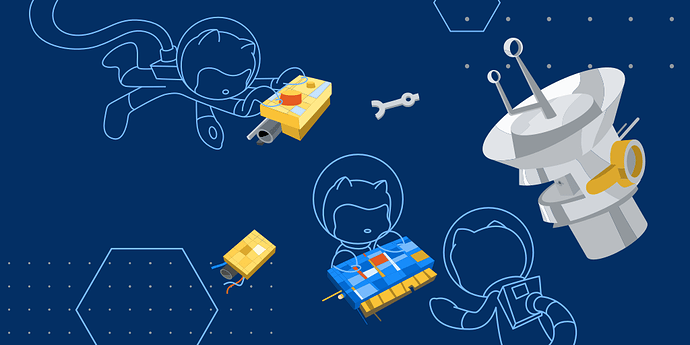 Pricing · Plans for every developer

Whether you're starting an open source project or choosing new tools for your team, we’ve got you covered.

You need a Xojo Pro license to have the ability to save as text. GIT cannot work with binary files (if I am not mistaken)

You need a Xojo Pro license to have the ability to save as text. GIT cannot work with binary files (if I am not mistaken)

You can put Binary Data into a Git Repo, but it makes no sense i’d say.

Sorry, yes you are correct. You need a Xojo Pro License to be able to save Xojo Projects as Text. (A bad restriction in my opinion…). I thought you meant you need a Git Pro Lic. to be able to use Private Git Repos.

You need a Xojo Pro License to be able to save Xojo Projects as Text.

According to this: https://www.xojo.com/assets/img/storecomparison.png Desktop license is enough, only Lite one has binary format without the possibility to easy cooperate with a version control system.

If this is not a current situation (on the picture), it will be a really bad restriction. I don’t personally see many advantages in Pro license - as I am not currently interested in web and ios, not enough to spend the extra $400…