Hi there! I’m getting lots of low memory errors with my app. So I decided to try Apple Instruments to see where the problem might be. The first problem is: I don’t understand Apple Instruments

I connected my iPhone to the MacBook and started Apple Instruments, selecting “Allocations”. Then I started my app. So my question is: the column “Persistent” shows the memory that’s being allocated to the app, right? So that’s the one I need to bring down. Is this correct? I have attached a screenshot.

If so, I don’t understand these two things: 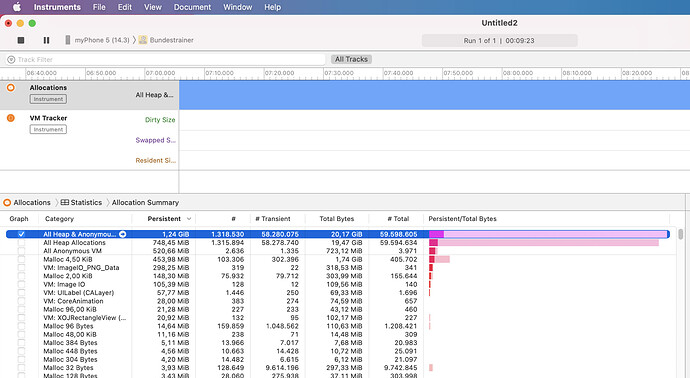 If you close a view but retain an instance of a picture somewhere then the memory won’t be released.

Please check out my blog on a series on Instruments: https://www.mothsoftware.com/blog/blog.php?search=instruments .

I have more experience with Leaks instead of Allocations. Leaks can show you if you don’t release memory.

I’d used instruments a fair amount before reading Beatrix’s blog posts and I learned a lot from them.

Great resource. Thanks much for sharing this with the community @Beatrix_Willius!

If you close a view but retain an instance of a picture somewhere then the memory won’t be released.

That’s a good point, thank you. I believe I still have instances of these pictures open but I don’t know how to remove/release them. This is how the view looks like (I’m still calling it iOSView because the project has not been converted to API2.0 yet):
iOSView -> iOSTable -> multiple instances of the same iOSCustomTableCell with multiple iOSImageViews controls on it. 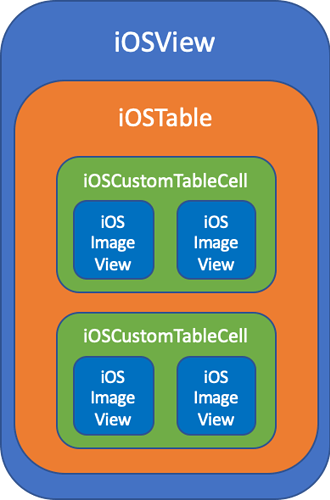 Are you using a datasource for displaying the cells?

Oh, and happy new year to all of you!

Happy new year to you too.

Of course it is possible to use a datasource with custom table cells and it is highly recommended.

Thank you Jeremie, I’ll try that.

Still, if there are no tables on the view, the view and its content is still being kept in memory when I close it. So if I have 4 pictures 1 MB each on a view, 4 MB of memory will be added to the app’s memory usage every time I open the view. I would expect those 4 MB being released from memory when I close the view but that doesn’t happen.

How do you see that the memory isn’t released? Did you check the count of the objects in Xojo? There is also a difference between the total memory and the used memory.

There are three reasons which lead me to believe the memory isn’t being released: