Launching my App on the MAC App Store

Where can I find help, instructions, advice on how to prepare and launch my App on the MAC App Store. I welcome help from experienced App developers please.

Apologies if I mis-understand your reply, but this is a MAC App, not an IOS? Are you saying IOS developers will have experience of that too? Thanks.

There are a great of elements involved in making your application ready for the Mac App Store. Edit: I use the term “Us” a lot throughout, I mean Us as in the members of this forum.

If you have any questions, ask us.

Edit: When reading the rules, you may see existing apps or new apps on the Mac App Store that clearly do not adhere to the rules. Do not take this as an understanding that you are allowed to do what they do. The same can be said for App Sandbox entitlements. I have questioned members of the Resolution Team over this, but the response I get is that “we’re not discussing App X”.

Where can I find help, instructions, advice on how to prepare and launch my App on the MAC App Store.

Sam Rowlands gave you a superb answer, with precise advice.

Sorry, I read too fast. For some reason, my brain said iOS.

Devise a marketing plan.
This one is very important. Once Apple approve your application for sale in their store and it goes live. No-one will see it, unless Apple decides to promote it. It will simply be added to the bottom of a list somewhere and die on it’s own. In the past Apple used to list new or updated apps, but they don’t anymore (and still charge the same 30%). I absolutely suck at marketing, so hopefully someone who’s more adapt at it can offer you some advice. I have a list on my wall of 12 things that don’t work, and so far zero that I’ve confirmed do work.

Feel free to contact me when your app is ready. I have published many apps on the iOS App Store and succeeded in the marketing with minimal cost.
The same rules apply to iOS and Mac App Stores when it comes to marketing.

Sam, Thank you very much for taking the time to share your knowledge and expertise. I really appreciate this. Sound advice and guidance is exactly what I needed thank you. I am a long-standing developer, but have not launched on Apple App Store before so some of the terms are new to me. I think I know ‘wrap my App’ but I’m unclear how to ‘wrap’, is there a software package that does this, is it a process I follow etc?? Thank you again.

but I’m unclear how to ‘wrap’, is there a software package that does this, is it a process I follow etc??

So, I would recommend Sam’s creation, App Wrapper. It has saved my rear end a few times. I wrap about monthly and my usual failure now is not signing/agreeing to new terms from Apple!!

Sam’s detailed write up hits it well. I’ve been fortunate that my Mac App has not been rejected yet.

. I often fail in wrapping/notarization and that has been due to either expired certificates or not agreeing to the newest terms. (My iOS app on the other hand, well that’s a different story)

Excellent advice, and thank you for the offer of further help … I’m sure I will be back for more. Very kind thanks.

Remember, if you have questions, ask us (the community, I don’t consider myself to be separate people, personalities maybe). I have become somewhat pessimistic with the App Store, so it’s always good to get feedback from others to help balance it out.

I assure you, Sam, other app stores can be just as finicky and bizarre.

I have to fight with Google in the Play store for Android, and they can be just as aggravating as Apple.

I also still have to find out why Amazon keeps rejecting my Android app from their app store.

Samsung has its own Android app store, and they are a pain, because I have to support their hardware.

Overall, platforms have their own criteria, and often enough, we have to play detective to find out why they are rejecting.

For the Mac app, seems it is so left behind by the iOS App Store, some sales are starting to dwindle.

For the first time I have seen the Windows Store overtake the MAS by quite a lot. Windows Store earnings has been about 3 times the MAS for the last quarter. And I have the same titles as in the MAS.

Seems like the MAS is no longer the place to be. At least when it comes to sales.

Seems like the MAS is no longer the place to be. At least when it comes to sales.

I have this horrible feeling in my gut that it’s not just the Mac App Store, it’s the Mac overall.

I have this horrible feeling in my gut that it’s not just the Mac App Store, it’s the Mac overall.

The MAS indeed probably simply reflects what is going on.

Apple may have shot itself in the foot with this Apple Silicon thing. Many Mac users will simply wait until AS machines get here. So it means two years with buyers waiting for the new machines.

I personally think it may run much deeper than that. In the last few years as I’ve become more unhappy with the App Store, I’ve noticed that it’s harder to promote Mac apps outside of the store, some of the places no longer exist and some are just shadows of their former selves.

I’ve also held a number of discussions with developers that I consider my peers, and pretty much every single one of them is saying that their sales are/have been slowing down on the Mac. So when you say the same thing, and say you’re seeing more and more sales on Windows, it suggests to me that no matter how much Apple reports “Profit” from their Mac arm… I believe that customers are losing interest in the Mac.

I believe that customers are losing interest in the Mac.

It is a fact that the market share of iOS is in comparison with macOS actually twice. And probably growing, with stuff like iPad Pro. Which, by the way, seems now to be the platform of choice for graphics and possibly photography.

But yet, even iOS is pale as compared to Windows and Android.

This graph shows the market share of operating systems worldwide based on over 10 billion monthly page views.

Both iOS and Mac dipped earlier this year. 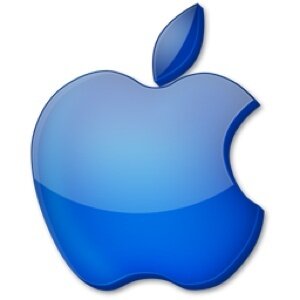 According to the latest market share survey from NetMarketShare, the market share for both Apple’s macOS and iOS dipped slightly last month.

That said, profit with iOS and Android is structured differently than our current MAS model.

@Jeremie_L would probably be able to shed more light on it, but from my little point of view, the freemium model is paramount for success on mobile.

The number of downloads for the free version can be very high. However, conversions may be less spectacular. Also, it is pretty out of question to sell for the same price as macOS or Windows. Seems buyers find a $3.99 app already expensive.

We are facing a shift in platforms , and will need to adapt.

I don’t think the MAS will be dead in a matter of months, though. There is a faithful installed base. It may not be as brilliant as it was back in 2013, but it remains alive, which indeed is much more than I could say for MacUpdate, for instance.

Interesting debate, certainly Windows laptops have taken a chunk of the market. But, I wonder if the ‘imminent’ release [late 2020, not 2 years away] of Apple silicon MACs will make a difference. AS apparently means all iPad and IOS apps will run natively on a MAC [and vice versa?] which will surely revive the MAS as a single one-stop-store for multi-platforms?

I wonder if the ‘imminent’ release [late 2020, not 2 years away] of Apple silicon MACs will make a difference.

I am convinced it is a huge goof on Apple part.

Who is going to buy Macs today, when they know they will be absolutely obsolete in two years ?

They probably just killed all sales until 2022