So whenever you finish your week 9 project, go ahead and post it here. Have fun and be sure to download other projects and discuss!

The color selector of RISC OS is particularly simple and innovative: two colors accessible directly and the third one to change the palette of the whole set.

DynamicColorPicker will give you an idea of the RISC OS way:

For week 9 of #JustCode, my project is a web app that demonstrates a web service, JSON and SQLite. The web app functions as both an app with a UI and a web service. It lets you enter your own quotes which are saved in a SQLite database. The web service randomly fetches a quote and returns it as JSON. 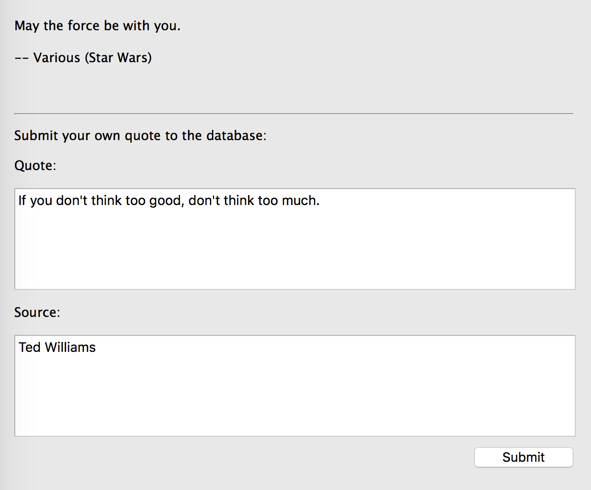 This week I programmed a little simple SQLite Viewer. You can also type SQL Commandos, but the syntax highlighting and a few other things are missing. For now it is useful and I will continue to develop it in the future.

Some years ago I wrote a simple base64 encoding/decoding tool using C# and WinForms. But since it only works on WIndows platform I thought it would be worth re-writing it using Xojo. And here it is, a simple base64 UI for Mac and Windows (maybe also running on Linux but I havn’t tried). 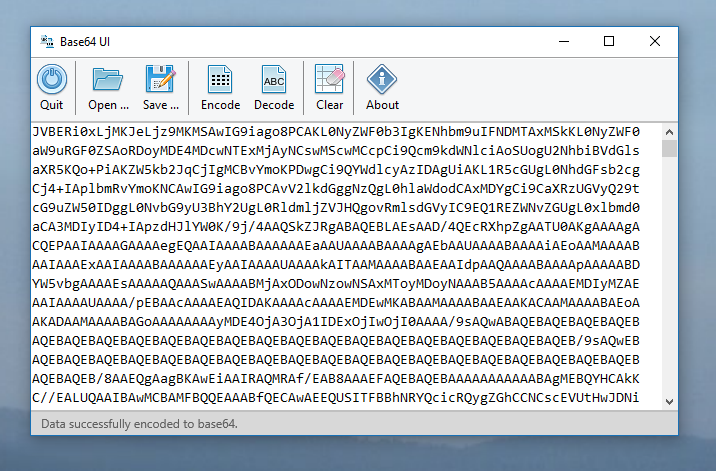 You can enter text or paste text from clipboard and encode or decode it easily. You also can load files, even binary files. The UI does not display binary data but keeps it in its buffer, so that decoding and encoding also works with non-text formats. Furthermore there is a simple routine which tries to detect the file-format when binary data was decoded, so that the user gets an idea of what file-extension he sould give the decoded data when saving to file.

Sourcecode can be downloaded here.

This is simple example of a  Minesweeper game programmed in Xojo. It does not have all the features of the full game but the basic things are working.

Continuing the theme of puzzles and games, my entry for this week is a tool that helps the user solve cryptogram puzzles. It does letter frequency analysis and other lexicographical analysis to come up with a list of suggested letter substitutions. It also sets up an interactive solving grid which makes it faster to enter plaintext letters. Entering a letter in one position fills in the letter in all other positions where the same ciphertext letter appears.

Pfff have to say I still had to change some things on my previous programs after seeing all the differences when running the Windows version. But hey, they work better now and I am learning from this project.

First post of this week is a simple convolution filter running on the RGBSurface. It is not really advanced, but I want to learn more about creating Pictures in the coming weeks. The picture displayed in the example is by Jeroen Tibbe, a dutch sports photographer.

I’m not going to make it by midnight.

The good news is, I’m ahead of schedule for next week!

(Spoiler - I’m doing something I’ll use secretly at my day job. Secretly, because “we’re a MS shop.” Bah!)

I’m not going to make it by midnight.

You’re in Alaska. I don’t think it’s midnight there until Sept. 22.

The good news is, I’m ahead of schedule for next week!

(Spoiler - I’m doing something I’ll use secretly at my day job. Secretly, because “we’re a MS shop.” Bah!)

Does it really matter? The challenge is more to showcase what you can do with Xojo in my opinion. It is better to have more examples than people holding back because of self imposed deadlines

Yes, the idea was to show what can be done with Xojo and the project file.

Sorry, I tried to edit my post and deleted it instead. I didn’t see the link at first that’s why I post that. Now I see that the download only has the app, thanks for pointing that out.

Which would disqualify it as the source code is required:

[quote]No need to compile, you are only required to submit your project to complete the challenge.

Also a way to exchange ideas / how to other do

And my second project this week. I was inspired by an introductory text on image processing: not all bits of the pixels are of equal importance if you want to do image recognition. Knowledge that might safe you work. So I had to try and see if I could make it more insightful, as in the picture of the book. The code is quite simple and can be downloaded here: https://surfdrive.surf.nl/files/index.php/s/PfQGPQk5LHzHJ6T

Even though the project is easy in itself, I did have to delve into a lot of little topics as it has been a while since I really used Xojo for images.

Sorry, I did not read that the source code needs to be published for the challange and I have not found a way to edit my post.