So if you finish your week 7 before Friday, go ahead and post it here. Have fun and be sure to download other projects and discuss!

WifiAlive goes on Internet every minute (or when you click on the icon) to check if the connection is still alive.

By preventing the Wifi module from going to sleep, this tool can solve several common problems:

Im a big baseball fan. I was recently at Sea Dogs game (our local AA minor league team) and was sitting behind home plate alongside many scouts who were carefully watching the pitchers. I noticed several were tracking pitch counts using an app on a tablet or laptop. I thought that would make for an interesting app to make in Xojo, so this week Ive made an iOS app (Im on an iOS roll it seems) to track the location of pitches, similar to what I observed the scouts using. 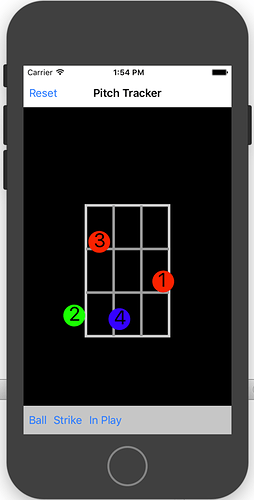 An iOS app where you tap to track pitches in a baseball or softball game. Created for the 2018 Xojo #JustCode Challenge.

Had an interesting conversation involving dice and odds, figured a dice roller app, while simple would be a good intro to iOS. Learned about some basic drawing, reusing canvases and CustomTableCells. Added the stats panel because I have a love-hate relationship with numbers. 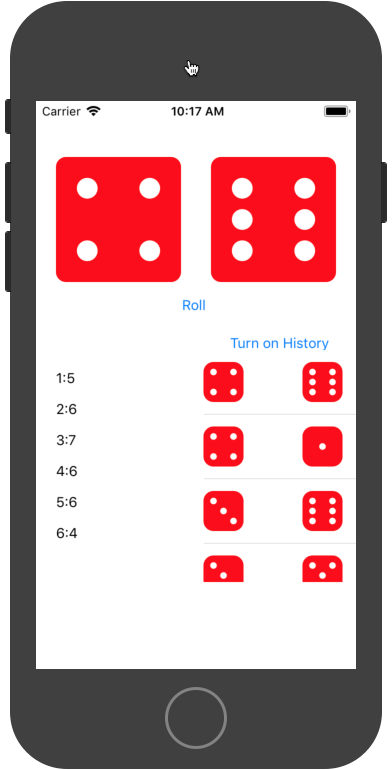 This week I was too busy to write something new so I improved my  Fireworks animation project from last week. Now the particles have trails so the animation looks a bit better now.

Because of the very nice and hot weather here in Hannover (Germany) I didn’t code much this week. But at least I managed to switch my little mp3 player app of last week from the standard Xojo SoundPlayer class to the great BASS lib. Both on Windows and Mac. Unfortunalety there is currently not much more functionality implemented other than showing the current position within the song when playing.

This was a very hot week, so just a small app to export the Mac contacts to a CSV file.

You’ve no doubt seen those annoying Sudoku puzzles in the newspaper. I’ve never had much interest in them, because solving them seems like pure grunt work, much of it trial and error. Lately, I’ve decided to see how easy it would be to write a program to solve them. Given the speed of modern computers, it’s actually feasible to solve them completely by trial and error, but there’s not much appeal in doing that, and it wouldn’t teach a human anything about solving them. So, my Sudoku solver uses logic strategies that are simple enough for a human to apply.

The program currently uses two very basic well known strategies, plus a slightly more complex one. In its current state, the program won’t solve some of the more difficult puzzles. So, this may be a continuing Just Code submission in coming weeks if/when I add other solving strategies.

Refer to the app.RevisionNotes note and the Help screen for additional info.
A set of example Sudoku puzzles is also included in a plain text file.

I’d like to squeeze my project in. It’s still in works, and has plenty of bugs and holes to be patched, but it works if you click all the right buttons.

Per my post a couple weeks ago, it’s a database editor, for Sqlite and Postgres. Using MVP design pattern. It’s mostly working with SQLite. I’ve added the local SQLite database to store and manage the databases that you want to connect to. If it doesn’t exist, it will created the sqlite file in your documents folder. The UI could certainly use an overhaul.

You can import a CSV file of data into a table. There’s a task that updates the progress bar while the data is being imported into the database. I also use a DAO object and introspection on the local database store. It’s fun.

So, please excuse the bugs and all the other garbage in there and try to enjoy.

(I skipped several frames during the import(it’s 36,000 records). But you can see that the CSV parser works quite quickly.