Using RGBSurface to get pixels from it doesnt work so well.

I create a new picture and draw onto that using blocks of color , taken from RGBSurface.pixel values.

What I read (and then draw with) , has a very strong yellow cast.

Picture to illustrate:
Top is the imageloader dialog
Second picture is the picture I chose.
Third is how the new (reduced in size) image appears in the debugger.
Note that the whites are still whiteish.

Bottom right is the final image, created by drawing blocks using the color presented by RGBSurface
Looks like it has yellow plastic stuck over it! 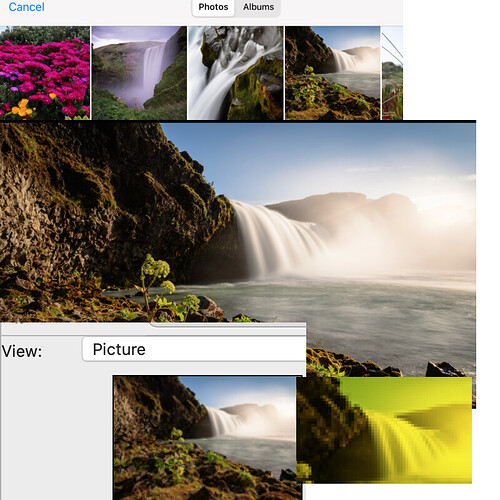 A sample source color , in the debugger, shows
&cF9FA00FF as near-white

It looks like BLUE and ALPHA may be mixed up?

Luckily, MBS plugins now work in iOS -
(I had been avoiding all plugins and declares, dangit)