I think I found another API 2 locale bug – but maybe it was already reported or I err.
Can someone please confirm this?
By the docs, Integer.FromString should be able to read a formatted integer value.
The following (here in a console run event) will throw a runtime exception:

Sorry, that was typo when I switched from locale.current to a manually created one.
Same exception.

Forgot to say I am on Mac.

Probably a Xojo on MacOS bug …?

Here’s how Xojo handles it 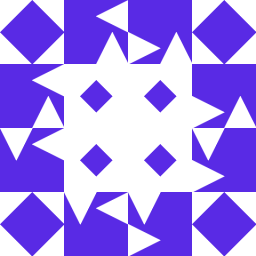 en_US or en-US, which one should you use?

Probably a Xojo on MacOS bug …?

Yes, obviously. Thanks for confirming it is ok on Windows. Did not test there yet.

Definately… tested on macOS big sur x64 and “de-DE” doesn’t do what it’s suppose to do.

try “nl-NL” it’s suppose to be the same, and it seems to work on my “nl-NL” machine.

For “de-DE” this happens:

@DerkJ: I think we had the same idea at the same time

Confirms my experience with the locales. Never had time to dive into it and preferred working around it. I found a similar issue while working on Xojo Web 2. As well with de-DE. Didn’t have the idea to try another European locale. Good, I learned 2 things. NL beats Germany 1:0, and I now know how a screenshot is called in Dutch: Schermafbeelding

I am not into soccer/football/whatever you call it, but make that rather 1:1:

Clearly this is a bug on (Xojo?) MacOS side: Note i use DateTime instead of Date since “Date” is deprecated. Windows DateTime instance (works correctly): Note: Windows has one bug an that is DateTime.DayOfWeek shows 2 while it should be 1 since the day starts @ monday and the day on the image below is monday: [windows_datetime_xojo] Windows FolderItem.ModificationDateTime: [windows_folderitem_modification_datetime_xojo] Both Date and Time seem to be correct in “Europe/Amsterdam” or GMTO…

P.S.: I wish someone would invent a unit test so Xojo could have automated quality assurance and get rid of these nasty bugs before they manifest in a release. Something like https://github.com/xojo/XojoUnit

Tried with NL locale, but that causes an exception on my Mac as well. You put a leading 0 at the beginning of the format string which changes the format to, well, unformatted.

Did you try the sample code from: https://documentation.xojo.com/api/data_types/integer.html#integer-fromstring ?

I get the same RuntimeException (1,234 is not a valid integer).

Yes sure. Then it will fire an exception.
As Alberto found out, I was wrong. It is not the locale. Integer.FromString is not working at all; it will cause an exception even with the US demo code.

Integer.FromString is not working at al

It is the final solution to my question if there’s something wrong with Integer.FromString. Not a solution for those running into the bug of course.
I worked around it by removing all locale.GroupSeparators in the suspected Integer before parsing it …
(And I hope that the ticket will still stay valid)

(Edited typo. It wasn’t the final solution to my answer …)

It is the final solution to my answer if there’s something wrong with Integer.FromString.

of course, no worries, I just found it “funny”: Problem solved, because it is fundamentally broken elsewhere :-).

I worked around it by removing all locale.GroupSeparators in the suspected Integer before parsing it …
(And I hope that the ticket will still stay valid)

That’s what I did as well. Works, but it is a shame, as theoretically we are close to a very elegant solution, if it would work.