How do I get the Index value of a Control that is in a Control Set? 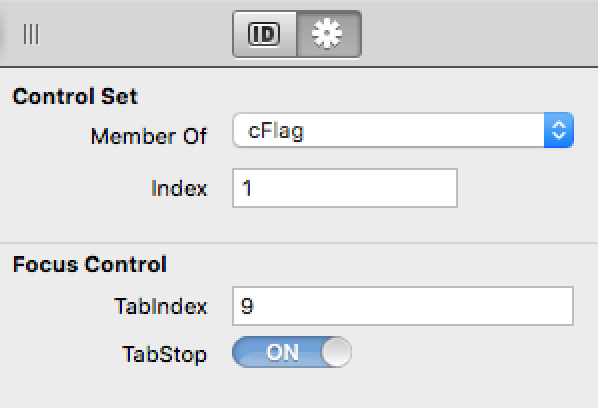 In fact, How do I know by code that this cFlag Control is a member of a Control Set ?

Then, how do I get its Index ?

These are the information shown in the Control Set of the above screen shot.

Nota: Focus Control values can be get using Canvas1.TabIndex and Canvas1.TabStop.

You can check the Index property of the control.

Thank you Anthony, but what about outside of the Control Set ?

Say in a PushButton or in a Method (somethng that scan a window contents).

I’m not sure I understand what you’re after. Can you explain what you’re trying to achieve?

If you want to iterate over controls in a ControlSet, here’s a thread that may help you:

Here’s a slightly more succinct method I just worked up:

Note that you must pass it a valid instance from the ControlSet.

If you want it as an extension of RectControl, place in a module: