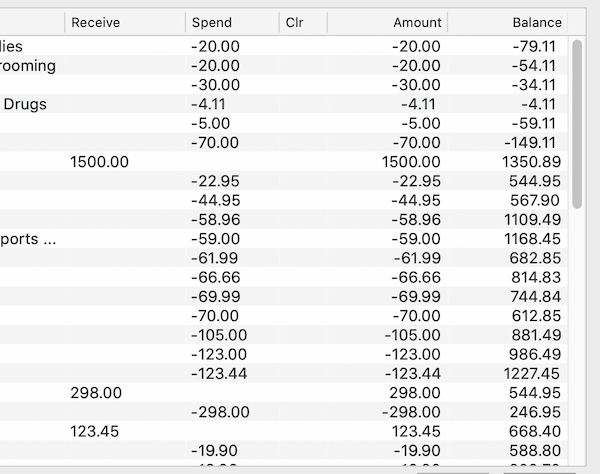 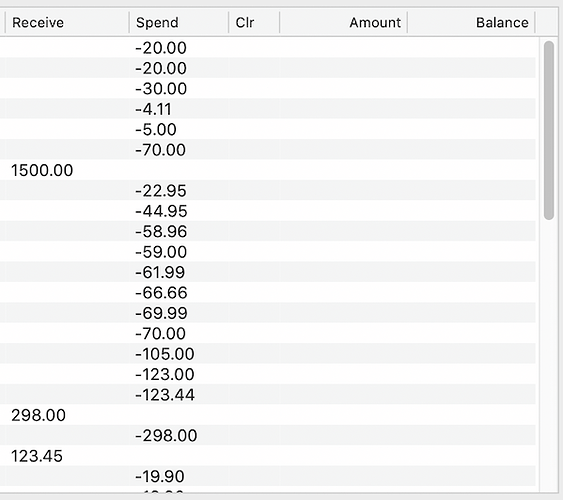 have you paint the columns by event?
because they are not align perfect to the right.
it looks like the center is the dot.

The only paint event for the listbox is to paint the alternate rows for ease of reading across.
I had forgotten to set up the Receive and Spend columns for decimal alignment. Added decimal alignment for them. Still get same disappearance and re-appearance as I change the width of other columns a very small amount.

You will need to create a sample, record a video and create a Feedback case for this, that way Xojo can take a look.

If you use ListBox instead of DesktopListBox do you get the same behavior?

Bug exists in both Listbox and DesktopListbox. Vertical scrollbar is required to make bug happen.
Width of disappearing data is equal to the amount the total width of all columns exceeds the width of the listbox.
I have created a sample project and filed in Feedback. Case is 67826.
Haven’t been able to find a workaround.