Code Error - There is more than one item with this name...

Why am I getting this error? 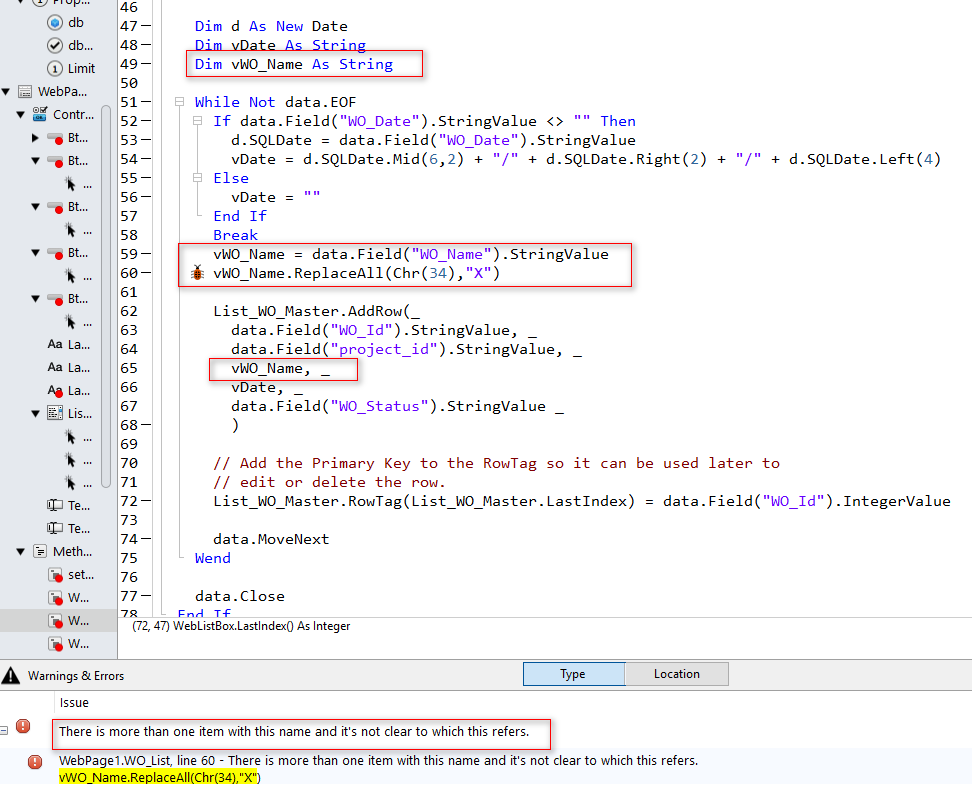 I’m not sure about the relevance of that particular error message, but shouldn’t line 60 be something like the following:

I hope that helps.

I had stared and stared at the line… and totally missed that…
to the point when I tried to recreate the situation, I actually typed it in correctly

Scott, thanks for pointing out my blind spot. For some reason I thought the variable was updating itself. I even had a blind-spot looking at the example on the doc help.

I’m still not off the hook. The quotes didn’t get replaced - see image… 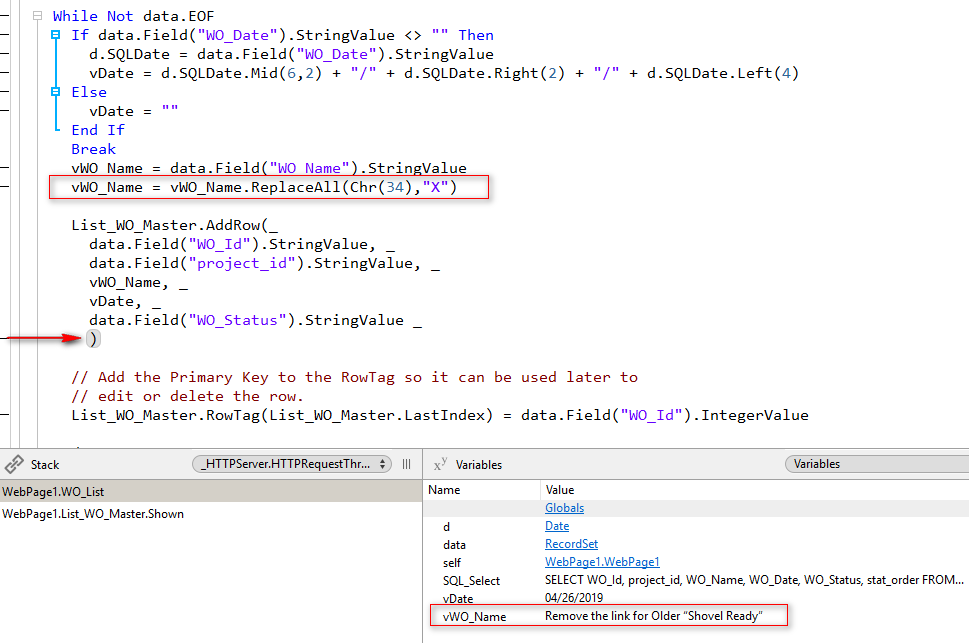 are you sure they are CHR(34) quotes or “smart quotes”

yeah… what we said

I think you guys are on to something. But how do I use that in my code? What’s the ascii character equivalent or is there another method to do the substitution?

Maybe you can check the contents of vMO_Name (what you put in a square on your image) and see the hex representation?

here is a topic to consider

unfortunatly… there is no RegEx solution,. just a series of REPLACEALL… but its something

Maybe you can check the contents of vMO_Name (what you put in a square on your image) and see the hex representation?

What if you put a break-point at the beginning of your While loop, and step through each iteration of your RecordSet - and drill down into each record (click on the RecordSet link in the debugger, bottom-right area of your screen-shot) to see the actual content returned from your query (before manipulating the vWO_Name string).

Does it show the contents of your WO_Name column any differently?

Yes I did do that. It is the same.

My value is different but I don’t know how to read the hex values.

My value is different but I don’t know how to read the hex values.

Here are some references that may help in the future.