This is a nervous time for me as I’ll be giving a lecture and tutorial on its use to the teachers and lecturers who will later be using it to teach basic programming concepts. It has an integrated debugger and help file and supports calls to external libraries and the inclusion of multiple source files in the compiled executable.

I’m particularly proud of the non blocking interface and highlighting of code in the editor.

I originally designed ALS to be a teaching tool only but for me it has turned into so much more. It is now my goto environment for writing any code and playing around with ideas. I’m looking at adding different instruction set libraries and possible serial communication to external devices to code them directly, I’m thinking of starting with my little z80 machine.

Here’s a few screen shots for your feed back. 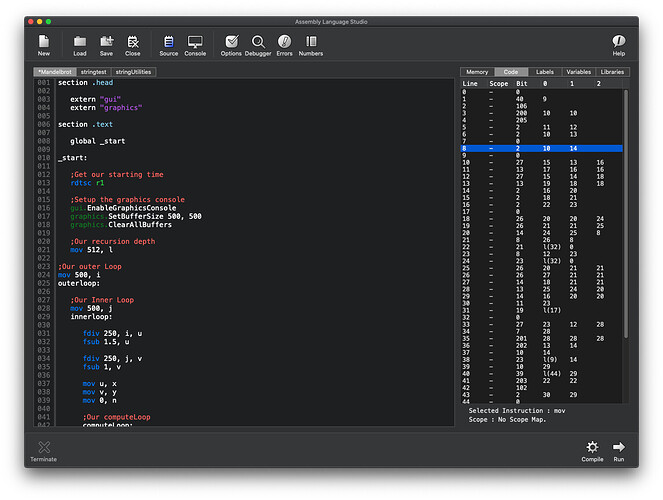 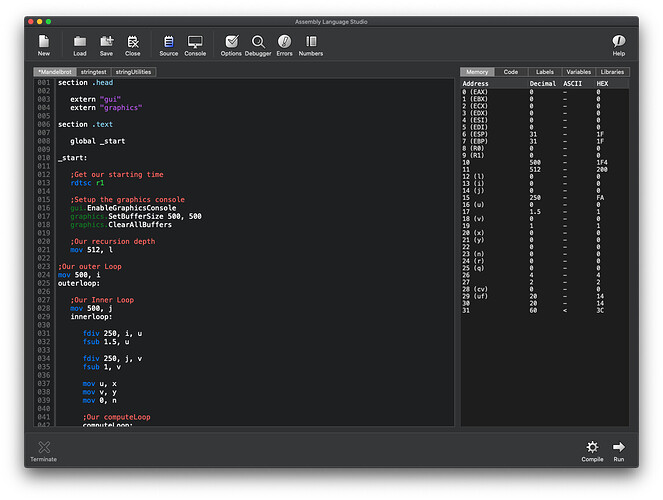 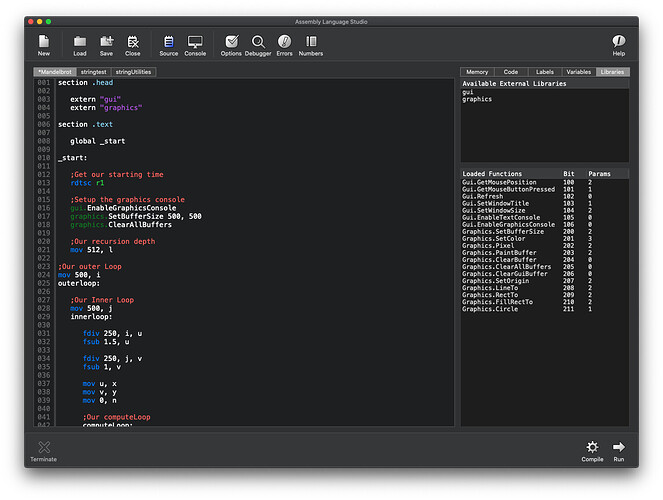 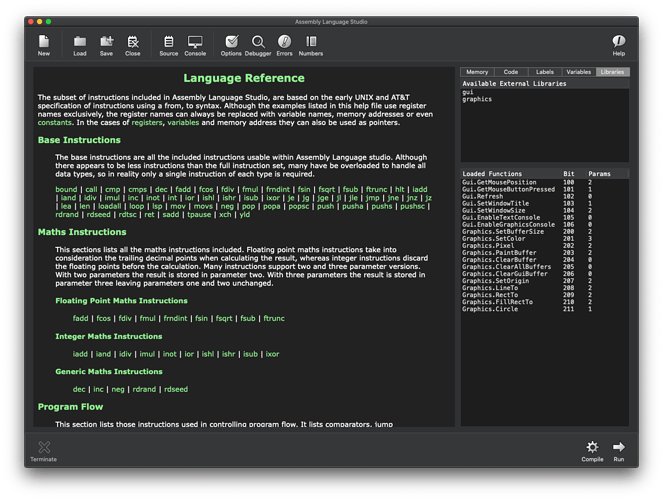 Forgot to include the options which control a great deal of the program experience. The options are saved along with the source file so they’ll all be set back to what you decided when the source is loaded again. Similarly the size and position of the editor and if full screen is also saved on close and resumed when the editor is opened again. Each code tab in the editor can have completely different options… 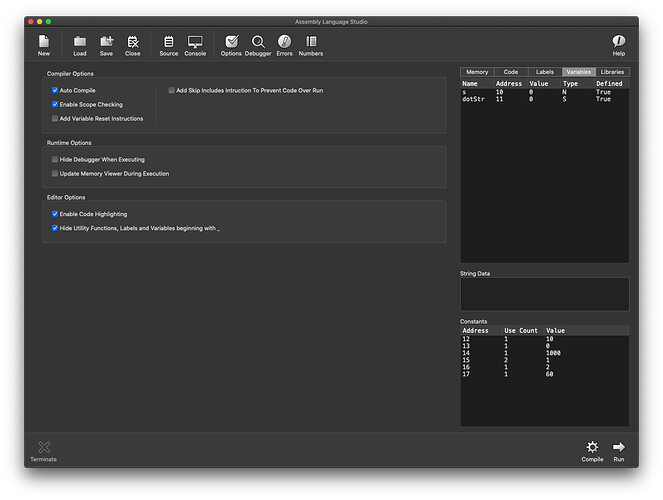 Here’s a little example of Assembly Language Studio running, doing the creation of a Mandelbrot, you can see that the memory viewer is updating in realtime during the generation, which is really handy when debugging. The assembly code is running on a seperate thread but you can see that the GUI does not become unresponsive or beach ball. I’ve slowed down the Mandelbrot creation a little to update the GUI more frequently.

Video of ALS creating a Mandelbrot.