Imagine you have a screen full of ‘space invaders’
They appear in rows and are perfect replicas of each other.
Now imagine a box of eggs.
In general, they are very very similar, but they have tiny differences of position, shape, coloring.
They aren’t in exact regimen… some may be a little higher or lower up the screen.

Or think of a knitted garment… in theory each knit is the same, in practice each is slightly twisted or different.

What I would like to do is apply an effect or process to the ‘perfect’ image so that they are slightly imperfect.
A pixel higher or lower than the neighbour, maybe a tiny rotation.
Im wondering if there is a localised warp effect that anyone knows about that might be applied?
Half the battle for this kind of thing is knowing what such and effect might be called.

What’s the goal? You’re getting close to steganography.

Exactly as described above. I want to take a perfectly arranged computer generated ‘grid’ of stuff , and shake it up a bit so it is less regimented.
I had to look up steganography.
I dont have a code to hide.
But as it happens, a picture I found on Wiki sums it up quite well… look at this image of a grid of letters. You can tell it is hand written because although it is in a grid and uses repeated symbols, they arent quite identical each time. 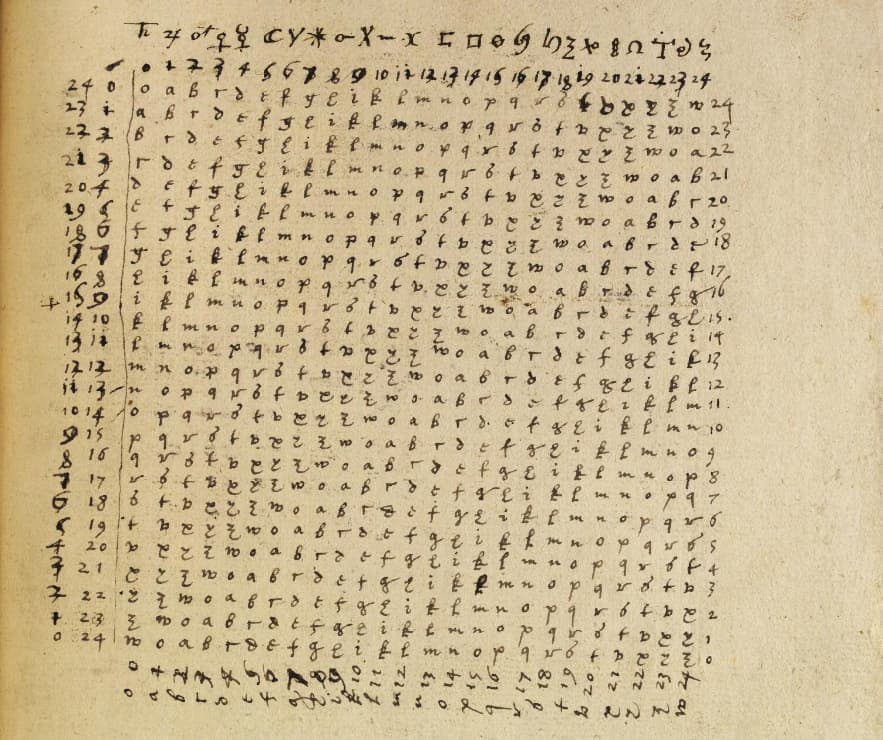 You want to randomize your graphics. Define an affine rotation and make it wiggle a bit. The same goes for color, size and whatever you can think of.

What I would like to do is apply an effect or process to the ‘perfect’ image so that they are slightly imperfect.

means this image was not made by you and you will just modify?

The image is made by me with small repeatable elements.
I wish them to look less obviously repeated.

Is it enough to resize them (width / height and up / down) ?

Is it enough to resize them

I’ll play with that idea first. AffineTransformation sounds a bit technical for me at this point… 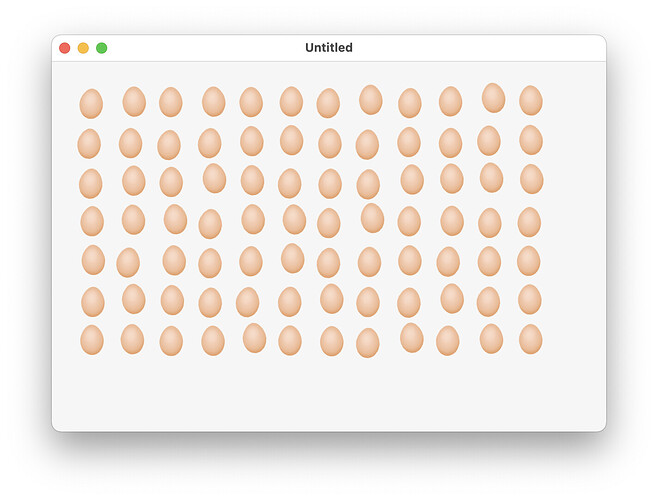 That looks very useful!
Thank you.

rem separate an egg from picture and put it in your code (egg-PIC)
Var px As New PixmapShape(eipic)
Dim w, h As Integer
g.DrawingColor = Color.White
g.FillRectangle(0,0,g.Width,g.height)

rem Resize your Window And the eggs will come To life