A Window KeyDown event refuses to fire first round then fine

This is a Desktop question. Current on XOJO,
I have several windows with the same basic set of controls, in this case buttons. The windows are opened and these buttons and Window.KeyDown events properly.fire. On this window, I have to press a couple of buttons first before the Keydown fires. There are no MenuItem Shortcuts for these buttons, so I can safely say it’s weird. Also there are no hidden windows grabbing the keydown. There are also no other KeyDowns in the window.

Finally, I thought it was something that was acting up until I heard the MS Windows bling for a bad key entered on that first round. Then after the buttons have been hit, Keydown fires properly.
The image below is one I use for my help, so it has a doubled view of the window. The doubling is different views of the PagePanels 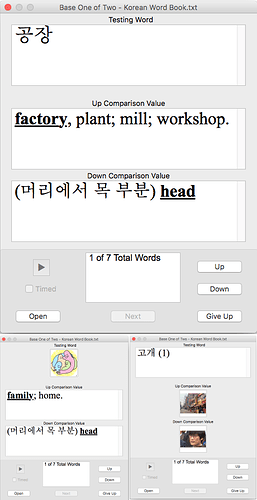 Are you sure the window in which you expect to get the event is actually the frontmost one? (check the close, zoom and minimise buttons; are they coloured in the window you want?)

Thanks. Actually it is the only window. I’ll check on those buttons. I’m hoping I didn’t find a bug with PagePanel.

Update: Filed a bug report. I have no idea what’s the cause, and it’s not simple. I included a project that worked and didn’t work.