I noticed that the Delete key and the contextmenu’s don’t seem to work. Upon loading 2022R2 no problems.

To get the delete key working, you need to go to Edit, Options, General, edit menu shortcuts. Deletion is currently set to ctrl-backspace. You can change it to delete. 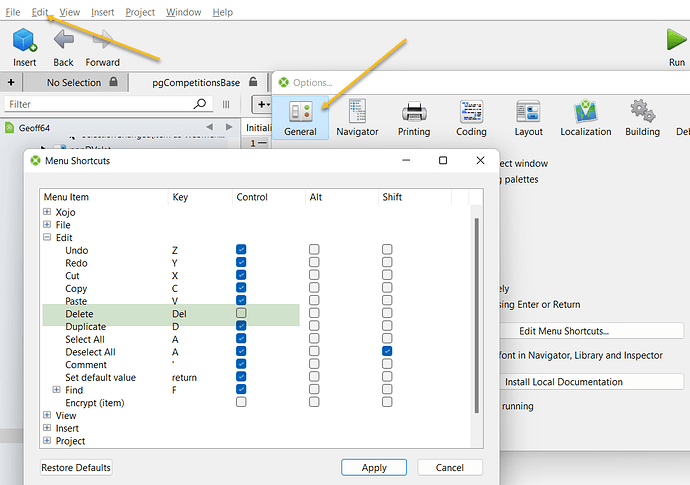 Thank you for the workaround Louis, as I thought this was broken when I attempted to remove a control (Windows 11, Xojo 2022 r3).

Xojo, please return the default action to have the delete key work in Windows OS.

From what I read, Xojo decided to make this change but I don’t remember the reason.

I don’t remember the reason.

I do remember a bug deleting items on the navigator while the user was typing code on other panes as code or inspector and pressed DEL/Backspace to erase chars. Maybe this workaround make it harder to such bug to manifest itself.

Here is the link to the issue:

Indeed, I had this issue of deleting a control or the whole method instead of the selected code during the beta phase. It happened after working for a while in Xojo. In the later betas and the release build, I have not encountered the issue.