I should be able to do that now.
I should be strip out all the other code , classes etc and get it down to one screen

Nope.
If I get it down to a single window with a MobileCanvas on it, no problem.

For clarity, should we be able to mix Mobilennn and IOSnnn controls in a project?
I started clean with Mobilennn , expecting that this means an easier transition to any eventual Android
But some things I need to do arent present in the Mobile controls, and so I have some iOS and some Mobile.

But some things I need to do arent present in the Mobile controls, and so I have some iOS and some Mobile.

Could you clarify? I’m not aware that we removed anything.

Hard to recall.
This was a few weeks ago, there was something not available with a Mobile Prefix and I had to fall back on iOSxxx

If I can summon up the will to try building this up from scratch I will let you know.

Right now I am completely disheartened.

I started a clean project, and began shifting items one by one into it, building and installing as I went.
I have one class that inherits interfaces from iOSMobileTable
Adding the class, still loads.
If I add a line of code anywhere in the app that creates an instance of this, it will not install.
Remember that this code is not being run.

If I change the inheritance from iOSMobileTable, to use (deprecated) iOSTable, it does install , with the line of code in place.
Theres a long way from here to getting back to a working app, but it’s something that looks very wrong.

If I add a line of code anywhere in the app that creates an instance of this, it will not install.

Can you give me an example?

I managed to get things down to a pretty short bit of code.
In the project below, I stripped out nearly everything.
One class (ChartClass) has interfaces for IOSMobileTable etc

In this, as in the ‘real’ project, the app runs fine in simulator.

But it will not install on a device with the class used.
I have once managed to get the failing version to install immediately after installing the working one… almost as if it was piggy backing on the permissions.
But if I install the working one, then delete it and then install the fail, it fails once more.

(This file will be removed after a week or so, and ps: why cant we use URL shorteners in the forum?)

You might be on to something with iOSMobileTable being somewhat broken. I have a table which I’m populating with custom table cells.

The 1st screenshot is when I do this with the “old” iOSTable. You can see that on June 28 there are two games and then there is the next day June 29 listed. All of them are custom table cells.

It’s consistent with all devices in Simulator. I can load the app to a real device but it’s the same thing there.

@Greg_O_Lone If you need the code, I’ll be happy to provide it. 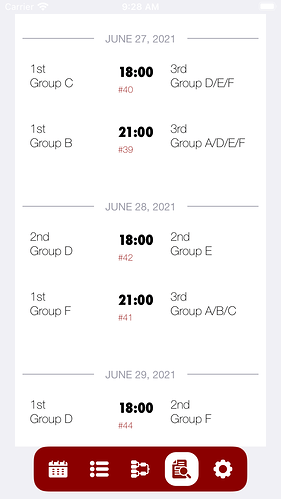 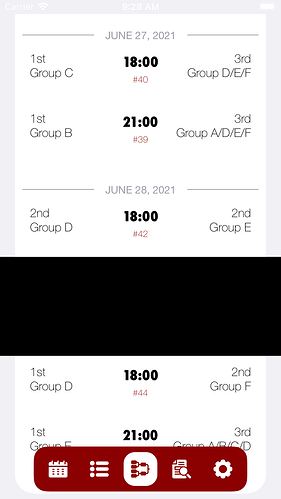 @Jeff_Tullin maybe you can work with @Greg_O_Lone directly and send him your project so he can look into the exact issues you face in your project? You can attach projects such that only Xojo can see them on Feedback