Is there a Repeat method for Strings?

Did you actually test that method?

Kem, you have both, you want to know, test it and show us.

Not sure how that was helpful. In fact, I’m sure it wasn’t.

I didn’t incentivize you to test it and get the numbers? I’m sorry for my lack of proper conversation skills. I’m really not good at it.

Heads up, guys, Kem’s method is actually faster in higher repeat times, from about 200+ times

Kem, you knew that, didn’t you?

OK, now we have a challenge

Way back when, I was just as surprised as you seem to be now. It’s the effect of doubling and re-doubling the string. (Again, this was Joe Strout’s code, and I’m guessing he did the same sorts of tests.)

There is a method that may be available in an upcoming version of Xojo that could help make it faster. I’m going to test that soon.

As I wrote, it’s much faster than “my method” the higher the number of repetitions becomes (from about ca. 200). It takes only 16 iterations of concatenation plus a final one for 100,000 repetitions.
So, these types of discussion are great to learn something new. Thanks, Kem!

But I prefer it that way, because now I understand why and how!

Exponential approximation of the size, the inverse of logarithmic search looking for a value

I just tested. Repeating the letter “a” 10,000 times, and doing that 100 times, using the method in M_String vs. the potential new option yields these results in a compiled app:

As you can see, kem’s repeat wins by alot.
Time is in microseconds
Results on Mac M1 ARM64 native build

Nevermind this has a bug…

Actually, all I expected from my original post was just “Yes, it’s this…”, or “No”. The discussion has been interesting, but now I’m confused:

“Function” only seems to occur in the documentation as part of XojoScript. So is the above intended to be XojoScript? Or is a just shorthand for the standard elements of the IDE (which of course are hard represent with just keyboard characters)?

For normal Xojo code in the IDE, you don’t put in the Function/End Function lines. The IDE does it for you. You put the function Name, Parameters, Return Type in the inspector fields for the function. If you were to copy the method from the navigator pane and past it into a text editor, you would see it in the format Rick posted. Or if you opened your text format project in a text editor, you would also see those lines.

This form is commonly used in the forum to show the full definition of a method/function. You wouldn’t paste it wholesale into the IDE. You would parse it out into its separate fields.

Insert a Module. Name it String_Utils.

Copy all the functions codes above, 2 times, one for each function.

Right click the Module String_Utils in the navigator, choose paste each time.

It should create those functions there for you. 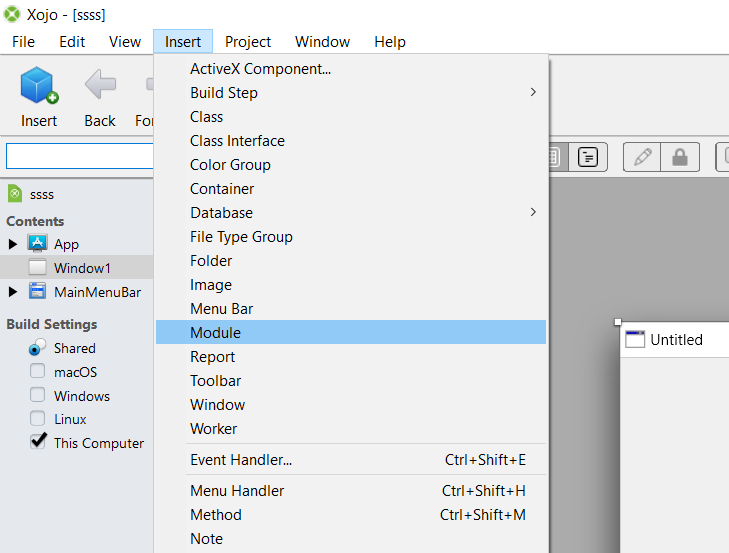 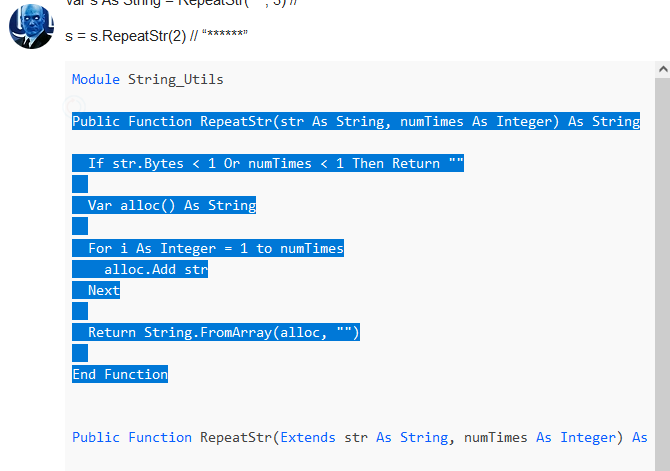 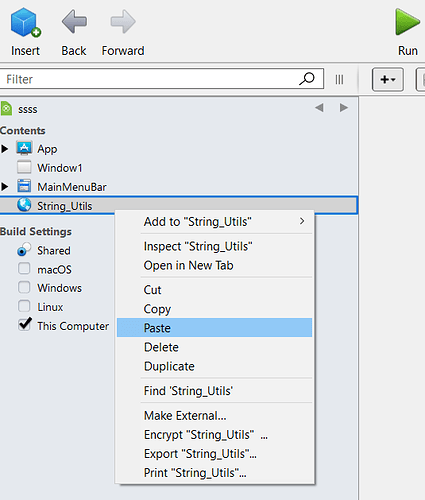 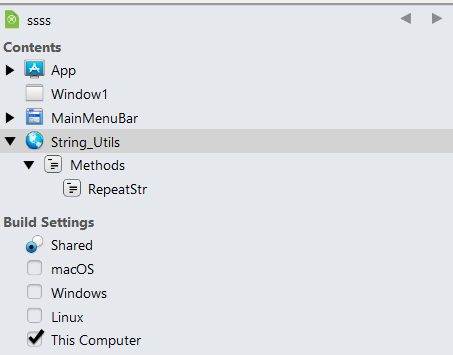 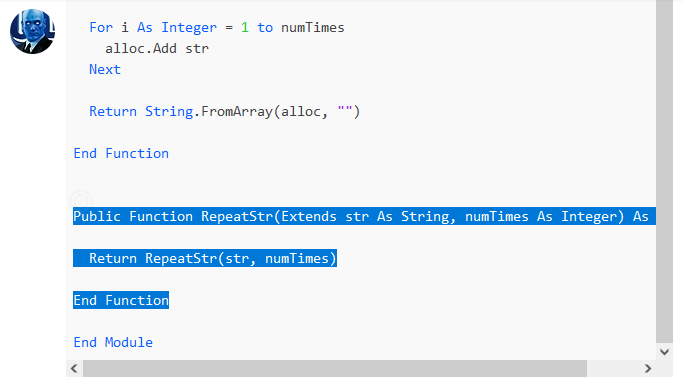 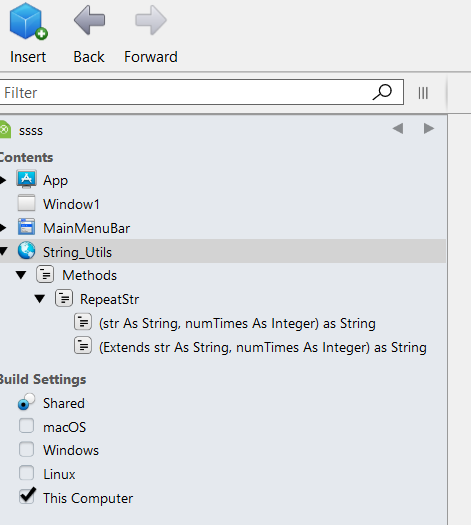 Right, I did that and it was just as you said.

I just tested. Repeating the letter “a” 10,000 times, and doing that 100 times, using the method in M_String vs. the potential new option yields these results in a compiled app:

Now that Xojo 2022r2 has been released, I can reveal that the “mystery method” takes advantage of the new, very fast MemoryBlock.CopyBytes function.