I need this check to enable a certain graphical output where a source String is then drawn character by character.

P.S. I don’t want to use a RegEx for this

Off the top of my head:

makes in my test case a difference of 20 ms. Further suggestions for optimization?

Note that s.Asc will return the code point for the first character only. Is that what you want?

Are you measuring the calling function too? If so, are you using Split the parse the characters?

It doesn’t matter in my case, because I call the function inside a loop for single characters:

That’s why it works wonderfully in my case. I have also tested it with Cyrillic letters etc. .

The only optimization I see is to inline the test as function calls have overhead.

Edit: But that affects readability.

Cool, thanks. However, this doesn’t make sense in my case, because I call the function in other methods as well and don’t want duplicate code

But in thinking about it more, where speed is important, you are calling the Lowercase function for each character of the string instead of just once on the whole thing. If your string is 100 character, it probably doesn’t make a difference. If it’s 100k, you might feel that.

What platforms?
You could also use NSStringCompareMBS function on macOS and iOS to compare with various options.

After reading the Leaking Locale and core.Local Objects? thread. I started thinking about string comparison performance and found the current thread.

And after reading through here, I was interested in how NSStringCompareMBS would preform, if included as another test case (based on the code in the original post).

So I added the following two test runs:

And got the following results:

My conclusion was, for case-insensitive string comparisons use the = or <> operators. And for case-sensitive matches, use NSStringCompareMBS - if available to you and appropriate.

I hope that is useful to someone. Thanks.

There must be a way to efficiently use memory blocks for this. Albeit I can’t think of one at the moment. I use memoryblocks for case sensitive “select case”.

If you have to use MemoryBlocks for standard operations then Xojo is doing something wrong.

For String.Compare I made a feedback case 64647 as it converts all Strings to Text and then does a compare, which makes it slower than it needs to be. And on macOS the compare may be with creating CFString internally (another copy in addition to text) to do the compare.

For NSStringCompareMBS similarly you have the overhead of a plugin function call, which is not efficient as it could be. (see 62010). And then our plugin will do CFString/NString comparison for you.

String.Compare may be slower than other methods, but in one project it was the only way for me to get a decent ordering of a ListBox containing “Umlaute”. (StrComp didn’t work properly.) I don’t know how else I could have it done so I am glad I have this option. 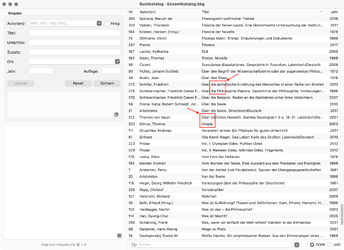 I fear I don‘t know what that is.

You will learn the first time when strings that should be the same don’t match. I thought I was going crazy.

I will look into this as soon as it bugs me … (Fortunately I didn‘t have to deal with that sort of problems before.)

Unicode equivalence is the specification by the Unicode character encoding standard that some sequences of code points represent essentially the same character. This feature was introduced in the standard to allow compatibility with preexisting standard character sets, which often included similar or identical characters. Unicode provides two such notions, canonical equivalence and compatibility. Code point sequences that are defined as canonically equivalent are assumed to have the same appear...

In a nutshell, some characters can be represented in two different ways: one code point that represents the character, or a series of two or more code points.

To see this in action in Xojo, try this:

(I am greatly simplifying the issue here.)

Normalization is the process of getting all the character represented in the same way, either Composed (one code point) or Decomposed (two or more code points). Once you have achieved that consistency, things like sorts and searches will work properly.

My M_String project include normalization code, as does the MBS plugins.