Can you PLEASE stop banning important and helpfull Members?

I see you have recently banned Mr.G. A very kind, helpfull and skilled Member which was even a speaker on XDC just two years ago. It seems he has been banned because he posted something in
Xojo is technical dept that was from a moderators perspective not contributing the Thread.
Because Mr.G. was sure that his post was relating to the Thread, he posted the same content again two or three times. Each of these post have been deleted and he has been banned for 1,000 YEARS! The Thread then drifted “a bit” away from it’s topic and is now closed.
This is just an example.

We all totally agree that this forum is your forum. You make the rules. And threads should discuss mainly Xojo stuff.
But PLEASE stop banning valuable Members for no good reason. People like Mr.G. are so incredibly important for this forum and certainly also for the success of Xojo, that we cannot or do not want to do without them.

I just ask you to be a little more careful with banning people from this Forum. Please

(I do not expect an answer. I just want Xojo to think about it a bit.)

I see you have recently banned Mr.G

The forum has rules.
While I don’t know the details (especially not the content of deleted messages), I can’t really judge this.

But the usual procedure is that people get warned and are banned for some time. After several bans, they may get banned for longe periods. The ban for live (forever is 1000 years in this forum software) is a bit harsh. I would prefer this to be reduced to something more reasonable.

On the end this is Xojo Inc.'s forum and they do the house keeping as well as the door man.

I feel that way about this time, is based on how I’ve experienced Mr. G. over the years and because I was able to get some context from at least one of both sides.

In addition, I am of the opinion that long-term customers and such helpful members should not be banned so easily / quickly.

From the outside, this behavior looks as if this forum was really only intended for compliments to the product and less for mutual support. To be honest, this scares me.

Hall just made a comment about how banning users drive people away and he was banned for that.

There is a growing list of people who use to be evangalizing Xojo that are now even banned, that looks bad for the future of the tool. There are better ways to deal with criticism than just shut up people. 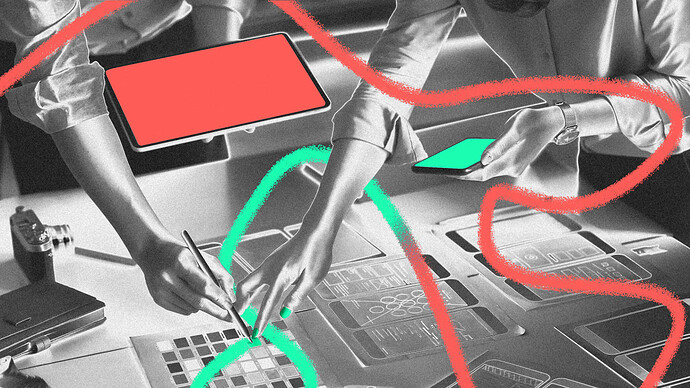 How to deal with criticism when people hate your designs

I don’t think you would be banned for expressing my feelings in a civilized tone.

It is also quite possible that all previous bans have been made for very good reasons. Nor do we need to be told by Xojo why someone was banned.

But as I said, from the outside it seems as if Xojo is too careless with this tool. And that would not only be a shame but also not helpful for a healthy further development of Xojo.

I like to work with Xojo and would just like to ask that we are not banned just because we have written something offtopic or ambiguous here or there.

Nobody is perfect. Nobody.

It takes a lot more than being vocal to get banned. I know

Are we sure he got banned. Could it be possible he simply did not post for a while ?

Except that’s not what happened. Hal was warned, several times and ignored the warnings. His ban wasn’t just justified, he worked hard to earn it.

Any other version, including calling any of his posts in the last year, at least, “useful” or “helpful” is gaslighting.

I can tell you that nobody is banned for expressing opinions, even negative ones, nor is it ever done lightly. Suggesting otherwise is, frankly, offensive.

This forum is for helping Xojo users use Xojo. The above moderator response says all that needs to be said about this topic. If you have personal feedback about a user you can email hello@xojo.com or DM a moderator.