It looks like Microsoft is going to buy Xamarin. If true, then M’soft will do to it what they did to Skype. Slowly turn it into something completely useless.

Now I’m glad again to have chosen Xojo over Xamarin…

Hmm… I’m currently evaluating Xamarin as one solution for creating iOS/Android apps from the same source base. I’ve written a bunch of iOS stuff in XCode, but don’t want to have to maintain 2 source trees in order to move to Android.

I know RS / Xojo has a lot of things to move, say, IOS Support, Enhancements for MAC COCOA, compile in 64 bits, etc …

But honestly I will ALWAYS bet my chips on the Xojo personal for me because I started to program the little there is nothing similar and easier to learn than that whenever I needed they helped me.

Yes, Xojo is good at what it does… but it does not yet cross-compile for iOS and Android, and their progress towards those goals is … well… not going to meet my timetables.

For Cross-platform mobile development I make good experiences with Titanium. Good luck for take this and not Xamerin. But that is a shame then MS realy make this to something completely useless. Perhaps this is a alternative in some customer projects.

Is it possible, that MS makes this to the only solution for build native apps for iOS, Android, Windows Phone and Win 8?

Or we must wait for Titaniums solution with Windows Phone, too?

I understand your urgency, in my case also would like some improvements soon but BELIEVE in Xojo team. 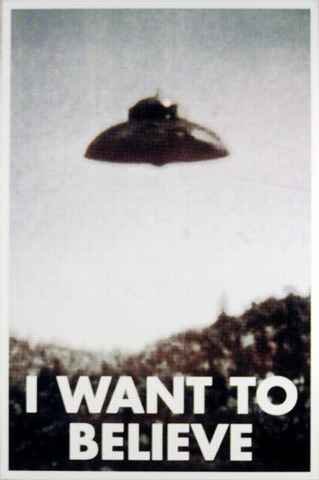 Is it possible, that MS makes this to the only solution for build native apps for iOS, Android, Windows Phone and Win 8?

Not the only one for sure … I use LiveCode (RunRev) in addition to Xojo … LiveCode builds cross-platform apps in iOS, Android, Windows Phone, and Win8. Frankly, my main reason for hoping Xojo gets there sometime soon is to stop having to code and maintain two languages. The idea of consolidating my efforts seems like a far more productive answer than the way I currently end up deciding on a project-by-project basis whether I want to use Xojo or LiveCode for that specific project. And although LiveCode has a strong base of support, I find this forum and the folks in it to be superior in that regard … funny thing when the product becomes the secondary selling feature and the user community becomes the primary! But I do view the Xojo Community as a “competitive advantage”.

Me too, Kimball … even more so as you can see!

Livecode works for WindowsPhone, too? I found on roadmap. Do you have Apps ready in store with LiveCode? Interesting for me…?

Livecode works for WindowsPhone, too?

Do you have Apps ready in store with LiveCode? Interesting for me…?

Yes, but they are proprietary and accessible only to the specific customers I developed them for

And last, but not least, before you get too excited about any possibilities, let me mention one little caveat. The main feature touted by RunRev is that LiveCode is a much “simpler” programming language. That turns out to be a blessing and a curse. It’s a blessing for people who have done very little coding in their lives because the programming command structure is very “everyday English language” in nature, for example … Put “Hello Walter” into var1 … stores the string “Hello Walter” in the variable var1. The syntax is almost “conversational” in nature since commands are structured almost like you would say them out loud if you were just talking to someone else.

But I found that very thing to be what made it very difficult for me. My background is extensively in VB, C# and Flash Action Script. Xojo resembles VB enough (with touches of Action Script OOP as well) that it was relatively easy for me to get underway with it. But since the syntactic structure of LiveCode didn’t really resemble much of anything that I had experience with, it turned out to be a lengthy learning curve because essentially, it was mostly new to me to structure commands like that. It makes you think in a very different way than you’re used to thinking. Switching back and forth from LiveCode to Xojo reminds me of what happens when I go to Sweden and start talking Swedish with my friends … I’ve literally got to try to “forget” English in order to properly think in Swedish. Not always very easy and not always very efficient. So, bottom line … just because something’s “easy” doesn’t necessarily mean it will be “easy” to you.

I don’t want to sound like a Xojo fanboy (I do use other development tools sometimes) but LiveCode is pretty horrible in my opinion. Terrible IDE, crappy language and non-native controls. The last one is an instant fail. They seem to put a lot more effort into their website and marketing than their product. In any case, last time I checked, LiveCode didn’t actually compile for Windows Phone and I can’t find any evidence that this has changed.

Let me explain, I started doing some AppleScripts to automate everyday tasks and then I was introduced by a friend to VB, but I work almost exclusively with MAC since 1993 I had to find something to MAC, then came the RealStudio in my life and everything became more easy and attractive, so I can say that abandoning XOJO to me is not an option because I would have to relearn everything and honestly do not think I’ll find anything better for my purpose.

That’s exactly what I was attempting to convey … just a bit more sugar-coated. Wouldn’t get any argument out of me about the IDE (all the “pieces” of it floating around the screen) and the controls either. Just happens to be one customer’s preference based on some past experience.

Only time I tried to compile to Windows Phone was using the onboard simulator. Never had the need to deploy to that platform. The stuff I mainly did was using LiveCode as a “simple” replacement for iOS and a small amount of Android in mobile platform apps.

I’m with you, Gavin … would love nothing more than to consolidate to a single choice … and after experiencing both, that choice would be Xojo.

Right you are, Norman … but never went there before. Sure is a loyal camp of folks out there though who still feel to this day that the hypercard concept was the greatest thing that ever happened in programming development. Almost seems “cult-like” to read the forums.

Hmm, I am a JavaScript, .Net, Xojo and Database Developer. With a litte bit AppleScript. This natural speaking is not easy for me.

My question was which platform can compile for iOS, Android, Windows Phone and Win 8. For LiveCode I found actually a roadmap. They plan this. The only platform that can to this is actually PhoneGap and other hybrid solutions. But here is the “problem” the user experience of a web App. In some projects sure possible. In other Apps no way. Titanium on roadmap, too . But I think Windows Phone is a problem. A problem for Microsoft himself ;-). Microsoft speaks from Cross-Platform development then you develop Apps for windows 8 and windows phone with Visual Studio, because this different BS. You need a portable Lib with a little bit cross-platform .Net. Only from Windows 8 to Windows 8.1 Microsoft change many things for App development and developer must work again. Appstore make strange thinks. Automatic User tracking in Apps that developer can not stop and not work stable. Sometimes you see that a user starts your app an sometimes not. Microsoft is on a way. I don’t know on a good way!? Perhaps with Xamarin?

The important thing for a decision of a platform is for me, works this really? I hear thinks from a Delphi Developer that the Apps big and starts slow on device. Features from iPhone SDK not useable. Here I see problems. I don’t know about Kaman in deep. But then I start a App for simulator, I see .exe, .dll. .mdb and so one. Here is a runtime on device. I don’t know how fast this is. How works LiveCode?

Titanium works with embedded JavaScript in a XCode Project. You can use Xcode and all other Apple Tools, too. That is fast on the device. Bottlenecks often only IO (use database, Filesystem etc.). That is a normal thing. With modules in Objective-C or Java you can expand the features for the IDE that is Eclipse. I am really happy to found that and use it.

And the way to Xojo is not far. Then you can both sides, that is easy to port a structured JavaScript to Xojo. Ok, you must test this on your Mac.

That is Expenditure. I test here some things. ;-).

And Xojo is great. Actually I test and learn with Web Edition. Many Questions. But I used on a Linux server with MySQL and can host that. Cost’s many hours with my provider but it works. I don’t know how fast with 1.000 user etc.! Perhaps I see that ;-). “Only” need users. But before this, I must develop many things. And then Users welcome. That will I say? I develop for a customer a ASP.Net Solution. The Solution was available. I am the new developer. ASP.Net works fine. But it is a horror for develop. Slow and many fun on develop is lost. Many fun!!! A hard work ;-). Xojo will work easy and make fun :-). Performance? I will see …

But a little problem for Titanium and Xojo in german is to found projects. On freelance I found “only” one titanium project in german. Only one inquiry for Realbasic. You must explain both customers directly. But that is not easy possible for freelancing Markets.

And some germans developer tells very fast, hmm with Titanium is it not possible to implement big App project. It is very funny that I worked in a project with 3 developers for a big App. But you read that is not possible :-(. I ask me why some company’s works with Titanium and produce many Apps for stores? How is this possible for a big mistake for use this for development?

What is here with Xojo? I think many thing similarly in germany.