"write text" on the desktop/wallpaper

Is there any way to “write text” on the desktop/wallpaper? A kind of drawing dynamic information on it …
If not, then I could use a window and write text into that, but how to make that window always attached to the desktop (like the backmost [opposite to the frontmost] window) ?
Any idea?
Thanks !
Luciano 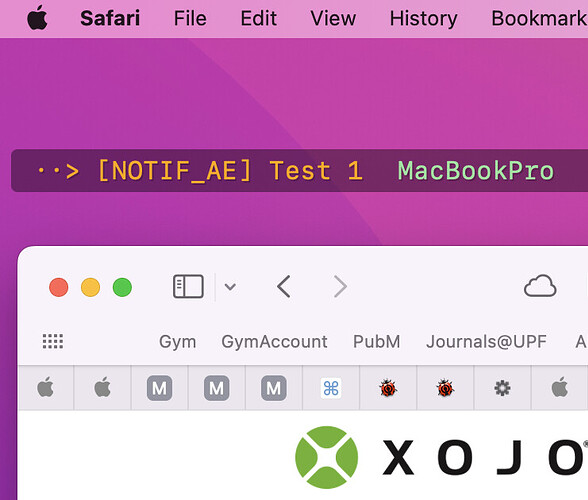 Place an OverlayMBS at the right level.

This will always draw a window at the desktop level if you want to go that route.

Thanks a lot to both.
Unfortunately I do not have the Monkeybread Extensions.
Any alternative ?

Not built-in, but you can do all of this with declares and plist entries. 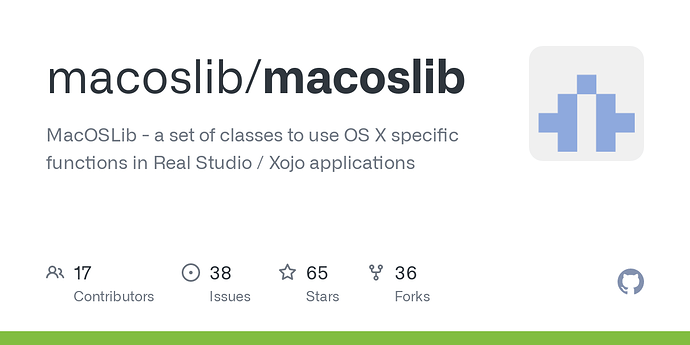 Thanks !
But when I try to open the “macoslib.xojo_project” everything crashes. I am not sure it is due to the versions of Xojo I am using (Xojo 2022 Release 2) or the system (12.6).

When you say everything crashes do you mean the IDE. Or are you talking about the example application crashing when run.

macOSlib it’s self is a module which can be added to your own applications and used without this issue. Obviously the example project is pretty vital in demonstrating how to used it.

I think the file you have to delete to get the project to run is:

I did as suggested and still when I “run” the project it crashes, but the IDE survive.
I then went step-by-step and found that when during the initialisations it calls:

At the last step (= TestCertTools) it crashes.
and within the “TestCertTools”, it crashes when arrives to
“dim p7 as Ptr = d2i_PKCS7_fp (fp, nil)”

If I inactivate the " TestCertTools", then everything else is OK, meaning I can “run” the “macoslib.xojo_project”