WinUI can be used with Win32 apps

This is going to be the new native windows UI going forward in Windows 10, I hope this on the radar at Xojo for implementation in the near future?

That would be nice, but I’m not holding my breath.

Once those drop off then maybe ?

Personally, I feel this is potentially a much more attainable goal than building for <https://xojo.com/issue/28733>

With all these moving targets, it’s no wonder that developer tool-chain vendors like Xojo get side-tracked when the OS providers keep changing the rules.

But here’s to hoping for the best!

Personally, I feel this is potentially a much more attainable goal than building for https://xojo.com/issue/28733

Don’t forget that this feedback request was created in 2013. We all know that WUI/UWP are much more relevant to modern Windows.

Don’t forget that this feedback request was created in 2013. We all know that WUI/UWP are much more relevant to modern Windows.

As someone who works on that platform at my day job, I feel this request from 2013 has not aged well. I also see that conundrum as more Microsoft’s fault than Xojo’s.

I suspect even Microsoft knows they’ve messed their opportunity to straighten their UI path, thus we now have WinUI on the horizon.

This is why so many tool chains are going web-based. While I like that Xojo produces native apps, it has become a monumental task. We no longer have three nearly identical platforms. The three desktop platforms diverge more every year, and share very little in common with web and mobile. Xojo doesn’t have the manpower to keep up with these changes. Look at how long Carbon to Cocoa took. There’s no reason to doubt WinUI 3 wouldn’t take just as long, and that there wouldn’t be a v4 just around the corner.

This is why I hold the controversial opinion that Xojo should go the Electron route and start making web-based apps that can truly run anywhere. Electron doesn’t do mobile. React and React Native are only quasi cousins. There’s a market for a truly “run anywhere” platform. It could be Xojo… but it won’t be.

Granted that MS being wishy washy about Win32, WPF, WinForms over the years and not saying “this is THE one true way” and only moving forward with that one didnt help

Nor did having one way for Win32 and another for .Net

True, forgot I was straying into dangerous territory here.

True - if you go there some hearts may flutter …

Don’t get my topic shutdown

WinUI is coming to xbox, so you know MS are serious about its future

Don’t get my topic shutdown

Yes, we should stay on topic BEFORE someone takes offense …

Noooo my gif got nerfed 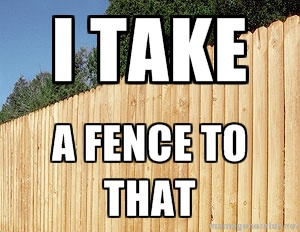 On a serious note, yes WinUI is looking good for the future direction of windows.

On a serious note, yes WinUI is looking good for the future direction of windows.

Very much so - much more so than WPF & WinForms
Esp since this should apply to .Net AND Win32 apps
That is a huge bonus

Very much so - much more so than WPF & WinForms

There is not a single advantage in supporting WinUI (that is just another name for XAML, which repeatedly failed to deliver the promises).
Enterprise and professional desktop applications still rely on WinForms or WPF, even those developed today. And no, they can’t be webapps. 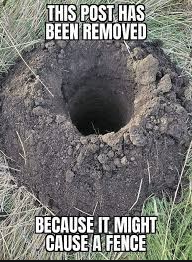