Note though that anything like that would only ever work on new Windows versions.

Last year, the Ubuntu developer community considered the question of whether
to continue carrying forward the i386 architecture in the Ubuntu archive for
future releases. The discussion at the time was inconclusive, but in
light of the strong possibility that we might not include i386 as a release
architecture in 20.04 LTS, we took the proactive step to disable upgrades
from 18.04 to 18.10 for i386 systems, to avoid accidentally stranding
users on an interim release with 9 months of support instead of letting them
continue to run Ubuntu 18.04 LTS with its 5 years of standard support.

In February of this year, I also posted to communicate the timeline in which
we would take a final decision about i386 support in 20.04 LTS, namely,
that we would decide in the middle of 2019.

The middle of 2019 has now arrived. The Ubuntu engineering team has
reviewed the facts before us and concluded that we should not continue to
carry i386 forward as an architecture. Consequently, i386 will not be
included as an architecture for the 19.10 release, and we will shortly begin
the process of disabling it for the eoan series across Ubuntu
infrastructure.

His short video was entirely content-free.

Yep, you don’t pay to see it. It’s sponsored by Twitter (warning: it’s a joke). 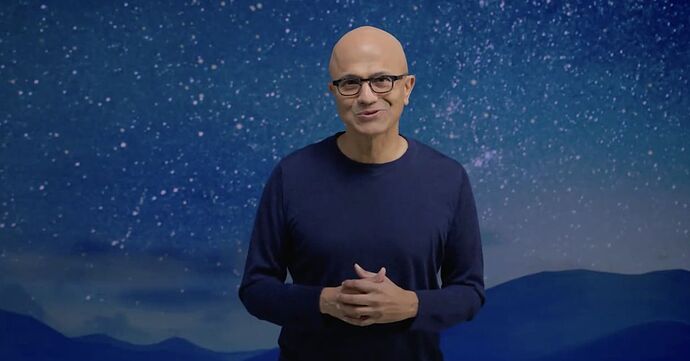 He didn’t name Apple, but it was definitely about Apple.

Interesting. As far as I know (and I tried a lot) this is not possible with any declares or plugins available. Can you share some code to achieve translucency on Windows?

You forgot an important article: “this not possible YET”.

For the record, Vista, a long time ago, made use of translucency. So the mechanics are already present in all versions of Windows since.

Remember, when vibrancy came to macOS ? There were no more declares, until Sam Rowlands brilliantly provided ways to do it.

I don’t plan in the near future to use translucency in my apps, but one can find lots of pointers on Stack Overflow : https://stackoverflow.com/search?q=windows+translucent+window

64 bit hardware only is what their spec says basically.

You mean an Intel chip without the 32-bit instructions? Or something else?

If you, or your clients, by any chance, have some kind of 32 bit processor, you are out.

And yes, besides that, the OS will still run 32 bit code on the WOW64 layer as always.

MS produced until today 2 versions of their OS for Intel processors, 32 and 64bit. The 64 bit version can’t be installed on old, non x64 compliant hardware, for those, they had another version. Now, seems that MS will end that version. It will be just for 64 bit processors. Instruction set (AMD64 instead of i386) with 64 bit bus addressing and registers. The 32 bit apps runs on WOW (emulation).

Windows 11 will not have a 32 bit-only version. Therefore you must have an X64 capable chip.

edit: @Rick_A Rick beat me to the line.

Among the interesting new features, Windows 11 can run Android apps from the Amazon App Store. it seems windows 11 is a free upgrade for windows 10 users, that is good

There are hardware limitations. The graphics adapter must support DirectX 12, the security chip must be TPM 1.2 at minimum. Most laptops from before 2018 will not meet the minimum standards. Older desktop computers will also be left behind.

Microsoft seems to have just abandoned the “backwards compatibility as a rule” approach. Let’s wait and see what the RTM requirements are at release…

the security chip must be TPM 1.2 at minimum

Gulp, I will not be able to run Windows 11

The graphics adapter must support DirectX 12

That is a tecnology from 2015, so, any video card with more than 5 years is not so common. Anyway, on most PCs you can replace the VideoCard for a recent one very cheap.

the security chip must be TPM 1.2 at minimum

The requierement is 2.0, and almost all mayor PC/laptop sellers already stated that they will have a BIOS update to have TPM 2.0 on older devices.

That is a huge difference with the apple way, just thow up and buy new.

Yes. TPM 2.0. Yet another senior moment…

DirectX 12 is not going to be an issue for most desktops. You are correct that one can simply change the graphics card. Not so obvious for laptops.

It remains to be seen if BIOS updates will be available for older computers. Hopefully yes.

That is a huge difference with the apple way, just thow up and buy new.

This is an Apple vs Orange comparison.

it’s unlikely anyone will put a lot of money in a 5+ year old computer to upgrade it.

Buying a brand new graphic adapter may be limited by slow bandwidth on motherboard to the outdated CPU.

Win 10 will stick around until 2025, until there people will upgrade very old hardware.

BIOS update needed? Great news, sounds like a cash machine for helping many of my customers ;-).