What to do with my old PC Laptop

I pulled my old HP laptop computer out of storage today. It hasn’t been booted up for about 3 or 4 years now. I think I bought it back around 2010. It’s an HP-Compaq nc8430. Specs here: 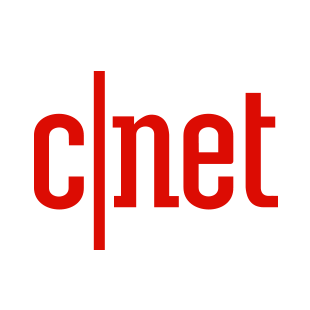 It was a fairly high end unit at the time, but of course that was 10 years ago. By today’s standards, it’s not great, but it’s not awful either. Biggest problem at the moment is that it’s running WinXP, and I don’t know how to upgrade.

FYI, I’m a Mac person. The only reason why I have this laptop, is because I needed to run some work related Windows-only software at the time. I have virtually no understanding of how Windows is supposed to work. All I know is that when it blows up, you call the guy in the IT department, and he eventually gets it fixed for you. However, I no longer have an IT department available.

Just now, I’ve been trying to connect it to the Internet, with the hopes of upgrading some existing apps. I couldn’t get it to work with a wireless connection. So I used a hardwired Ethernet connection to my router, and managed to connect to the Internet. I was able to load a non-secure website in Firefox. But, it won’t connect to any secure sites, probably because the software is too old to know what a security certificate is. No luck with Internet Explorer either. Since the Mozilla-Firefox site requires a secure connection, it’s a catch-22. There’s no way to download a newer version of Firefox without having a secure connection, but I need the newer version of Firefox, in order to get the secure connection.

I have no idea where to go from here.

BTW, the reason why I’m trying to do this is that my Mac has to go into the shop for a few days, and I won’t have any computer to use unless I get the old laptop working.

try to install linux ubuntu/debian or something else. maybe from linux pc newspaper cd.
by any chance upgrade the ram to 2 gb.

ms office 365 you can reach via www.office.com

If you can get a newer version of Chrome or Firefox loaded you should have better luck with secure websites. The problem is the security methods within https have changed over the years and the Windows XP version of Internet Explorer doesn’t have the newer ones (a bit of an oversimplification.)

Technically your old computer can run Windows 10, however with only 1 GB of RAM it will be a truly miserable experience. I’d recommend Linux Mint Xfce - even this recommends 2 GB RAM however it should be OK with 1. An older version might do better with limited memory.

As you are a Mac Person, you can follow the below instructions:

Ubuntu is an open source software operating system that runs from the desktop, to the cloud, to all your internet connected things.

I would give the old PC Laptop for recycling. Of course you could give it a serious try to install a Linux distribution on it, but why ? If you need one for testing and learning, better setup a VM on your current machine…And if you need one for 24/7 production, it’s anyway not a good idea to depend on old fashion hardware.

The OP wrote that he has to bring his Mac to the shop for some repair, so he wants a spare device. However, it pretty much depends on what he wants to do with it. For sole browsing and some emergency emails for office documents a small Linux distro out of the box from a USB stick could be sufficient. For running Xojo on it, the lack of RAM will be a big issue.

You should assume that your Windows laptop is infected by now. In my experience (and that tallies with reports I read) it takes under 2 minutes to infect an unprotected Windows PC when connecting it to the internet.

I re-purposed old laptops and desktops with Linux. (mostly Linux Mint 20. The older ones, with XFCE and the newer ones with Cinnamon.). I downloaded Boinc and now use their computing power (whatever it is) to contribute to scientific projects. I have a row of 7 very old computers now chugging along Rosetta packages. (This project calculates protein configurations for various research projects). These computers with a sata interface are refurbished with a cheap SSD when the original hard disk fails. (three of them failed in the last year. I bought a few 120 GB Kingston SSD’s on promotion as a replacement.)

Thanks everyone for all the suggestions.
I suspected that Windows 10 might be a bit too much for this hardware. I’m sorry that I didn’t upgrade it to Windows 7 when I had the chance. I hate to trash this thing, because it hardly ever saw any use, and the build quality is far better than the last two MacBook Pros that I’ve had.

I don’t expect to be without my Mac for more than a day or two (it’s the mid-2015 MacBook battery recall), and I can live without a computer for that long. I still have my iPhone for emergency emails etc.

I think I’ll go with the suggestion of installing Linux. I hope I won’t be starting a heated debate by asking the pros and cons of Ubuntu vs. Mint.

I think I’ll go with the suggestion of installing Linux.

I followed the instructions on the Ubuntu page, and it appears that I’ve managed to make a bootable USB stick. The PC is booting now. It seems to be a very slow process, but USB sticks are not noted for speed. Hopefully I’ll figure out how to get it installed on the PC’s hard drive.

As you wrote that you will need it for only a few days, it might be sufficient to just run it from USB. Issue will be your older USB port in regards of speed. Even the newest and greatest stick won’t bring you much speed with an old USB2 port :-(.

I hope I won’t be starting a heated debate by asking the pros and cons of Ubuntu vs. Mint.

I don’t think so, as Mint is based anyways on Ubuntu ;-), plus the Linux community normally behaves “civilized” ;-). It ultimately depends on your own taste and what you want to use your Linux for. There are pros and cons for every distro. I’ve send you the Ubuntu link as it it easy to begin getting an USB stick up and running via macOS if you have never done this before.

Suggestion: as you are now a bit more experienced and as you only have little RAM I would google for “very small linux distributions”, One is for instance: http://www.porteus.org/ . The benefit of such a distro is that they are limited to a minimum (but still usable) Linux and optimized for running from external devices. Their are again tons of such distros out there and it is matter of own taste which one fits you best.

Once you have booted from a ‘Live’ USB stick, you should find an ‘install Linux’ icon on the desktop, which kicks off a full install/download.
If you want.

Thanks for the info. I’ve now installed ubuntu on the hard drive. It was far too slow booting from the USB stick. I’ve run into one problem though. When it boots from the internal drive, the video goes wonky on the login screen. It must be setting the video mode to something invalid, and I’m just getting a bunch of diagonal lines. It took me a while to figure out that it was the login page, but when I realized this, I just typed in my password and hit enter. The screen then fixed itself and the desktop was displayed correctly. I’ll have to figure out how to fix the login page.

Perhaps it is already fixed right now. This is most likely an issue with the correct driver for your graphic card. As your notebook is quite old, it can be though, that it doesn’t take the right driver. So you would need to google for your Ubuntu release and the graphic card brand and version.

But others are most likely more skilled to help you on this. I’m a linux command line guy ;-).

I’ve helped out a friend of mine with an old Macbook Pro 13" Mid 2009. (blog in German) It’s rock solid still useable today for surfing the web and Libreoffice. I’ve replaced the aged battery with a new one and now it’s my spare book running like on day 1, of course with a modern and secure Debian Linux and GNOME Desktop Enviroment.

Why an USB Stick and not install and boot on an external USB Drive ?

Of course, if you have one and if this is possible.

It doesn’t really matter. These days many USB sticks are faster than USB drives (unless they are SSDs too), but it is still often more likely that people have an USB stick available than a spare external USB drive ;-). But I’m afraid that in the case of the OP it is still a USB2, so we can’t talk about “performance” anyways.