I have a WebListBox on a WebContainer on multiple WebPages. On the secondary WebPages, the WebListBox appears as normal, but on the main WebPage the WebListBox displays the Show Entries field to the Top Left and Previous and Next to the bottom right.

My issue is that they cover over other items I want to display on the WebPage. I populate all the WebListBoxes in the exact same way. What determines whether they appear or not, and can I turn them off? 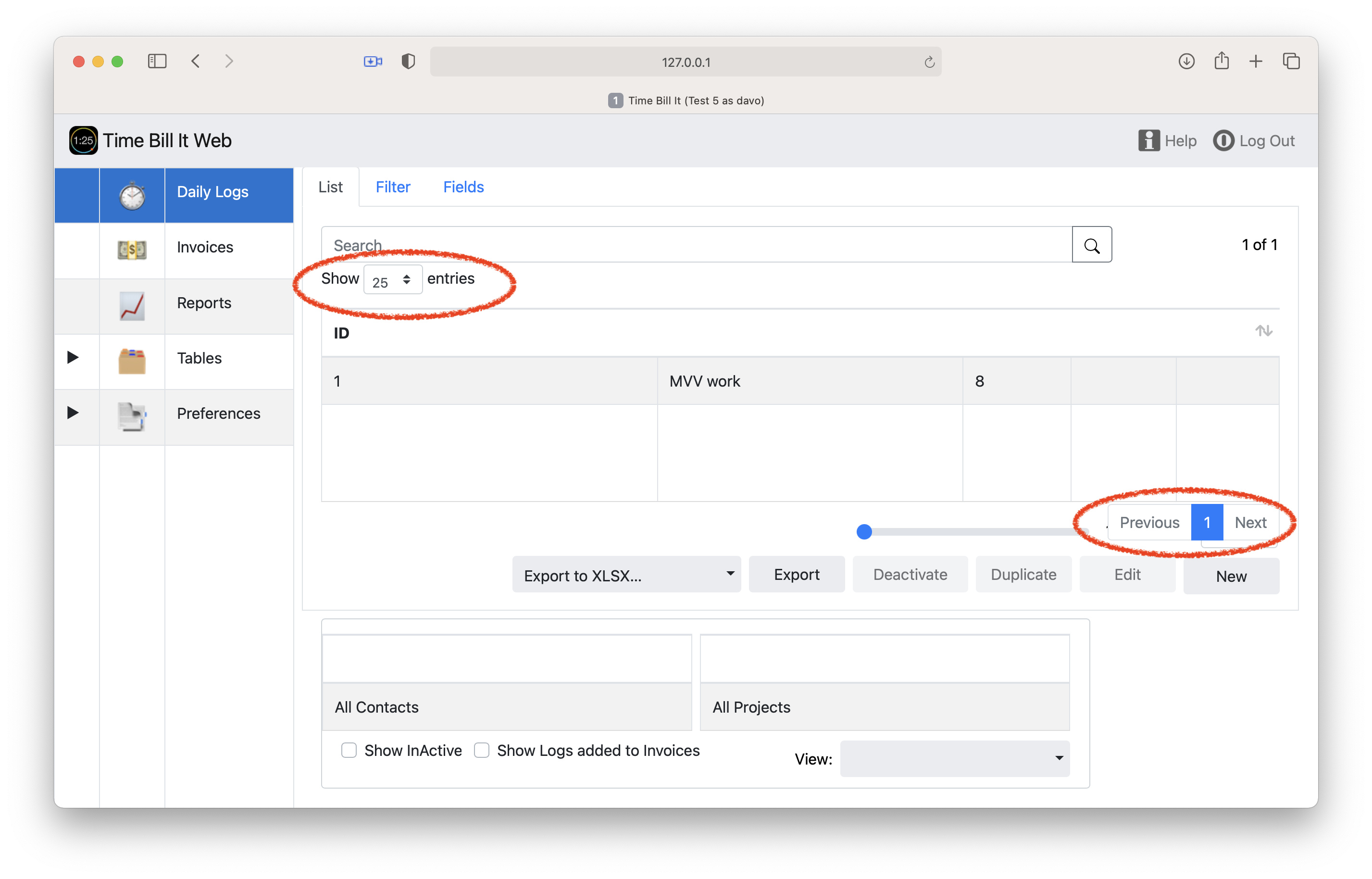 After much frustration with the new WebListbox I created this feedback request:

I’ll take Greg’s renaming of the feedback case as a general sign of openness to the idea at least.

Thanks Brock.
I am in alpha stage, so the most Rows I have added is about five, so why is it offering to page them in?

so why is it offering to page them in?

I think just an oversight to the control. While the Auto-loader seemed like a good idea and cool feature. I’ve found it annoying and buggy thus far and wish I could turn it off. I get why it might make sense for long lists but I prefer letting the pagination do the work and not seeing that ugly diagonal loading section, especially when scrolling back up to elements already loaded >_<. It’s pretty awful and I miss the old WebListBox’s functionality. I think the new one is trying to do too much and as a developer I don’t like losing the control I had before - hoping to get the header pressed event back. I think Xojo’s intent was trying to make it easier for us to use (sorting and loading) but these features actually are poorly baked in their current state and just take away control from the developers that need it.

The issue you raise, as well as an issue with column widths were also raised here: https://forum.xojo.com/t/weblistbox-columnwidths/56829/12

I believe the OP raised a feedback case at the time. When I have some time later today, I am going to check if these issues were addressed R1.1.

When I have some time later today, I am going to check if these issues were addressed R1.1.

I have checked the release notes and downloaded 2020 R1.1 and cannot see any change to either the behaviour of the WebListBox pagination controls or column widths issues.