The Journey to a new development machine

Back in 2013 I bought a custom 27" iMac which has served me really well. In fact it is still a beautiful machine that’s as fast and as responsive as ever. The only issue is that it is now on the list of machines that can’t be upgraded to the latest OS. If it was I’d still be using it, it’s still that good.

It was a hard choice replacing it because I’d like a machine that will be as capable as my trusty iMac, but I’d also like a 5K Retina display and performance that might see me out for the foreseeable future. Shame there is no Pro level iMac at the moment.

I tried a M1 Mac mini for a time but was underwhelmed with video performance, I found the interface to be sluggish at best. Talking with some friends at Apple they explained that the M1 chip in a Mac mini is not really capable of true 4 or 5k, and I verified that today at the Apple store.

Another consideration was memory bandwidth, I work on an awful lot of graphics, game engines and assembler, all written in Xojo, and I wanted the fastest possible performance.

The standard M1 has about 66MBS of memory bandwidth, the M2 about 200, the M1 Max 400MBS and the M1 Ultra over 800MBS, the rumoured M2 Pro looks like it’ll be in the 200-300 range, so the M1 MAX and ULTRA still seem like the winners. They also have far more CPU and GPU cores. Apparently the M1 GPU equates to over 24,576 threads simultaneously on the 8 GPU cores, so the numbers on the MAX and ULTRA are eye-watering.

The next issue was the monitor. I could not find a third party 27 inch flat 5K display that would display a default resolution of 2560 x 1440 in retina mode without using scaling, with is a real performance hit. Only the Apple studio display was capable of this, and certainly don’t try to find a monitor with decent speakers as well as a camera and Mic. Even the high end Dell Ultra sharp fell short, by having to use a scaled resolution. The multiple speakers in the Studio Display are stunning. The Studio display also has its own A13 SOC to handle the webcam and 64gb of storage.

So after all this searching I’ve upgraded to an Apple Mac Studio with an M1 MAX and 32GB of ram and an Apple Studio Nano-Glass display with the Tilt only stand.

My initial impressions are WOW!, Built apps build in seconds not minutes and debug builds start almost instantly and perform way beyond what I expected. Built apps with aggressive builds are another level again.

I do understand that developing on the fastest machine is not the best practise. I was always taught that if you can get your code working well on a slow machine it’ll only be better on something quicker.

I do miss my 27" iMac though, I liked the thicker black border around the screen. It made it look bigger.

Now the new question is when do I renew my Xojo license? Now or when the next version hits. 2022R2 suits me fine for the moment.

I do hope that some of the things I found on my little journey can be of help to others.

I do understand that developing on the fastest machine is not the best practise. I was always taught that if you can get your code working well on a slow machine it’ll only be better on something quicker.

Split that in two parts:
a. develop on the fastest machine, so you will develop faster,
b. Debug on an entry level machnine (the mr everyone machine), so you know mass people troubles (application weight, entry level features) / speed.

When will I renew my Xojo IDE version ?

Once again, do it wisely: renew when you need to do it. Unless a spectacular new version appeared or your current one do not runs on the next version of the OS…
In short: renew when needed.

At last: thank you for sharing your experience.

2022r3 or later is soon likely to become required for macOS Ventura. 2022r2 has some issues.

Yes I looked at that one and the higher spec Dell Ultra Sharp, but they are only UHD monitors so they can’t do the 2560x1440 resolution without scaling and their pixel density is not high enough to do true Retina display.

I haven’t had any issue with 2022r2 but I haven’t tried Ventura.

I haven’t had any issue with 2022r2 but I haven’t tried Ventura.

Neither have I but others have and there are problems with 2022r2 and still some with 2022r3.

In OSX, when using a resolution that is not the panel resolution it needs to use scaling, which is a big performance hit on the GPU. I like the 2560x1440 resolution, on a 5K monitor running at 5120x2880 this is exactly half so on a Retina display you just get a higher pixel density without needing scaling.

Something to consider if you want to upgrade to Apple Silicon… VMWare and Parallels don’t let you run Intel virtual machines on ARM, so you’ll need to use UTM or do what I did and also get an Intel Mac Mini to run the VMs.

Also not a Retina panel which I felt was a requirement… I did find a similar Phillips monitor in Australia, it’s called the Phillips docking monitor. 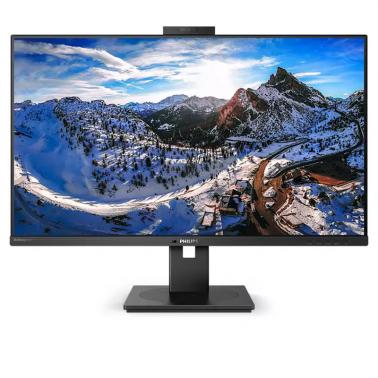 I was thinking of keeping my iMac or late 2012 Retina Mac Book pro for that purpose. I’ll probably offload the iMac but keep the MacBook Pro…

For what it’s worth. I have a 27" Late 2012 iMac running Monterey and it has been stable. I have not seen any crashes.
I have been using this configuration for 6 months. The original 1T Apple Fusion drive started developing read/write errors. I ended up replacing the drive with an OWC 1T SSD kit, reinstalled Monterey 12.6 (I was running 12.4 when the fusion drive cratered. (I’m not one to jump on the latest updates from Apple).

Search for running unsupported Macs running Monterey on google and follow the instructions.

The experts say, you should NOT use beta/non supported software on production machines. Well, I have laptops that run Monterey supported by Apple and I make sure I have a backup solution in place to protect against data loss. I don’t lose any sleep using my functional 27" iMac.

I fine performance just fine, especially now that I have an SSD installed. I can not compare the 27" with any other Mac OS as this computer was given to me as it was obsolete thanks to Apple’s updates and the person went with new.

This 27" iMac has 32 gigs ram and was running Autocad under bootcamp.
I nuked the drive and started fresh.

Thanks to the talented team of programmers at openCore Patcher for doing such a good job.
What have you got to lose?

I guess you can always run Windows 10 (No MacOS to be seen anywhere) I have Windows 10 running on a iMac 20" 2008. The builtin camera has no drivers. That is the only think that doesn’t work.
Go figure that switching to Windows 10 on an obsolete computer (in Apple eyes) allows me to keep the hardware going.

The experts say, you should NOT use beta/non supported software on production machines.

You surely don’t want some critical error to mess your painfully completed software. That is why I usually upgrade when macOS prompts me. That way I run the very same version as users do. If anything bad surfaces, I can fix it right away.