If I start my app in LightMode the app can switch to DarkMode and back fine. If I start the app in DarkMode then the app doesn’t switch to LightMode. 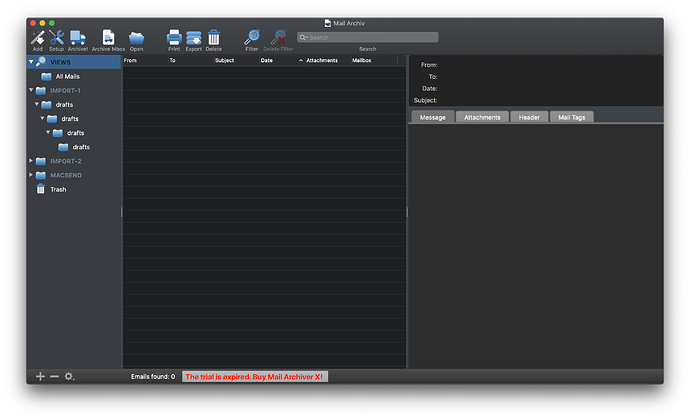 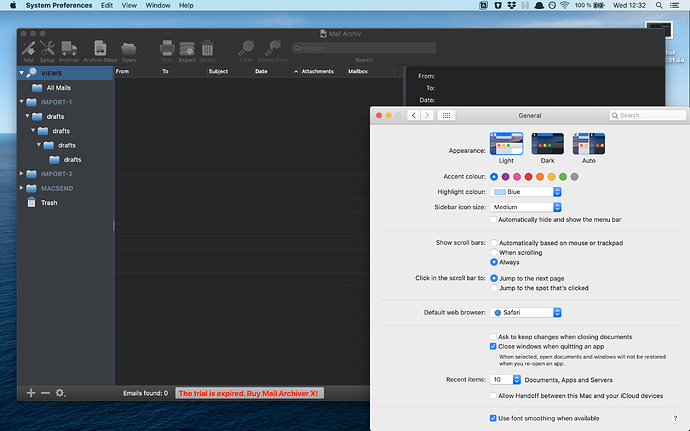 I’m at a loss what I can do to fix the problem. So far I have:

Problem shows up for 10.14 and 10.15. I had a user test and he sees the same problem. Only the main app is affected and not the helper apps.

Does anyone have an idea what I could change/check/do?

That is super weird.

Do you get the same behavior with a blank project?

The events AppearnceChanged do fire

The AppearanceChanged event fires. I have a notification that does to open windows which then gets colours. Like this:

@Norman Palardy: if that were the case then I should have problems when starting in LightMode, too. Also the whole app doesn’t switch as you can see in the black toolbar.

But testing is always good. I added an App.SleepCurrentThread(100) to the AppearanceChanged event. And there is no change in behaviour.

The colours aren’t the problem. If they were then I would end up in a sort of Frankenstein mode. If you look at the toolbar then you can see that the complete app is in DarkMode. If I open new windows they are also in DarkMode.

New windows open in DarkMode even after switching to LightMode for my application!

what version of Xojo ?
does this behaviour change if you move back to an older version ?
reboot does it persist ?

Did you get a resolution? 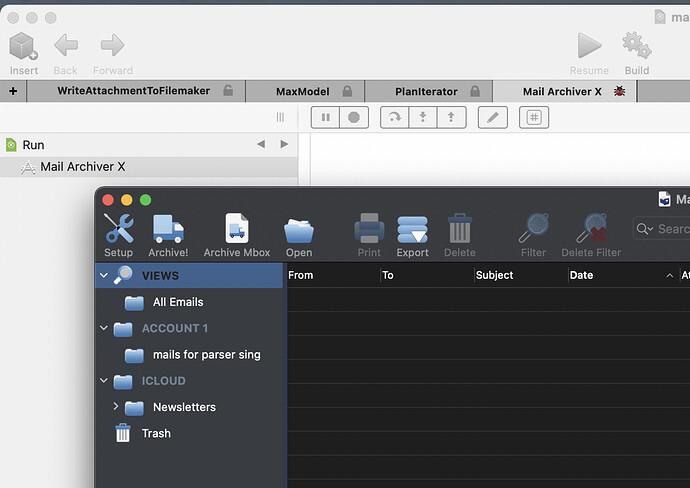 Can you manually set it to DarkMode / LightMode? E.g.

You might be able to test for the color shown and try to set the mode manually accordingly.

Oh, and I presume you checked with Arbed for project corruption …?

Yes, I already imported everything into a new project. The effect was the same.

Big thanks for the code. This works fine.

Marcus, I’m not sure I understand the implications here…

Does this mean I can switch a darkmode-capable app into dark mode even when the macOS is not in dark mode? (or vice versa)