It is showing as loaded in R2.1 under About>Loaded Plugins. I’ll have to reinstall R3 again to verify it shows as loaded there but whatever caused the issue in R3 has affected 2.1 which was working correctly before the R3 install.

OK after removing All plugins except the 4 standard DB plugins it is now working on 2.1. I can only presume there is a plugin conflict with one of the Einhugur or MBS plugins I am using. I downloaded and upgraded to the latest versions of both when I downloaded and installed R3.

I’ll update once I figure out what the culprit is and then try R3 again.

Good to know Tom. I hope you can find the conflicting plugin soon.

And you do not had these troubles with the beta versions ?

For me I found the issue on my end it seems I had and out of date “MBS Xojo Win Plugin.xojo_plugin” that would some how stop the MySQL plug-in from loading once updated issue was resolved.

Are we possibly running into the max DLL problem?

I don’t think so. I believe I’ve tracked the issue down as an issue with the latest Einhugur e-crypt engine but I have some more testing to do. An older version of e-crypt engine doesn’t cause the conflict.

MBS did some major rewrites on the plugin structure this year. Make sure you’ve updated to 17.5.

And Einhugur has done quite a few updates recently as well.

Problem solved. Apparently The Einhugur e-CryptIt Engine 13.1.5 was corrupt. Installing a new copy fixed the issue. R3 is reinstalled and all plugins are now working correctly

Bob, I made sure that I had updated MBS to 17.5 and all my Einhugur plugins were the latest versions before installing R3 the first time.

Thanks for the help everyone!

Now get back to work. I’ll owe you a beer at XDC.

Now get back to work. I’ll owe you a beer at XDC.

Sadly, I won’t be at XDC in Denver. My son is graduating high school and that’s in the death march to graduation time period.

Sadly, I won’t be at XDC in Denver. My son is graduating high school and that’s in the death march to graduation time period. 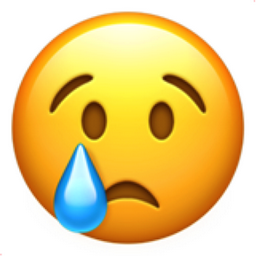