Opening a SQLite Database when is not known if is or not encrypted.

I thought that if the DB is encrypted the Try should Catch the error and allow to try again with a password, but Xojo crashes at the point.

How to know if we are trying to open a encrypted or not encrypted SQLite db? 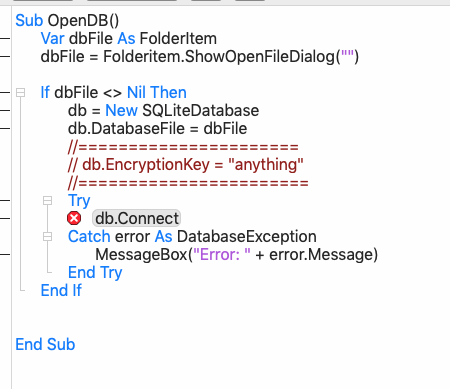 Sorry found the solution. Xojo stops execution because Break in Exceptions was checked.