This week I powered up my old G3 iMac.
I’m amazed to see that it powers up pretty much in the same time as my new MBP
I’m saddened to see that after 30 minutes use, I actually prefer the look and feel of OSX 10.3, metal windows and all.

Unfortunately I can’t install a printer driver for my printer, it doesn’t have wireless, and doesn’t play DVDs.
But its so pretty…

That one machine convinced me that Macs were worth developing for.
I really wish I could find a use for it today. 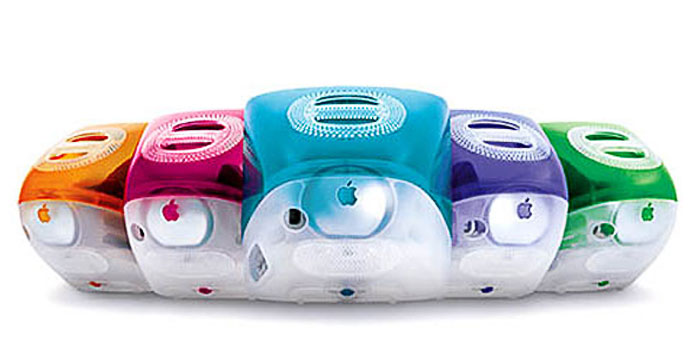 But indeed, the color G3 Acqua are still stunningly cute. Besides, they may very well become a collector item.

I keep around a Cube with 10.4 to be able to test if my apps still work there

I’ve got one of these that still worked when I last checked about 3 years ago. Its got a Danish system on it!

My mother has an iMac G3 “Snow” that should work. No one can throw these things away What do you mean find a use?
Use them for classic old games of course!

And I Love All.

I really wish I could find a use for it today.

Albin-- so true! You bring the hot tar, Ill bring the feathers.

Hmm, I wonder where my iBook Tangerine is…?
It’s actually lost somewhere and I have no idea where

They do make funky fish tanks - a tradition that continues from the original Mac, Fat Mac (512K) SE and SE/30 lines

I had a Quadra once. It would have been a great door stop. For a very big door

I just finished using a G3 Wallstreet (OSX.4) in a project. It worked fine. Network access was all that was required. Ran a RB2012r2 app and never missed a beat. No browser running, just the app.

Now it’s put away and probably won’t be used again. A great computer.