[quote=482781:@Michel Bujardet]Vista was WAY worse than Catalina. It was a deep, intense, utter failure, with illusions of grandeur, and the elegance of a pachyderm…

BTW, it was supposed to be a Mac killer :D[/quote]
Ironically… It was the advent of VISTA that caused me to jump the Windows ship and land on macOS…

My main machine is still running Mojave… (j not h)… but I have “played with” Catalina, by creating an external boot drive.

The good part of a VM is that you can edit and test in a Mac and move the compiled Windows exe app to a Windows VM window (yes, live drag and drop), and test it right away without booting. Same with a Linux VM at the same time. And it allows the reverse, edit and test in a Windows machine, save the source, close. Open it in the shared folder of the Mac VM, compile and test too. Speed is not an issue for business software. WHEN booting the OS is important? Sometimes, when you need something more hardware and speed dependent, its better do it directly, like testing your “video game” app, video edition app, connecting/disconnecting devices, reading real hardware directly, etc.

Its great to be able to have both OSes running at the same time.

Its not free like Virtualbox but I feel parallels is well worth the cost.

That sounds exactly like Catalina. I shudder every time I think of the coming stupidities in June for Catalina times 2.

Second this… I moved straight from Windows and PocketPC on Phone to the new iPhone and Mac. Aanybody remembers the Switcher ad campaign?

Moving fast-forward. I am more and more caught in similar position on Mac today. About departing to GNU/Linux - Debian Gnome as my first choice and new homebase because the same reasons. 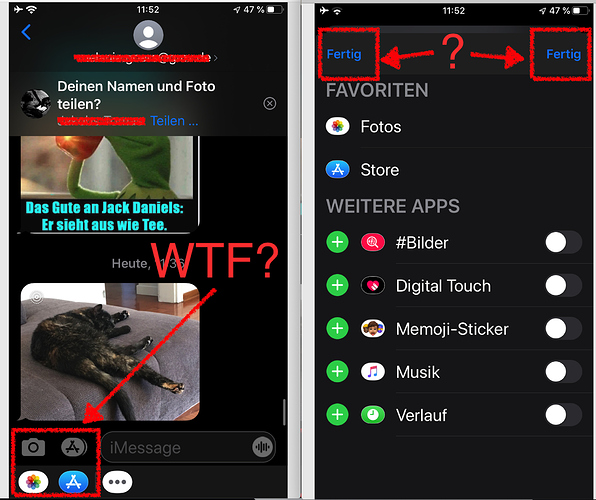 Let’s move on to iTunes aka Music. Every month I see at least one advertisement for Apple Music. No, I do not want it. Yes, I really do not want it. No, again. At least once per month I am getting nudged and asked over and over again making it almost impossible to play music. Need I mention the podcast app? Shall I start ranting about iCloud?

I do not use other peoples’ computers by design and default neither Azure, AWS, Dropbox, Google or iCloud. I am in a favorite position not using the so called “social” media at all. For many years I am running my own Cloud on my own hardware in my office with my Music streamed via Subsonic/Ampache across all my devices. With synced Bookmarks all across my Firefoxes on many different platforms (Windows, Linux, Mac). And of course with all my Documents, Project files, Notes, Calendars and Contacts over open, secure and matured interfaces.

The latest macOS doesn’t improve anything it is a mixed bag of anything but with less orientation, less comfort and less usability at all. But it as Memoji Stickers every where… yeah… seriously?

This bring us back to topic. There was a time, where the Mac was the best choice if you would like to be platform-neutral. If you need to work with Windows Guys aswell with the Unix/Linux Guys. I’ve chosen XOJO because of its cross-platform approach over the Windows-centric Visual Studio. These times seems to be far far away on a current Mac. I rather choose GNU/Linux today.