Have taken the Example ListboxReport and have added two more columns to the report
after adding one more the report came out fine but after adding the fourth column the
Lines in Print Prevue are double spaced (In the actual print also) and I have checked thru
the code cannot see what is wrong.

I enlarged the (print) window (at run time), but the data width stays the same…

Yes have tried that but no luck. seems no matter what i do it still prints double spaced.
Have even checked to see if the text had CRLF on the end but no.
Just have to stay that way I 'm afraid.
Now I just need to find out how to ad a new report for a second print job.

and the detail area in design are just one row high?
and all controls have same hight.
is there an invisible element after drag drop or something.
are there any before print events.

All I did was to move the existing stuff over and add two new ones, i then altered the code by copying the exist code and changing it to the new variables.
It work fine if I leave it at three but as soon as I add the fourth one it wraps the text around.

Have even tried some other dummy text by using string instead of my data and it still does it, will double check and see whathappens. 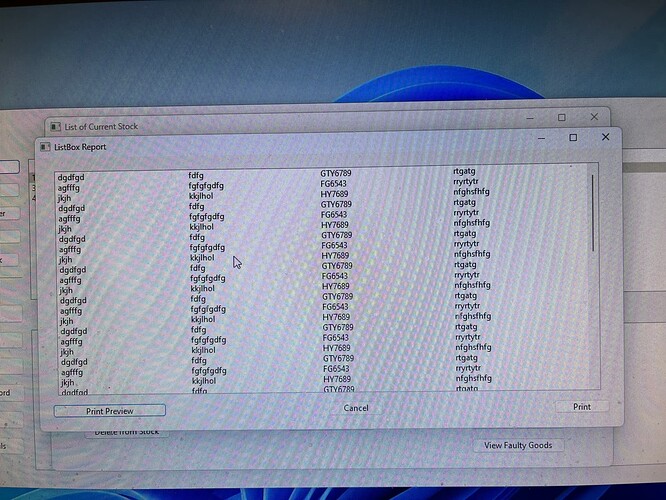 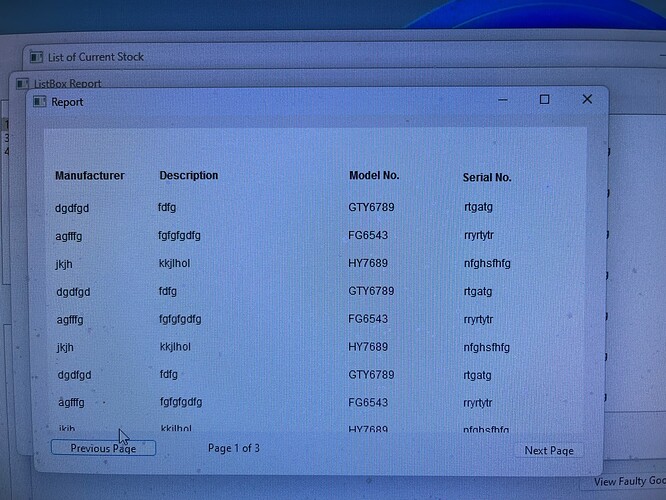 First Pic show the list I waant to print out in columns and the second one is the report show the double line
spread.
I have also notice that no matter how I move the headings and data fields they always appear in the same place.

The data is trash as not using real data.

Weird that you say that this only happens when you add 2 more columns, this is what I see on a Mac just running the example: 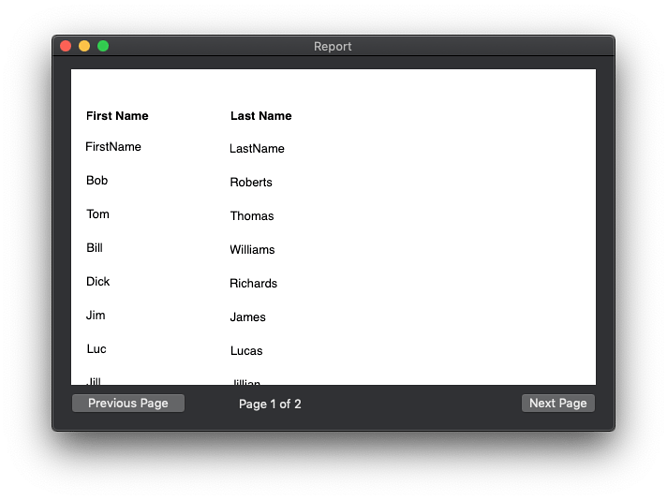 I changed the report body Height from 0.5 to 0.25 and now the example shows:

To Be honest I did not see that option so Thamk you and have altered my report and now prints out fine.

Thank Very Much for taking the time to help.