How do you keep track of changes for next versions?

I am wondering what is the best way to keep track of changes/additions etc for released versions?
Thanks
TIm

I keep updating the README or other text file with the changes in that version.

Do you mean changes in your own software you are writing? As I code new stuff, I commit more or less daily to my version control system (git) and always put in a useful commit note. When a release is ready, I only need to review my commit notes since the prior release to come up with a quick list of “what’s new!” that can be published on our website.

I have a Notes module in my software and for each version I jot down what I’ve done. Many times it’s the same as commit notes but not always.

I keep updating the README or other text file with the changes in that version.

I tried that, and asap, I started to forget to wrote in the text file and some months later, I realized that I totally forgot to write anything since months

Edit:
now, I try to add a date in the comments when I add/change/comment a feature

Interesting. All are manual methods. Probably the commit is the best, but the todolist might be a way to start off.

using Xojo, I made a small app just to record the changes in every project. then the app compiles the notes for each release. 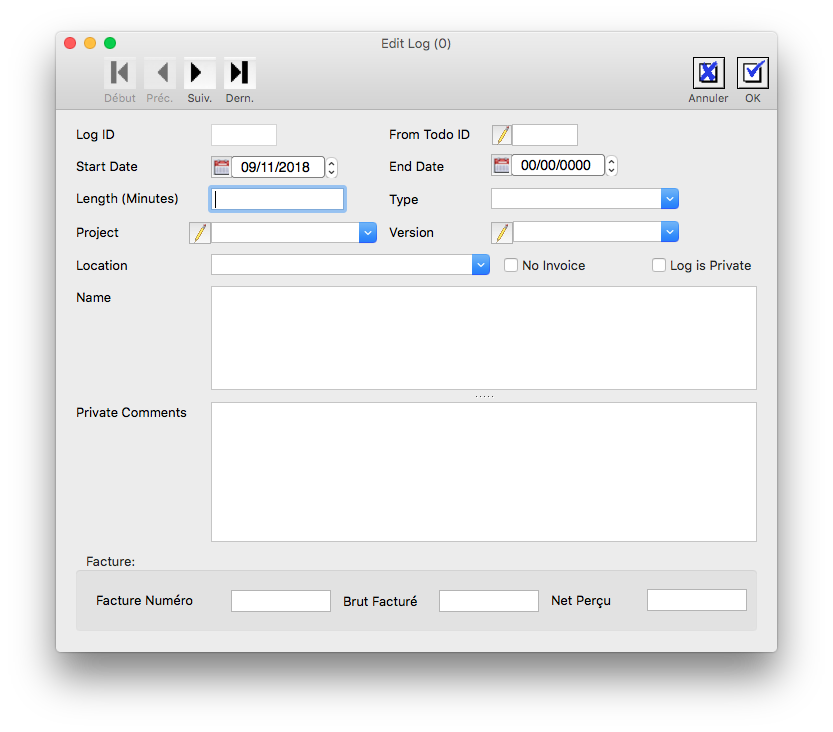 I have a hosted Redmine. I was using a local Redmine but after some fun with the updates from Bitnami I switched to a hosted one. Costs 9 Euros per month but I don’t have any trouble with updating anymore. It gives me a list of changes out of which I make a list of new features and bug fixes. For the small stuff I use Wunderlist.

One can also set some Note(s) all along the application developent, and in the end, run a XojoScript that collate all and generate the Release Notes automatically.

Command-Option-N, note name and description is not a hard job.

I take a more proactive approach where I write out the features with proper descriptions I want to implement before I start writing code. By doing this, I have the version history nearly complete and a personal road map for the version. I like to use “TaskPaper” as the tool to record this information.

I just keep the release notes in a module. Each note is preceded with a unique three letter code in brackets:

Then i comment each changed line or block of code with the code:

I can search any code and see everywhere I made a change for that bug or feature.

Simple, and has been working great for years.

Version control. Each change is its own commit, so I just compare the logs.

Version control. Each change is its own commit, so I just compare the logs.

That just tells you WHAT changed… but not WHY

That just tells you WHAT changed… but not WHY

Every application has a help file, and within the help file is a list of versions, changes, descriptions and notes.

What are you guys using for a Github client? And where/how are you making change notes?
Thanks for all of the feedback and discussion!

I’m using MantisBT for all this stuff (new features, changes and fixes in every app version basis). http://mantisbt.org

I made my own updater using XojoScript and a program on my software server. It gives me options for Alpha/Beta/Release/ builds as well as notes and auto-incrementing version number. Alpha builds only get pushed to me, clients have an option for beta or release builds. The software automatically looks at all the new versions and compiles a list of the changes. As I push alpha updates about once a day, it’s not too much to remember and everything gets documented. I also save a version for each release so clients can roll back if they need to.

A while ago I used git until it bit me hard. For some reason, Xojo wasnt able to save the project because git was hijacking it. One day I closed and reopened the project, when I looked I was stunned, it was a month behind. I thought there was no way, I went to my timemachine backup, dropbox and git and it had nothing for a month. Xojo never gave any indication that it had been failing every save for a whole month. After being burned that hard and my free student subscription running out I dropped git. Now I just use dropbox and timemachine for version control and backup along with my own home server setup.